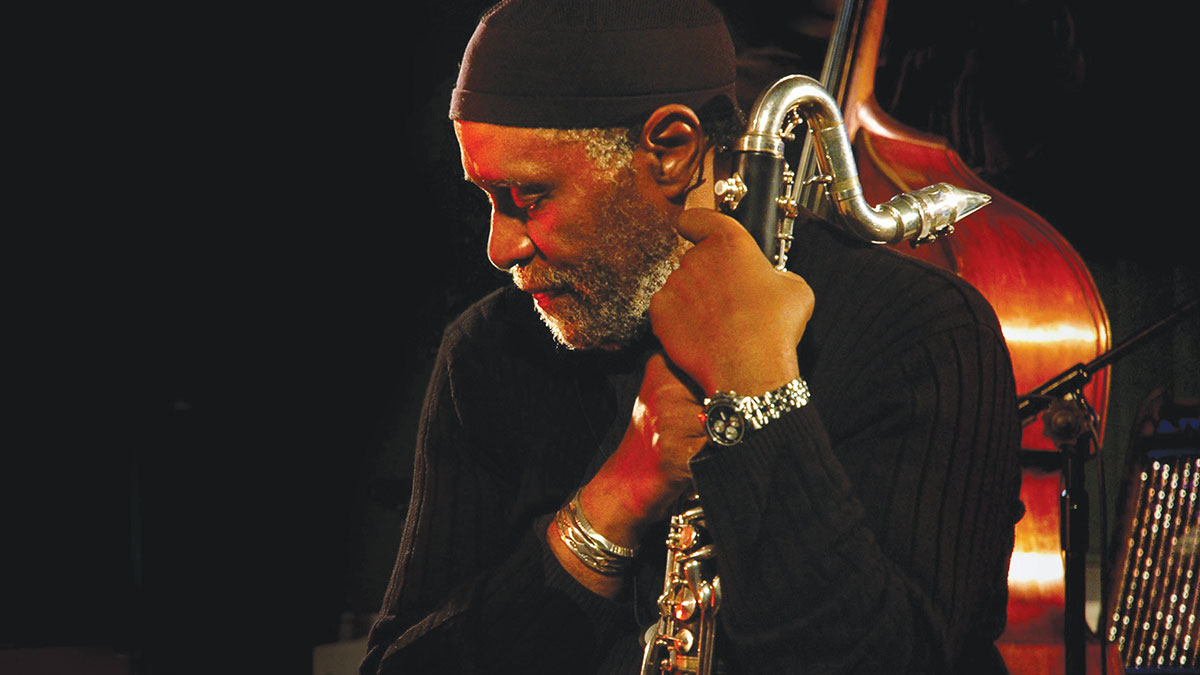 Bennie Maupin doesn’t want to talk about the past. It’s not that the 78-year-old reed maestro has secrets to protect. He’s just more interested in where his music is going than where it’s been.

Maupin understands that writers want to ply him with questions about his epochal recordings with Miles Davis and Herbie Hancock, but “much has already been written about Bitches Brew and Head Hunters,” he says from his home in Los Angeles. “I don’t want to be redundant. Keep it in the moment. Our trio is what’s happening now.”

Happening is one word for Options, the extraordinary new ensemble that makes its only Northern California stop on Monday, Sept. 9 at Kuumbwa. Featuring the supremely talented drummer/composer Nasheet Waits, who recorded a series of acclaimed albums with pianist Fred Hersch’s trio, and bassist/composer Eric Revis, best known for his ongoing two-decade tenure with saxophonist Branford Marsalis, Options spins open-form improvisations that unfurl like soul-bearing conversations.

Options is a confluence of Maupin’s present and his past, particularly the people in the project. Revis and Waits are longtime bandmates in the acclaimed collective combo Tarbaby (which has played Kuumbwa several times in the past decade). But Options’ roots go far deeper. Maupin came up on the Detroit scene in the late 1950s with Nasheet’s late father Freddie Waits, a widely esteemed drummer who worked with heavyweights like McCoy Tyner, Kenny Barron and Andrew Hill.

“He’s like my nephew,” Maupin says. “I’ve known him and his brother all his life. When he called me about this, I immediately said yes. It’s a nice situation for some real sensitive playing without piano or guitar, a setting that opens up a completely different area in terms of sounds and colors. It’s going to be a very exciting adventure.”

Maupin’s past is so rich, it’s hard to not talk about it. He’s one of those rare players who actually changed the sound of jazz. He established himself as a rising force on tenor saxophone in the late 1960s via albums like Horace Silver’s Serenade to a Soul Sister, Lee Morgan’s Caramba! and McCoy Tyner’s Tender Moments. He plays soprano sax and alto flute, but his most profound role was in adopting the bass clarinet after Eric Dolphy introduced the horn in the late 1950s.

He joined another brilliant aural adventurer as a member of Herbie Hancock’s Mwandishi band. And when Hancock changed directions with a funk-infused sound introduced on the hugely influential 1973 album Head Hunters, one of the best-selling jazz albums ever, Maupin was the only Mwandishi player who made the transition.

In many ways, Maupin’s uncompromising path was set by his early encounters with Dolphy and Coltrane in Detroit. He met Trane first, and encountered Dolphy a few years later, when he came through town as a member of John Coltrane’s band, and was immediately inspired to start playing bass clarinet.

Dolphy was renowned for his generosity, and when Maupin introduced himself and mentioned he was starting to play the flute, “He just looked at me and extended his hand with his flute and said, ‘Play something for me,’” Maupin recalls.

“It was an open-hole flute, and I had never even held one. For the next half hour, he gave me a flute lesson right there in the club. He pointed out certain things to me—about my embouchure, how to keep the tone alive, supporting it with air. He was so patient. He kept guiding me and guiding me.”

In recent years, Maupin has embraced his role as a venerable elder of Southern California’s surging creative music scene, where he’s a faculty member at the California Institute of the Arts. When he talks about the music he’s been making lately, he’s more likely to mention a former student who invited him to record than namedrop a fellow luminary.

“There’s such a large cadre of young musicians who’ve finished their master’s doing interesting projects,” he says. “Working with these young musicians, it keeps me fresh. We need them, and they need us.”

Next ArticleLife’s a Dream, the World Our Stage: Risa’s Stars Sept. 4-10