.Building on the ’80s Sound with Bandaid Brigade 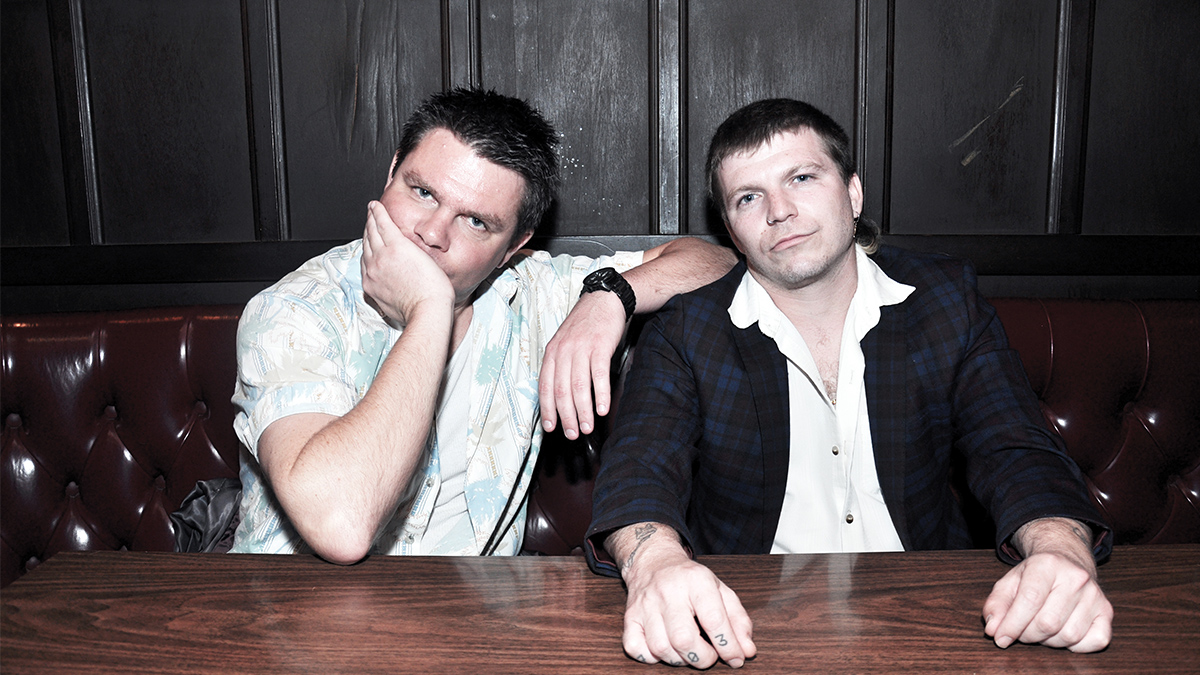 If you ever saw Zach Quinn play live, he was probably shirtless and a little insane. As the singer of New Orleans hardcore band PEARS, Quinn is an explosive front man—part Iggy Pop, part Henry Rollins. But when he started Bandaid Brigade with friend Brian Wahlstrom, the music quickly headed in a different direction.

Yes, you read that right. Normally inspired by bands like Discharge and Minor Threat, this time around Quinn’s influences were “Land of Confusion” and “Invisible Touch” hitmakers Genesis. There was, however, a catch.

“We wanted to do the ’80s without all the things that were terrible about the ’80s,” he says, before pointing out that “every Genesis song is five minutes too long,” and that “the ’80s were fucking bad.”

So then why does “Travel Light,” Bandaid Brigade’s first single, sound so good?

Driven forward by a disco beat and funky clavichord, “Travel Light” could have been the best song of 1986, were it not released in 2019. The vocals are smooth, and the synths floaty. And true to Quinn’s manifesto, it ditches Genesis’s excess in favor of a lean song structure, flying by on the strength of its melody and the relentless push of that funky clavy.

“That tune in particular was kind of the jumping off point,” he says. “Originally, it was more like both of our solo material, kind of subdued and quiet. But we decided to lean into whatever old rock influences were creeping in.”

The two first met on a European tour with Joey Cape, the singer of influential skatepunk band Lagwagon. There, Quinn and Wahlstrom formed a musical friendship based on the sounds of the Dayglo decade. As a piano player, Wahlstrom had grown up learning piano-based classic rock song by artists like Billy Joel and Elton John. As the son of two cover musicians, Quinn had been raised in a house where Peter Gabriel and Stevie Wonder were often the soundtrack.

But more than just an exercise in genre, “Travel Light” also has an emotional core. Recorded just days after singer Wahlstrom found out his wife was leaving him, the lyrics are a sincere reflection on the transience of all things.

“Addendum be damned. Don’t need it. Sooner or later, we’re all gonna eat it,” he sings in the pre-chorus. A moment later, the Queen-like choir of background vocals enters, sweeping upwards and leading to Quinn’s chorus: “Time flies, so keep me close tonight/I’m on the go, I travel light.”

“We went in with chord changes and basic arrangements and let it go from there,” Quinn says. “We weren’t sure it was going to work. I’d never laid down slap bass before. But it worked. It was some of the most fun I’ve ever had in the studio.”

While “Travel Light” is Bandaid Brigade’s only single thus far, the Crepe Place show will offer a sneak peek at the rest of the band’s material, ahead of the Jan. 21 release of their debut LP I’m Separate.

“Everybody should come to the show, get excited about the tour, and then hear the songs with like a million more Genesis-y instruments over them afterward,” says Quinn.

Next ArticleA Year Like No Other: Risa’s Stars Jan. 8-14