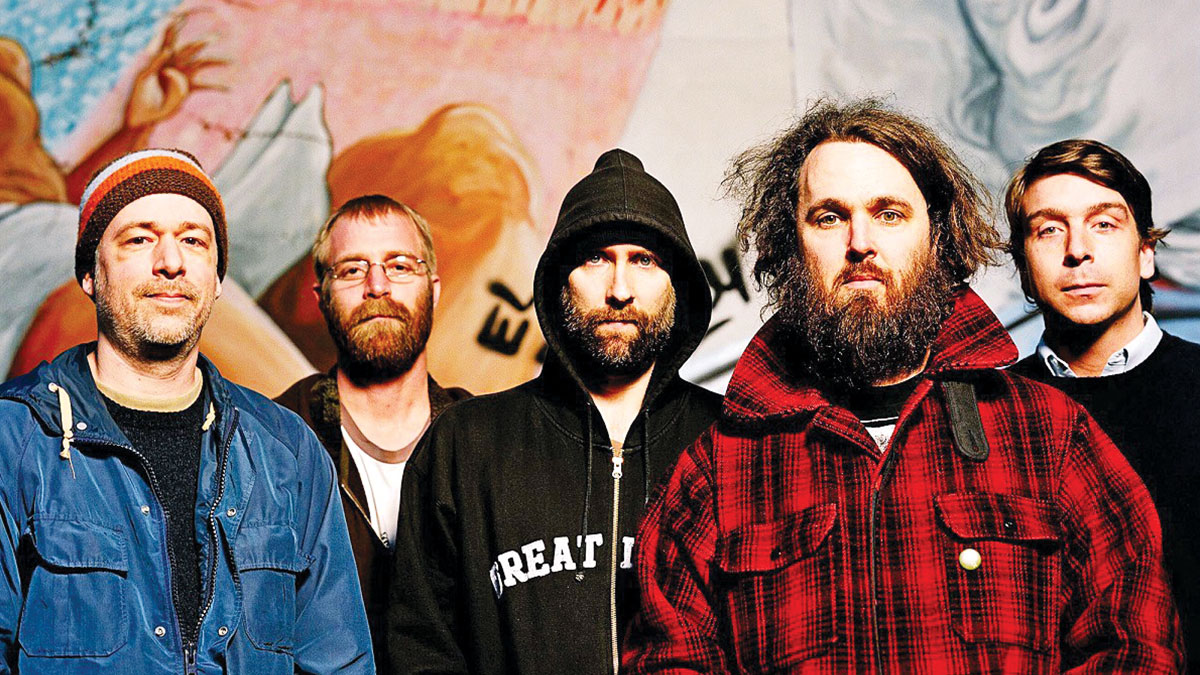 For a generation of indie rockers, the 1999Built to Spill album Keep It Like a Secret is one of the great heavyweights, an album up there with the undefeated champs like Pavement’s Crooked Rain, Crooked Rain, and Modest Mouse’s Lonesome Crowded West.

Located in the band’s catalog between two longer, more meandering albums, Keep it Like a Secret plays out almost like a pop record—nimble and confident and endlessly resourceful—but something much more daring. Pitchfork called it one of the 50 best indie-rock albums of the Pacific Northwest.

In February, Keep it Like a Secret hit its 20-year anniversary. Doug Martsch, Built to Spill’s singer, guitarist and sole constant, has been revisiting the album.

“I think the record still sounds really cool,” he says over the phone, from a Seattle green room. “I listened to it a little bit before we learned the songs. [Producer] Phil Ek did an amazing job recording it. It’s ambitious. I like that about it.”

On opener “The Plan,” the band spends half the song developing one of its catchiest hooks before taking a sharp turn, digging into a massively discordant bridge, shrieking with feedback. When the melody finally returns, the song opens bright like a clearing in a forest. On mid-album highlight “Time Trap,” the band develops a groove and coaxes it into a fine bloom, only to stop abruptly and begin the first verse at a different tempo.

“There’s this balance in music,” Martsch says. “I don’t know how it’s accomplished, but I’m always trying to do it, where things are conventional, and are pleasant to the brain, but are challenging, too. The Beatles did it, so it’s not a new thing.”

Keep it Like a Secret was the band’s second major-label release. First was the ponderous, nearly doomed Perfect From Now On, a Gordian knot of a record filled with interweaving guitar parts and sinuous counter-melodies. Though Perfect went on to be a critical hit, by the time it was finally released, it had become something of an albatross to Martsch. After a painstaking original session that saw Martsch playing everything but drums, neither he nor producer Ek were happy, so they started over from scratch. After another full recording session (this time with a real band), the master tapes from the second session melted while en route from Seattle to Boise. By the time it was done, Perfect From Now On had taken almost a full year to record eight songs.

“That record before was a real drain,” Martsch says. “Working on those songs took so long. It became really complex, and taxing. I was burnt out.”

When time came to start working on a follow-up, he opted for its diametric opposite: shorter songs, and more collaboration.

“I think it was the first time where we made a record where the guys were more set in the band,” he says. “We all played together a lot and had been for a while. It was more collaborative in spirit and music.”

Twenty years later, the album still sounds fresh, unperturbed by the changing currents of music in the intervening years. Counter-intuitively, a strange status as a major-label band without any hit singles may be the secret to enduring success; rather than coming to the band from a specific song, fans tend to form connections with Built to Spill albums.

“We’ve been blessed to have a long career without any of the pains of success,” Martsch says. “The fans who are there have found it on their own. Nobody shoved it down their throat at some point. Nobody’s waiting to hear just one song. It’s incredibly satisfying, the career I’ve been able to get out of this.”