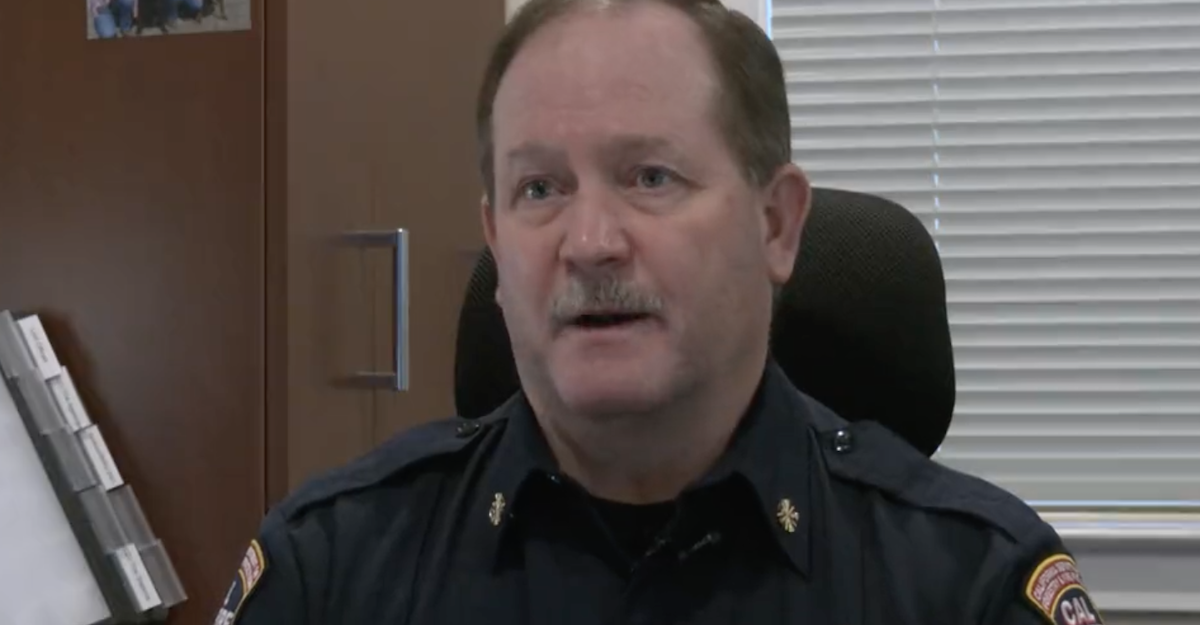 Ian Larkin, who has headed up Cal Fire’s San Mateo Santa Cruz Unit since May 2016, has announced his retirement, capping off a career that spanned three decades.

Born and raised in Watsonville, Larkin now lives in Scotts Valley with his wife and two daughters.

Larkin says he did not initially set out to become a firefighter. Instead, he was studying to become a mechanical engineer when a friend convinced him to be a volunteer firefighter, a decision that changed the course of his life.

“I went on my first call and I was hooked,” he said in a video statement on Facebook.

Larkin began his career with Cal Fire in 1990, and joined the Aromas Tri-County Fire Protection District the next year. He went to work for the San Benito Monterey Unit in 1993. He has also worked with the Peninsula Battalion at the Pebble Beach and Carmel Hill Fire Stations. He has also served in several other administrative roles.

That experience came into play in August 2020, when thousands of lightning strikes in the Santa Cruz Mountains caused 585 fires, 24 of which became major fire events that collectively became known as the CZU Lightning Complex. That blaze burned more than 86,000 acres in Santa Cruz and San Mateo counties and destroyed nearly 1,500 structures. Firefighters from throughout the state came to assist with the fire.

During the following month, Larkin faced, among other things, a lack of resources he needed to battle the blazes.

“It was almost mind-boggling,” he said. “It doesn’t matter how many resources we order, we were still only getting these limited amounts coming in each day to support our catastrophic event.”

Larkin says both Santa Cruz and San Mateo counties are 100 years behind in fuels management efforts—that is, reducing the brush and other burnable material that can fuel devastating fires.

“If we don’t start reducing the fuels around our communities and protecting them, it’s only a matter of time before we have another catastrophic event,” he said.

In his retirement, Larkin says he is looking forward to spending time with his family.

“When you do something this long and take as much pride in it, it’s with mixed emotions,” he said. “But I’m excited to start the next chapter in my life.”