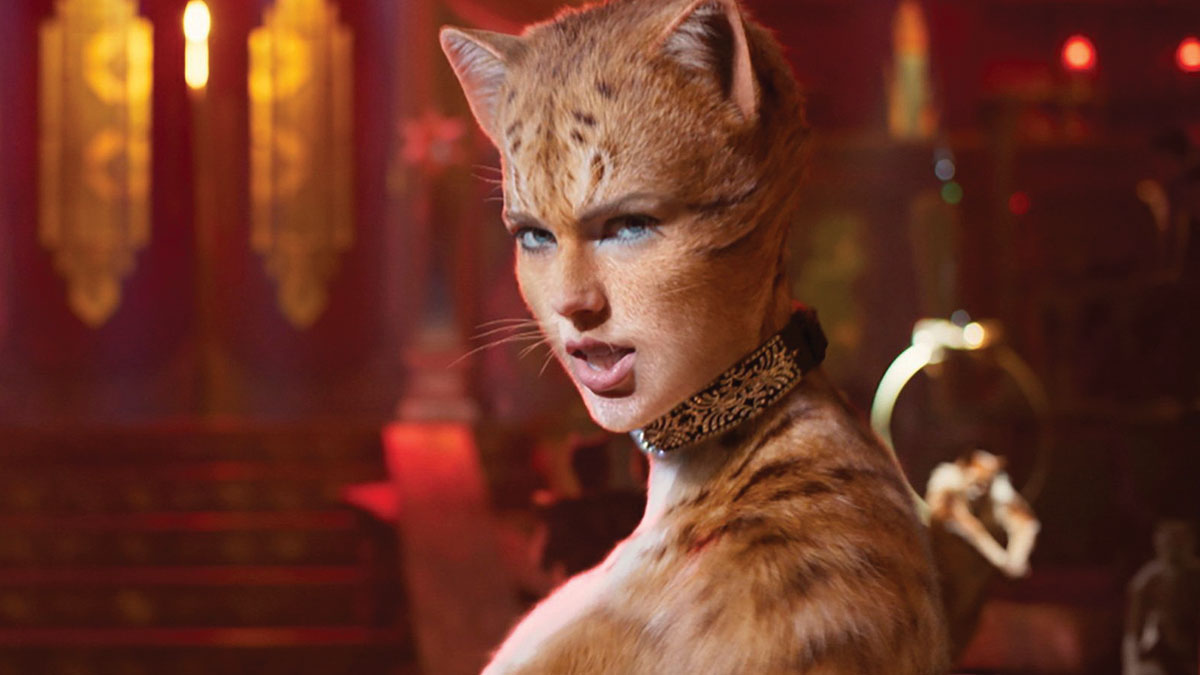 If you’re going to have any fun at Cats, you’ll have to take it for what it is: a movie based on a bit of musical theatre fluff with people dressed up like cats. If that sounds too precious, then by all means, go watch something serious. But there is fun to be had at this adaptation of the blockbuster stage production, and it’s the holidays, so you might as well have it.

First produced onstage in London in 1981 (and on Broadway the following year), Cats was an innovation for its time. In setting music to T. S. Eliot’s fanciful poetry collection Old Possum’s Book Of Practical Cats, composer Andrew Lloyd Webber created a song-cycle told entirely in music and dance instead of dialogue and conventional narrative. His risky experiment paid off—the original West End production ran for 21 years, the sixth-longest-running show in London history, and the Broadway show played for 18 years to become the fourth-longest-running show ever on the Great White Way.

Still, it’s problematic for a movie adaptation, which may be why it took 38 years for someone to try. It’s easier to suspend disbelief over humans pretending to be cats from the second balcony of a live theater than up close on the movie screen. In the capable hands of director Tom Hooper (The Danish Girl and The King’s Speech, as well as the massive Les Miserables), the cat characters do rely on some motion-capture effects, but even more so on the performers’ chutzpah, which gives the movie random moments of weird, retro charm.

A tribe of felines gathers in the deserted streets one night in and around an abandoned theater to decide which among them will be chosen to ascend to “The Heaviside Layer” to be reborn into a new life. It’s basically a series of vignettes in which each individual cat does his or her shtick, but Hooper and co-screenwriter Lee Hall inject a little propulsion in the counterpoint campaign of the sinister Macavity (Idris Elba) to eliminate the competition and become the chosen one.

Other players not usually thought of as musical performers include Ian McKellan as Gus, the ancient Theater Cat—all coy eyes and shabby nobility—and a quite wonderful Judi Dench as the regal matriarch of the cat clan, Old Deuteronomy (in a gender switch from the stage original).

Taylor Swift plays sexy Bombalurina, and Rebel Wilson sings and does some corny slapstick clowning with a trio of mice and a chorus line of cockroaches (all humans shrunk to appropriate size) as Jennyanydots. James Corden pops up as the fat, fastidious Bustopher Jones (aka Puss in Spats), while veteran stage song-and-dance man Robbie Fairchild makes an excellent Munkustrap, the unofficial emcee and our tour guide into the feline world.

We see it all through the eyes of Victoria (Francesca Hayward, principal ballerina of the Royal Ballet), an innocent kitten dumped in an alley in a sack who is taken in by the cat colony. Her counterpart is the male ingénue, Mr. Mistoffeles (a shyly appealing Laurie Davidson), a young tuxedo cat in a top hat who attempts magic tricks. But most impressive is Jennifer Hudson, creating an emotional throughline around the elderly, outcast Grizabella, applying her big, powerful voice to the show’s one hit song, “Memory.”

The tireless corps of singers and dancers are always in motion, across the huge, sprawling oversize sets. (Although production designer Eve Stewart’s props can be disproportionately large, with glasses or bottles dwarfing the cats.) And the actors are great at miming cat mannerisms; especially fun is the way their tails and ears seem to have lives of their own.

Still, Cats is more spectacle than storyline, and there are times when the sheer, non-stop muchness of it all can be overwhelming. You may find yourself needing a catnap before the final curtain.