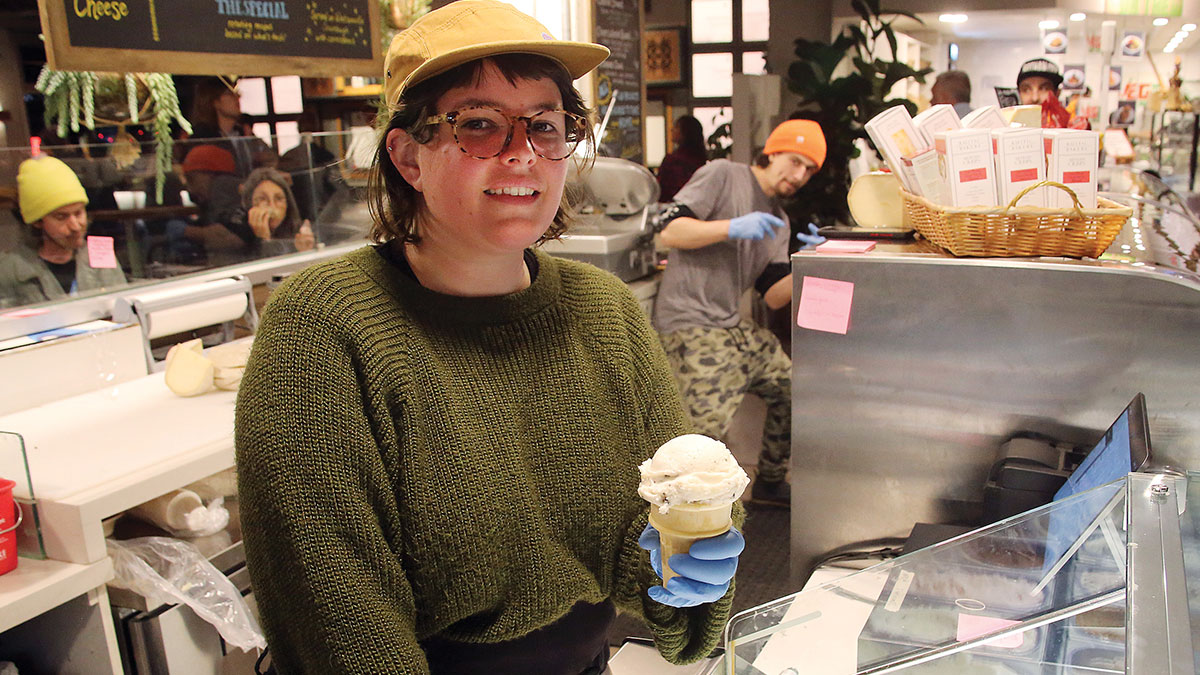 Reggie Jones knows a thing or two about really gouda cheese. After 20 years in the cheesemaking biz, Jones opened his first manufactury, Paso Robles’ Central Coast Creamery, more than a decade ago.

Central Coast Creamery sources as close to home as possible, which Jones says can be a challenge since there are only a few dairy farms left in Monterey, and none in Santa Cruz.

Why open a store here?

REGGIE JONES: It made sense for us to go into Abbott Square. They approached us. My family and I have spent a lot of time in Santa Cruz, too. We have a cheese called Seascape that we actually named after Seascape Resort in Aptos.

What got you into making cheese?

I don’t have a cool story about how I’m a fourth-generation cheesemaker or anything like that, but I graduated college in 1991 and there were no jobs. I had a biological sciences degree and I got a job in a lab of a mozzarella factory and it stuck.

When I opened Central Coast Creamery, we started with a goat gouda. All of the goudas that were being made were coming from overseas, and we figured that there was room in the market for a domestic gouda.