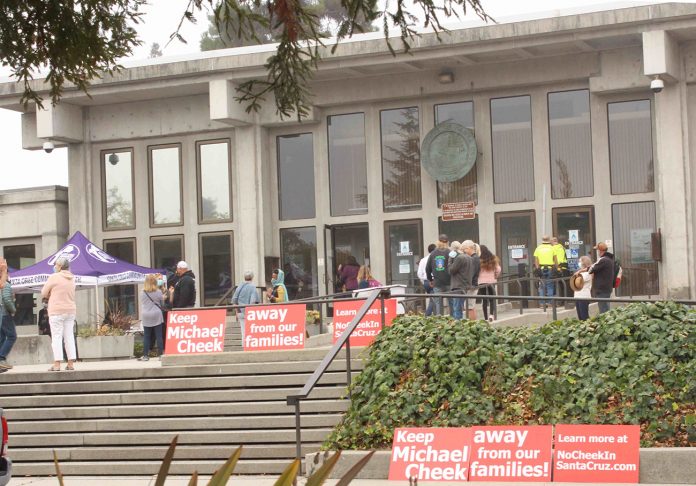 A judge’s decision to postpone the move-in of a man designated as a “sexually violent predator” is a denial of the man’s rights, according to his lawyer.

“We are disappointed that the judge extended the stay,” said Stephen Prekoski, Cheek’s public defender. “It compounds Mr. Cheek’s legal issues, which largely hinge on the delay in his release that has already occurred.”

At a Nov. 15 hearing, Cogliati ruled that Cheek could move into the Wild Iris Lane home, provided Liberty Healthcare, a state mental health contractor, put in security features like an automatic generator, floodlights and a GPS signal booster to improve monitoring of the patient.

She also noted current case law directs judges to ensure timely placement after a patient has been cleared for release, as is the case with Cheek.

It was a theme echoed by Prekoski in a statement provided to the Press Banner, in which he said he doesn’t believe the DA has much of a chance of prevailing on appeal.

“We also believe that any delay continues to constitute a significant due process violation and denial of Mr. Cheek’s fundamental rights,” he said.

It’s unclear when the Court of Appeal, Sixth Appellate District, might take up the case.

Mike Geluardi, the Bonny Doon Union Elementary School District board president, was in the courtroom on Nov. 29, when Cogliati extended the stay, alongside about 10 other community members.

“The tone felt quite different than the last bunch of hearings, in that the judge did not want to hear from Liberty,” he said. “She said they don’t have standing in this question.”

“I’m very happy about it, but my enthusiasm is greatly tempered by the reality that the placement has been approved,” he said. “Unless the appeals court reverses that, then Michael Cheek will move in here—and that is extremely upsetting.”

Further, Byers says, the proposed placement is too close to a school in violation of the law.

Prosecutors say they will ask the appeals court to issue its own stay.

The next Santa Cruz County court date is scheduled for Jan. 10.