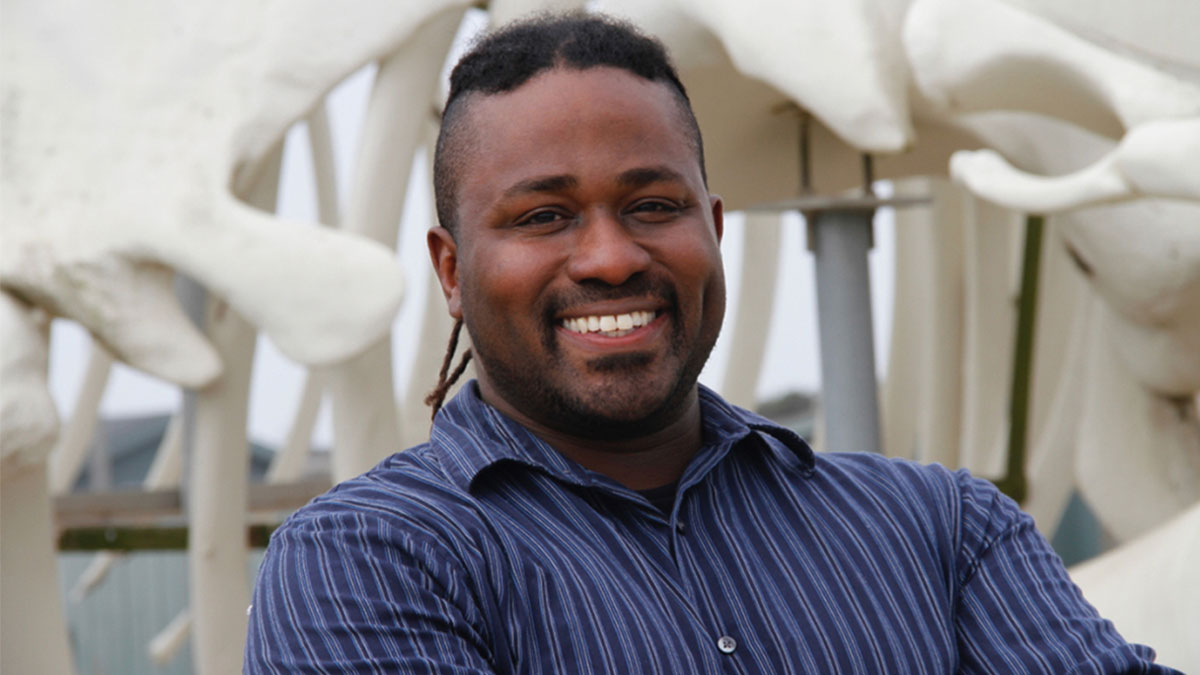 Update, Nov. 27, 5:30 p.m. – This story was updated with additional information, including new results, which were posted Tuesday, Nov. 27.

With the vast majority of the ballots counted, environmental educator Justin Cummings is the top vote-getter in the Santa Cruz City Council race. Community organizer Drew Glover, who ran on a slate with Cummings, is third in the race for three seats, which would be good enough for a majority for the council’s far-left wing, currently led by councilmembers Chris Krohn and Sandy Brown. Environmental consultant Donna Meyers is in second.

Cummings remembers feeling overwhelmed and “pretty shaken” the day after the election—he was in second place in the early ballot counting, and it was starting to sink in that the hard work on his campaign had truly paid off. The more Cummings had time to recuperate from the campaign trail, the more excited he became. “I’m just trying to figure out how I’m gonna organize my time,” says Cummings, who already works long hours at his day job.

Customarily, the top two vote getters each serve one year as mayor, although the decision is ultimately left up to the council. There are a few thousand provisional ballots left for election workers to research and count, but Meyers is currently 1,300 votes ahead of Glover for second place.

Before deciding how he would approach his year as mayor, Cummings says he wants to get to know city staff, and continue thinking about the issues. If selected to serve a term as mayor, Meyers says she would focus on homelessness issues, climate readiness and housing affordability—especially in light of the affordable housing bond failing to earn a two-thirds majority at the polls.

Glover and Cummings have been steadily rising in the vote count since results first started coming in. And in the tally announced the Tuesday, Nov. 20, Glover finally inched ahead of Larson, who wrote on Facebook shortly after that it looked unlikely that he would surpass Glover.

Although optimistic about the returns, Glover hasn’t announced victory. “I try not to focus on things that are totally out of my control,” he says.

Assuming the results hold, Cummings and Glover will be the first two black men to serve on the Santa Cruz City Council, where they’ll join Vice Mayor Martine Watkins, who became the first African American ever elected to the body two years ago.

Going forward, the arrival of a new majority would call into question several important projects, including the future of a mixed-use parking garage and library, as well as solutions to the housing crisis. (Krohn cast the lone dissenting vote this past summer against a robust housing plan initially kick-started by Councilmember Cynthia Chase’s outreach as mayor.)

Glover says that if the council chooses to pass a rent control ordinance, he believes it would want to tone down some of the more controversial elements of Measure M to address concerns from opponents.

People are sure dissect the election looking for takeaways, and one lesson may be that fundraising isn’t everything. Glover set a surprisingly low fundraising limit for himself of about $10,000. He ended up raising $12,800, as of Oct. 31, according to reporting forms submitted to the city of Santa Cruz.

Glover feels that voter response to his candidacy sends a powerful message. “It’s more in the connections you make in the world than the money you raise in the campaign,” says Glover, who grew up in Santa Cruz.

Glover wouldn’t recommend his strategy to everyone, however. He says that a candidate needs deep roots in the community in order to pull it off.

In Larson’s campaign effort, the city management consultant went in the opposite direction. Larson broke the voluntary campaign spending limit of $39,900, after initially signing on to it when kicking off his campaign. City Council candidates have yet to submit their final round of paperwork, but Larson says he ended up spending more than $50,000.

Larson says he felt he needed to raise lots of money to make up for his late start in the campaign, which he launched in August, shortly before the filing deadline. He believes that if he had launched his campaign earlier, he would have had a different result on election day, but says that he wasn’t able to announce sooner because of business and personal reasons. Although the field looked crowded on paper, Larson felt at the time that there were only a few serious candidates, and he believed that was good enough to provide an opening for him. He says he didn’t expect any other candidates to drop out after he threw his hat in, and that the fact that he got so close has him considering another run  in 2020 or 2022.

There may be lessons in the race’s crowded field, too. The election had 10 candidates vying for just three seats. Other than Cummings and Glover, all of the candidates were either relatively moderate or right-leaning.

Supporters of the public safety group Take Back Santa Cruz, which doesn’t make endorsements, had their eyes on four candidates, all of whom were active and popular on the group’s Facebook page: Larson, Noroyan, Ashley Scontriano and Paige Concannon, the race’s only Republican. All of them came up short.

Those four were also the only candidates that the local public safety blog Santa Mierda—which covers crime and complains about progressive politics—wrote about favorably in its election guide.

Even aside from that core group, there was still disagreement and confusion about who the strongest public safety candidates were. Meyers, for example, wasn’t typically lumped into that group, but did earn endorsements from the Police Officers’ Association, the local firefighters’ union and the Police Management Association.

“They splintered each other,” Glover says. “There was infighting going on. There was combativeness that was made public. There were all of these obstacles that they basically put up themselves. The question I would pose to voters is, ‘What kind of leaders are you looking for? Do you want leaders who would lift each other up and work together or rip each other down in a conquest of power?’”

Former Mayor Mike Rotkin endorsed three of race’s centrists: Meyers, Larson and Noroyan. He gives credit to Cummings and Glover for running on a united front.

“Those guys were united, they were the only candidates who supported M,” Rotkin says.

Rotkin agrees that Larson, who he called the most qualified candidate in the race, probably should have entered the race earlier. If he had, Rotkin says, Larson’s presence may have dissuaded other candidates from jumping in. In hindsight, Rotkin suggests that instead of declaring late, maybe Larson should have just sat the election out.

“You run seven or eight candidates for three seats,” he says, “you’re gonna get your butt kicked.”

Update 11/26/18: A previous version of this story mis-reported Mike Rotkin’s position at UCSC.