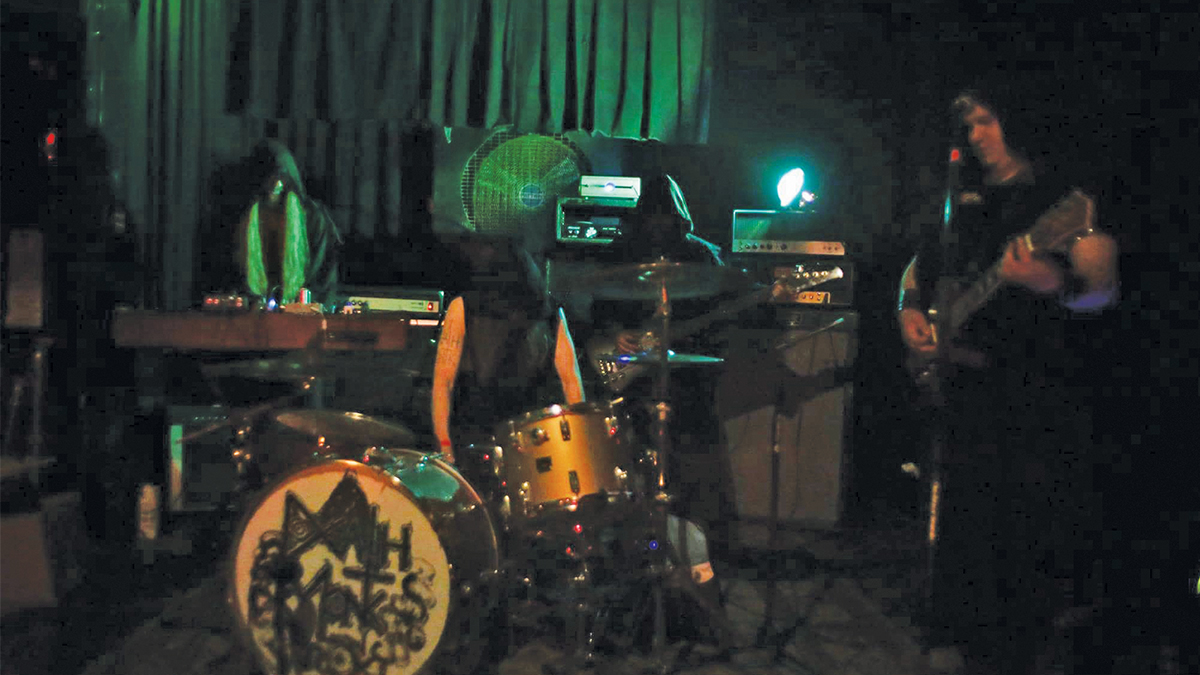 Death Monk plays slow, deeply intense doom metal songs. And they are monks, as in they wear robes and each member is a “friar.” The songs can be so long that sometimes one fills a single set.

“It’s setting a mood, because some of the riffs are repeated,” guitarist/vocalist Friar Eric tells me. “They’re the same riff, but played differently, so it’s kind of a slow build. There’s not a whole lot of sporadicness. It’s very simple. It’s very straightforward. There’s a certain feel to the music.”

When the band formed several years ago, Eric and drummer Friar Samuel wanted to create music that was surfy, but had a doom edge. It didn’t stick. The kind of music Eric and Samuel ended up writing together was slow and very much in the doom vein. Incidentally, Friar Samuel now has another band, Cosmic Reef Temple, that did take on the surf-doom mantle.

As Death Monk has continued to play, the members are finding that they are writing songs even longer. Sometimes they’ll headline a show and play a single song for an hour.

“You definitely get caught up in the moment and just lose track of time,” Eric says.

That’s not to say they don’t have some shorter material, too. But according to Eric, one of their newest songs, “On the Path to Acedia,” is only getting longer the more they play it. It started out at 30 minutes and has crept its way to 40 minutes.

“It feels cool to play. It’s not boring. You get attached to it,” Eric says. “I don’t know how the song keeps getting longer, but we just get more and more into it. Who knows how it will end up.”

Next ArticleGiveaway: Amendola vs. Blades vs. Parker vs. Baptista