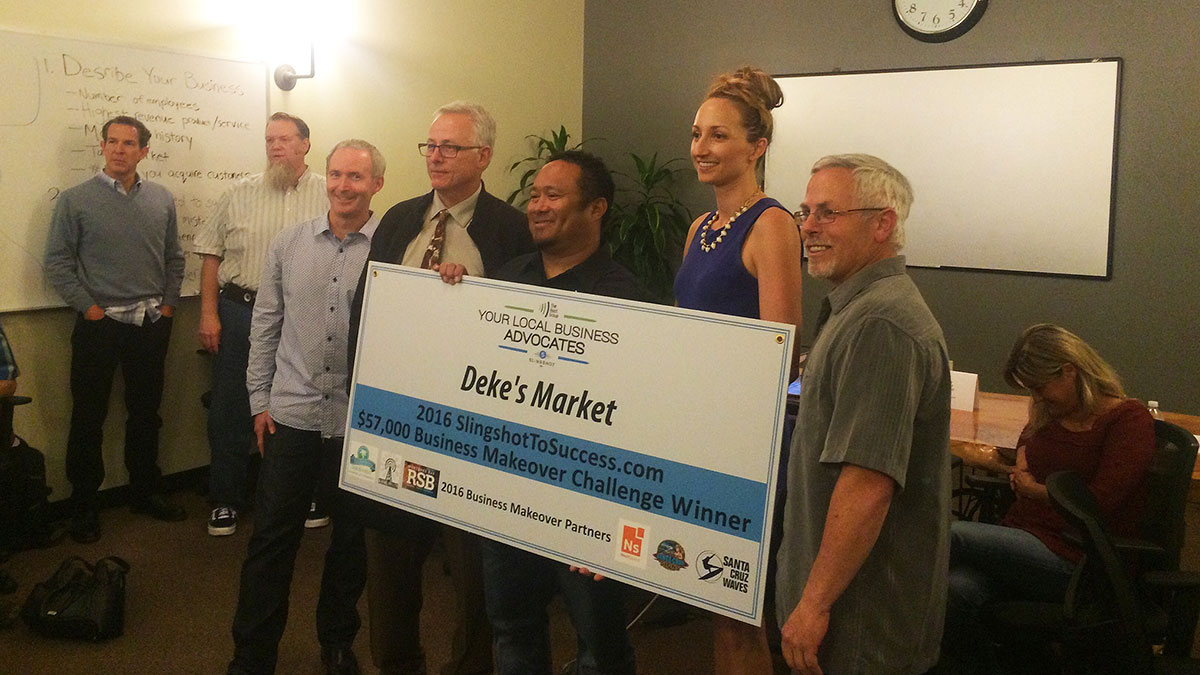 “This is exactly what we needed,” says Deke Ramirez, owner of Deke’s Market and In Mah’ Belly Deli, holding a giant, novelty-sized check for $59,000, as his wife, Kimberly, tears up across the room. “We were at a point where we were going to consider selling the market, because we were at a loss of resources and experience. And this is gonna put us in a whole new direction.”
Ramirez, who struggles to find the time and money to grow his 7th Avenue grocery business, was the winner of the second annual Small Business Makeover Challenge at NextSpace in downtown Santa Cruz on Wednesday, May 4. The award comes in the form of donated services from other local business people, including consultants, a certified public accountant and a social media coach.
A panel of local entrepreneurs grilled the three finalists, including Drew Goling of the Santa Cruz County Veterans Memorial Building, which is looking to bolster its reputation and increase facility rentals. The other runner-up was Santa Cruz Skin Solutions and Integrated Wellness, which is preparing for big-time transitions, including a move to Scotts Valley.
Noga Vilozny, a color coordinator and executive coach who donated a six-month $13,000 package, praises the panelists’ pick and thinks Ramirez will be very “coachable.” “It was really a very unusual thing in Santa Cruz,”  Vilozny says of the event. “I almost felt like I was watching a TV show, like Shark Tank. It was very suspenseful.”

Next ArticleKissed By An Angel Wines