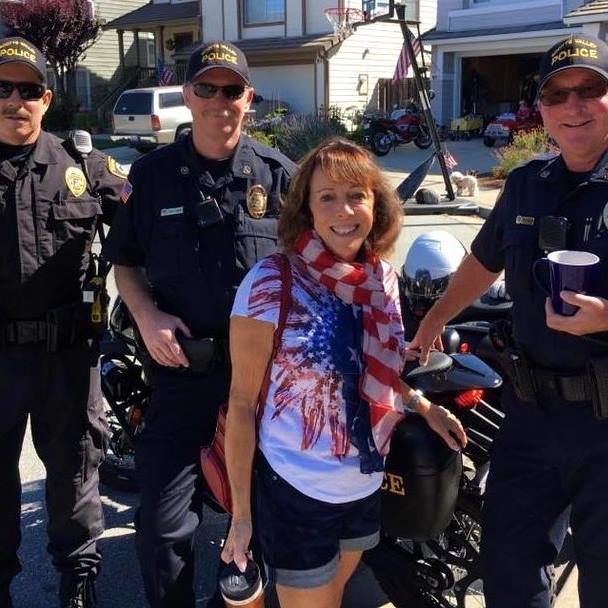 As the old façade on the vacant Kmart building was coming down Dec. 15 in Scotts Valley, in preparation for a Target to stand in its place, it symbolized both residents’ hope for post-pandemic prosperity and a key victory for Derek Timm in his year as mayor.

But that evening, as he prepared to hand the reins of power to Donna Lind, there was an unexpected hitch—opposition from a fellow councilmember.

“I think we’re going into another challenging year,” Timm said, in nominating Lind. “We need someone who’s dedicated and has the time to be here on a daily basis for our community.”

That’s when former mayor and current councilmember Randy Johnson interrupted to see if he could put forward a different candidate.

The city attorney informed him he was allowed to nominate another, but that, since Timm had already submitted Lind as his preferred successor, her candidacy would be voted on first, before a second vote could be taken.

“Usually with very, very few exceptions, when a vice mayor is selected, as Jim [Reed] was last year, the usual protocol and expectation is that he will become mayor,” Johnson said as he nominated Reed, who’s been working as San Jose Mayor Sam Liccardo’s chief of staff. “If the current mayor feels—as I certainly do—that Donna is exemplary in what she’s done, then I think it’s probably appropriate for her to be vice mayor. And then next year she can be the mayor.”

The fact Lind still has three years left on her term is one reason she should be asked to wait, Johnson said, as he explained his thinking.

“It just makes for better council relations when the expectation is that when you have a vice mayor, that person moves up to mayor,” he said. “I think it would benefit the city and council expectations and relations in a much better way.”

Timm said he wasn’t aware of that supposed protocol when he first got on council.

“At the time Donna Lind was vice mayor,” he said. “I think she’s been passed over once for the role, then, in that regard.”

If it’s true that she was skipped, despite a long-time council convention, that’s all the more reason for her to be elected mayor now, Timm argued.

“If we’re going to follow that protocol, I think that would be appropriate,” he said. “I think we should support her in that role this year.”

The vote was 4-1 in favor of Lind becoming mayor, with Johnson in opposition.

Vice Mayor Reed, who was reaffirmed as vice mayor during the meeting, asked Lind if he could make a note of something, and so she gave him the floor.

“One of the things that mayor Timm mentioned is that you had been skipped over, and I just wanted to make sure the record was clear,” he said. “You were skipped over, one time, because Mr. Timm asked me to skip over you so he could get in line first. So, I just didn’t want there to be any questions about that. So, thank you for letting me say that, Mayor.”

Timm, however, quickly jumped in to deny the accusation.

“I just don’t understand that conversation, nor why councilmember Reed would say that, because that’s not true,” he said.

It wasn’t the reception newly-minted Mayor Lind was hoping for.

Both Reed and Lind have served as mayor before, which is mostly a ceremonial position in Scotts Valley.

In an interview with the Press Banner, Reed said he was referring to how he decided to vote in candidates besides Lind two years in a row for appointments, including the second time when Timm asked him to support his bid for vice mayor.

Timm told the Press Banner he never asked Reed to help him get in line for the mayorship ahead of Lind.

“It’s awkward, but I thank you all,” Lind said, surveying the fallout at the meeting. “Next matter of the agenda—”

Staff cut in and reminded her that, despite it not being on the agenda, the outgoing mayor usually gets to say a few words first.

“I wasn’t prepared to make any comments tonight, but I’ll go ahead and say a couple quick things,” Timm said, before talking about efforts to emerge from the pandemic stronger as a city. “I think there’s so much going on that’s so positive, and I was just happy to be a part of it.”

“I’d like to thank now-councilmember Timm for his excellent job as mayor,” he said. “Yes, it was tough to do everything. But I heard positive responses to what we have accomplished.”

“I think mayor Timm has conducted himself very well in his role as mayor,” he said. “The city is fortunate to have had his service over the last year.”

In an interview after the meeting, Johnson said he was surprised by Reed’s comments during the meeting.

“I hadn’t heard that,” he said, referring to Reed’s claim that Timm asked Reed not to vote for Lind during a prior selection process. “I wasn’t privy to any of those conversations.”

When asked about Reed’s comments, Timm stood by his denial.

“I just hope the focus right now is on all the great things that Donna Lind has done over the past year,” he said. “It shouldn’t be about anything else.”

Next ArticleElderday Moving to Downtown Watsonville