Letter to the Editor: Dutra for Supe 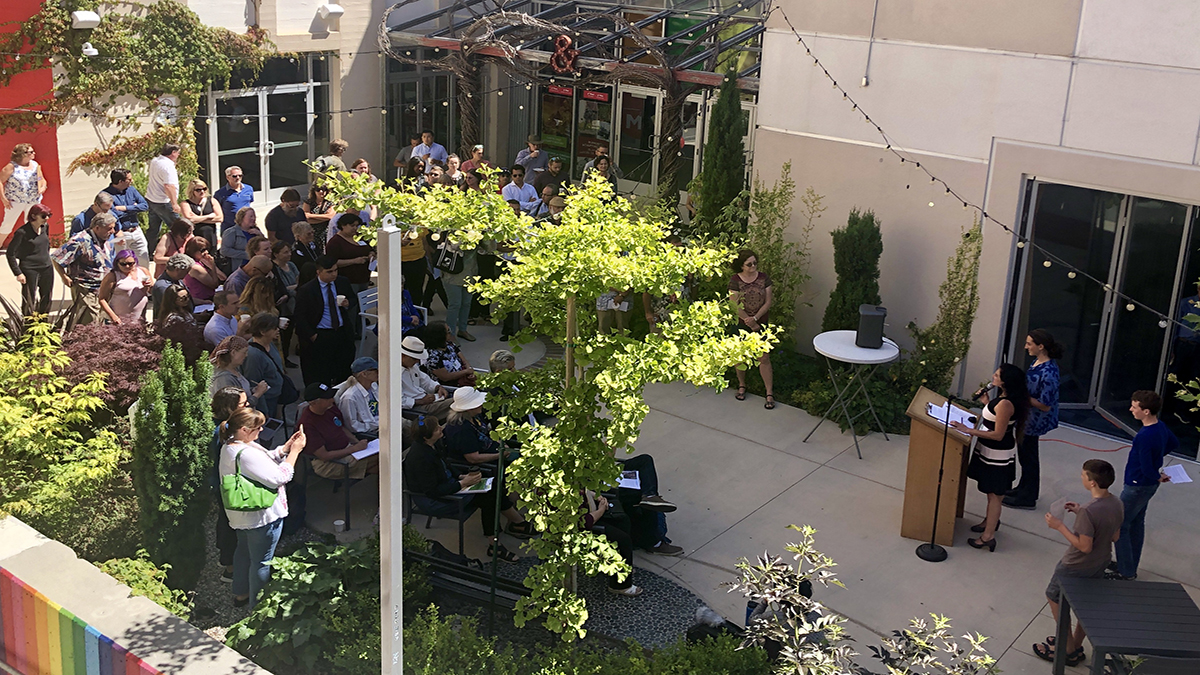 Speaking under the shade of the Museum of Art and History’s rear wall, Martín Gómez made a plea for a new downtown space. He envisions a mixed-use library beneath five floors of parking and housing. The structure will be compliant with the American Disabilities Act, he said.

Gomez is part of the brand new campaign Downtown Forward, which launched today in the museum’s Secret Garden, just around the corner from Abbott Square. Serving as Los Angeles’ city librarian from 2009-2010, Gomez turned around L.A.’s struggling library system during a time of budget cuts in the midst of the Great Recession, before going on to serve as vice dean of libraries for USC. After moving to Santa Cruz, he served on the Downtown Library Advisory Committee, which voted unanimously to recommend building a new mixed-use library downtown with funds from a bond measure that voters approved in 2016.

Members of the former advisory committee have cited concerns about the current library, including its unusual layout, poor wiring, asbestos in the walls, inadequate plumbing, code issues, rodent problems, and a faulty heating and air conditioning system. Supporters are hoping the city builds a new state-of-the-art library like ones in Los Gatos, Half Moon Bay and Watsonville.

Downtown Forward’s vision includes the new mixed-use library, along with a new permanent site for the Wednesday downtown Farmers Market, which is currently held in the Cedar Street lot that’s been slated for the possible structure. The new market would be on Front Street. Even though the city would build more parking, the town won’t actually have more parking spaces units per housing unit, according to projections outlined by Jim Burr and Claire Fliesler with the city of Santa Cruz, because old surface lots are getting redeveloped into apartment complexes.

Opponents argue that environmentally friendly Santa Cruz doesn’t need to be building new parking lots at a time when transportation is moving away from single-occupancy car trips. Many felt blindsided after supporting library bond measure, only to find out that the new library might ultimately be combined with a garage. In the face of community concern, the Santa Cruz City Council sidelined the garage, while a council subcommittee does its own deep dive into the issue.

At the launch, 14-year-old Spencer Coontz said that he and his friends want a new downtown branch that will be welcoming to kids, providing a space for them to meet, study, socialize and work on projects—something he says is lacking from the current library. “We are eager for this new library to contribute to the fabric of our community by creating space for all of us,” Spencer said.

The launch was not without moments of tension.

“Did you write that?” a man barked out, after Spencer finished his remarks.

Spencer said that he did.

As the event was wrapping up, activist Elise Casby railed against the project.

“This is an outrage, and I have come to disrupt because of the lies that are being told,” she yelled. “An outrage!”

Previous Article5 Things To Do in Santa Cruz: July 10-16