.Diapers: The Latest Casualty of the Housing Crisis? 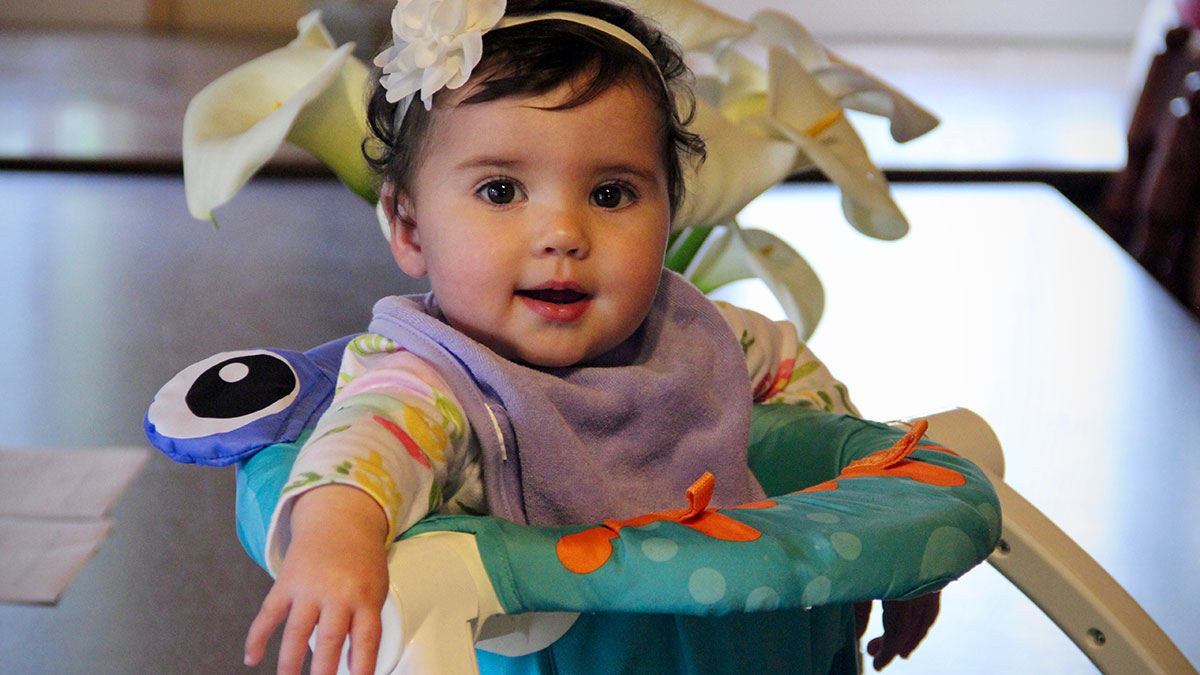 For the two years before she moved into a quiet house with a garden on the Westside of Santa Cruz, Jennifer Chaplin’s life was anything but calm.

A long struggle with addiction and an abusive relationship had finally come to a head, leaving the now-34-year-old Chaplin to pick up the pieces with her infant daughter, Quin. Earlier this year, the pair found stability in the Jesus Mary Joseph Home, a long-term shelter where Quin soon took her first steps in a living room filled with board games, rocking horses and tributes to the house’s namesake religious trio.

But there was another, even more fundamental benefit, which Chaplin and other local mothers on a tight budget say is often overlooked on the high-cost Central Coast: free compostable diapers.

“It’s, like, the biggest concern,” says Chaplin, who herself grew up in nearby Corralitos. “You have to have diapers.”

Chaplin and 14-month-old Quin were among the first beneficiaries of Earth Diaper, a nascent local nonprofit that fuses the social goal of direct public health services for low-income families with the environmental goal of cutting down on the number of non-biodegradable disposable diapers in area landfills.

The idea for Earth Diaper was planted when Santa Cruz County public health nurse Lily Broberg Strong noticed more local residents trying to stretch how long diapers could last, sometimes resulting in health complications like rashes or skin irritation. There were some 228 reported cases of health conditions caused by diapers in Santa Cruz during 2017, Broberg Strong says, with 80% of those cases treated at emergency rooms.

“Really our mission is to change the culture of diapers,” says Broberg Strong, who co-founded Earth Diaper with lawyer, nonprofit strategist and Bay Area mom Hayden Lilien. “The need is just so great.”

Broberg Strong says she’s seen local mothers try to put off diaper changes for 6-8 hours instead of every few hours, or in desperate circumstances, steal diapers before their next paychecks. Nationwide, one in three moms will experience “diaper need,” or trouble paying for enough diapers to “keep an infant dry, comfortable and healthy,” according to a 2017 study by Jennifer Randles, a sociology professor at Cal State University Fresno.

Earth Diaper, which recently completed a six-month pilot program at Jesus Mary Joseph Home, is now fundraising to expand access to its free bamboo diapers, which are picked up and taken to a composting facility able to process them in Gilroy. In addition to alleviating average costs of $100 a month or more for parents, Earth Diaper aims to make a dent in the more than 7 billion tons of waste generated by disposable diapers each year, according to the most recent EPA estimates.

“This is a health problem in addition to a huge environmental problem,” Broberg Strong says. “The disposable model isn’t sustainable.”

Juana Flores had lived in Watsonville for two decades when the worst happened. It was this past spring when the single mother of then-4-month-old twins Leo and Zoe was told that only one person was allowed to live in the room she was renting outside of town.

The few landlords renting other places she could afford on her tight budget from cleaning work said the same thing, so Flores and her young twins moved to a homeless shelter.

“It was like we were in jail,” says Flores, 42, since the facility had strict rules about everything from cell phone use to the milk she was allowed to bring in for her children. “I think the babies felt the environment.”

At the first shelter, Flores says she was on her own when it came to buying diapers, and her kids began suffering from skin irritation. Since the twins switched to the higher-quality bamboo diapers supplied by Earth Diaper at Jesus Mary Joseph Home, they haven’t had the same issues that they had before.

Flores and Chaplin are just two of many local moms, Broberg Strong says, for whom housing struggles and diaper struggles have gone hand in hand as rents have risen sharply.

“Everything has gotten tighter,” Broberg Strong says. “People are spending all their money on housing.”

For Flores and her twins, the combination of a reliable place to live and a steady supply of diapers has been life changing.

“Te da paz (it gives you peace),” says Flores, who moved to the Central Coast from the Northern Mexico city of León more than 20 years ago.

While the demand for Earth Diaper is clear, finding long-term funding is another issue. Leadership for both Earth Diaper and Jesus Mary Joseph Home are currently fundraising to keep the program going, and to expand to more locations. (Tagline for Earth Diaper’s fundraiser: “These women want your poop.”)

“We don’t want to drop the ball now. We know what a difference it made,” says Pat Gorman, executive director of Jesus Mary Joseph Home, which is affiliated with the Catholic St. Francis Soup Kitchen but does not require residents to practice religion. “We were seeing a lot less rashes. The moms and babies were getting a lot more sleep.”

One key to Earth Diaper’s early traction has been coordination with higher-end green diaper providers. EarthBaby, which was started by two Bay Area dads and charges retail prices and service fees to its customers, helps Earth Diaper collect their diapers for composting.

For Lindsey Nelson, house manager of Jesus Mary Joseph Home, the system is a big shift from many moms’ reliance on big-box retailers like Costco.

“You try to shop around and find the cheapest,” says Nelson, who helped track diaper use at the house and found that five families went through about 1,200 diapers per month.

Still, Broberg Strong says, the group’s environmental objective has to be tailored to its clients. While some supporters have suggested that Earth Diaper use cloth diapers, for instance, that type of sustainable choice may not be practical for households where parents work multiple jobs or don’t have easy access to laundry.

“That’s not really the first thing on their priority list,” she says. “You have to be sensitive.”

Broberg Strong hopes to expand the service to three shelters in the coming months, then partner with other community hubs to distribute diapers to larger numbers of families than would be possible with home delivery.

“We’re chipping away at reducing our costs,” she says. “We have big aspirations.”

Chaplin, who recently started sign language classes at Cabrillo, says she hopes the program is able to keep serving other mothers in search of support.

“It took some worry out of my life,” she says, “which was really, really nice.”

Next ArticleMalcolm Gladwell on the Pitfalls of ‘Talking to Strangers’