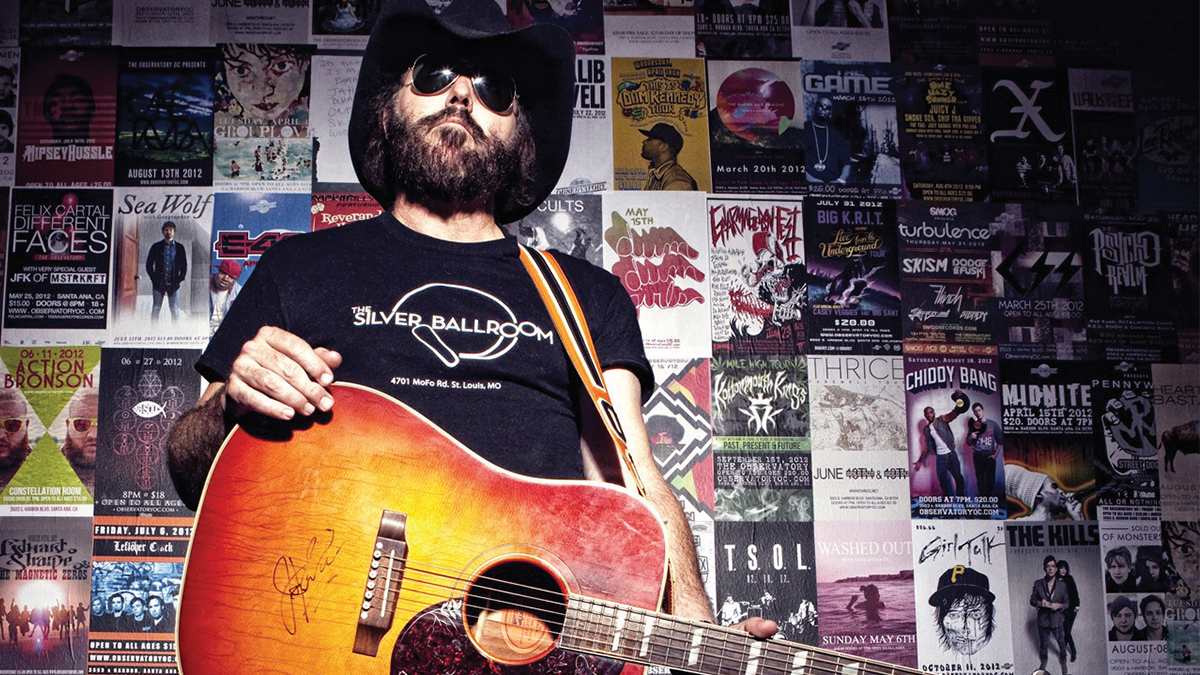 The Supersuckers just got back from a month of touring Europe with the Australian hard rock band Airbourne, and the band’s longtime frontman Eddie Spaghetti was reminded of a valuable lesson about rock music.

“What I’ve suspected for a long time, and what was reinforced on this tour, is that the words don’t matter,” he says. “It doesn’t matter what a band is singing about, it’s more about the spirit and the tone of it.”

Or maybe no surprise, to fans already familiar with Spaghetti’s twisted sense of humor, and his love of outrageous songwriting paired with deceptively classic hard-rock riffage.

“For me, unfortunately, the words really, really matter. It’s like my favorite part of the whole process,” he says. “And when a band has both, that’s when they’re really good. When the lyrics and the rock are both solid, it’s so much more complete for me.”

That’s part of what has made Spaghetti’s solo career so interesting. When he plays live without the band, as he will at Moe’s Alley on Wednesday, Nov. 20, he brings a different slant to his Supersuckers songs. And on his solo albums, amid the new tunes and covers, there’s almost always an acoustic reworking of one of the band’s classics. Besides giving the song a different vibe, it also puts the lyrics front and center in a way they never really are on the band’s high-octane rock records.

For instance, the way he redid “When I Go, I’m Gone” (originally on the Supersuckers’ 2008 album Get It Together) for his last solo album, turning lines like, “Nothing more than a memory lives on/No one’s life is so charmed/And when I buy the farm/I just want everyone to move on” from a sort of defiant mission statement to a tender ballad of acceptance.

“It’s a song that I wouldn’t mind being played at my funeral, to be morbid about it,” says Spaghetti.

Luckily, that funeral is coming later than it might have, after Spaghetti was diagnosed with throat cancer in 2015. He feels back in top form again, having gone through treatment in his typical smartass-but-brutally-honest way.

“Next year it’ll be five years. That’s when they’ll officially proclaim me cancer-free,” he says. He’s still shocked at the support he received from fans and fellow musicians like Eddie Vedder, who performed at a fundraiser for his medical costs.

“It really helped a lot to get all that support, not only financially but also emotionally,” he says. “It was one of the best things that came out of cancer. It was like getting to hear what everybody thinks about you after you die, only you’re not dead. It was kind of great.”

This solo tour is coming later than it might have, too, because he’s been loving the dynamic in the band so much. “The guys in the band are so great to work with, the urge to go and record a solo record isn’t nearly as strong as it was a few years back, when the lineup was kind of confused and weird and a few attitudes in the band had changed,” he says. “It’s a way more healthy environment than I’ve ever had.”

He’s co-headlining on this tour with Jeff “J.D.” Pinkus, the longtime bassist of the Butthole Surfers. The pair go way back to when the Supersuckers toured with Butthole Surfers in 1994. Spaghetti laughs recalling the tour, which he describes as “fuckin’ weird, man. Gibby Haynes is off the hook. The dude’s insane. It was like at the height—they’d had that big hit [“Pepper”], and they were touring on that. It was us and them and the Toadies and Rev. Horton Heat. It was kind of a big bill, and it was fun.”

He says the audience is welcome to call out for their favorite Supersuckers songs at the show. And he’s happy they’ll get to hear the words a little better—though that doesn’t mean he gets all pretentious about it.

“I’m not afraid of writing dumb songs. I like dumb songs, too,” he says. “But I still want the words to be cool, even in a dumb one.”

Previous Article5 Things To Do In Santa Cruz: Nov.13-19