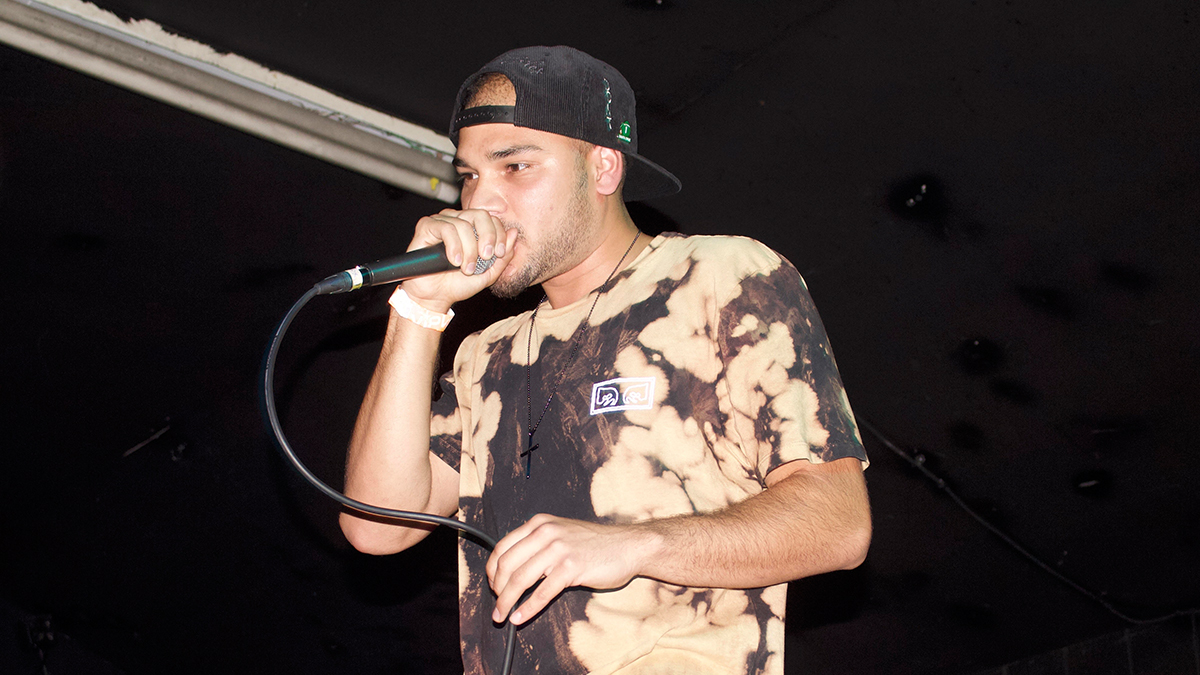 By last year, it seemed like local rapper and UCSC alum Ivan Kovacevich—better known by his stage name Evo2raw—had turned a corner in his music career. He was fresh off a mixtape that landed him a chance to open for hip-hop stars like Devin the Dude and Andre Nickatina. But then, after Kovacevich moved to Oregon, he was arrested for money laundering.

The Sacramento native, who graduated from UCSC in 2016 with a degree in anthropology, had to start over again.

“I was left with nothing to my name but a big, fat lawyer bill,” Kovacevich says. “My mom was pissed. I just graduated college, and I’m basically at the same level as a felon. That’s just not me—I’m not a felon, I’m not supposed to go to jail. I’m supposed to make music.”

Focused, driven and back in Santa Cruz, Kovacevich has been working three jobs, seven days a week, to pay off his debts and get back in the studio, all while living in a house with roommates who party until 4am.

“I stay humble,” Kovacevich says. “That was my punishment for doing what I did to my family.”

This weekend, the rapper will take the biggest step yet in his comeback when he guest performs at the Santa Cruz Music Festival alongside electronic DJ Russel Jordan at his Catalyst set on Sunday, Oct. 20.

Kovacevich has struggled before. Instead of spending his free time as a local college student bar hopping on Pacific Avenue or raging at campus parties, he could usually be found in the basement he rented in town—the same place where he wrote and produced his first mixtape Flooded Basement.

The title was true to life: a rain storm wrecked the basement apartment, ruining his stuff but further motivating him to push his music forward.

“I lost everything I had,” Kovacevich says. “I had to start all over.”

Soon, he found back-up singers and a bass player, and he opened for Devin the Dude at the Catalyst in 2017.

“After that, things low-key took off,”  Kovacevich says.

Following the mixtape inspired by the basement wreckage, Evo2raw opened other shows for artists including Nef the Pharaoh, Maxo Kreme and Nickatina. His sound is a blend of rappers that have dominated the genre.

While he prefers not to go into details, the arrest last year was a serious blow to the momentum he had gained. Since then, Kovacevich has hustled to make money, trying to escape a cycle of working and going broke. In February, he released a new album, Stressed and Ambitious, on Spotify.

“I worked seven days and saved up $3,000 dollars in a month working three jobs, and took that money to the studio,” he says.

The album is memoir of Kovacevich’s long last year—his experience struggling, working long hours and trying to get out of legal debt, all while making music.

On tracks like “HeadSpace,” “Alot” and “How 2 Feel,” exhaustion is a constant, bringing the toll of the grind on his mental health into focus.

Now, with the latest turbulent chapter behind him, Kovacevich is looking to the future. Down to one job, he is producing music debt-free.

Next ArticleNUZ: Don’t Believe Everything Strange Men with Clipboards Say