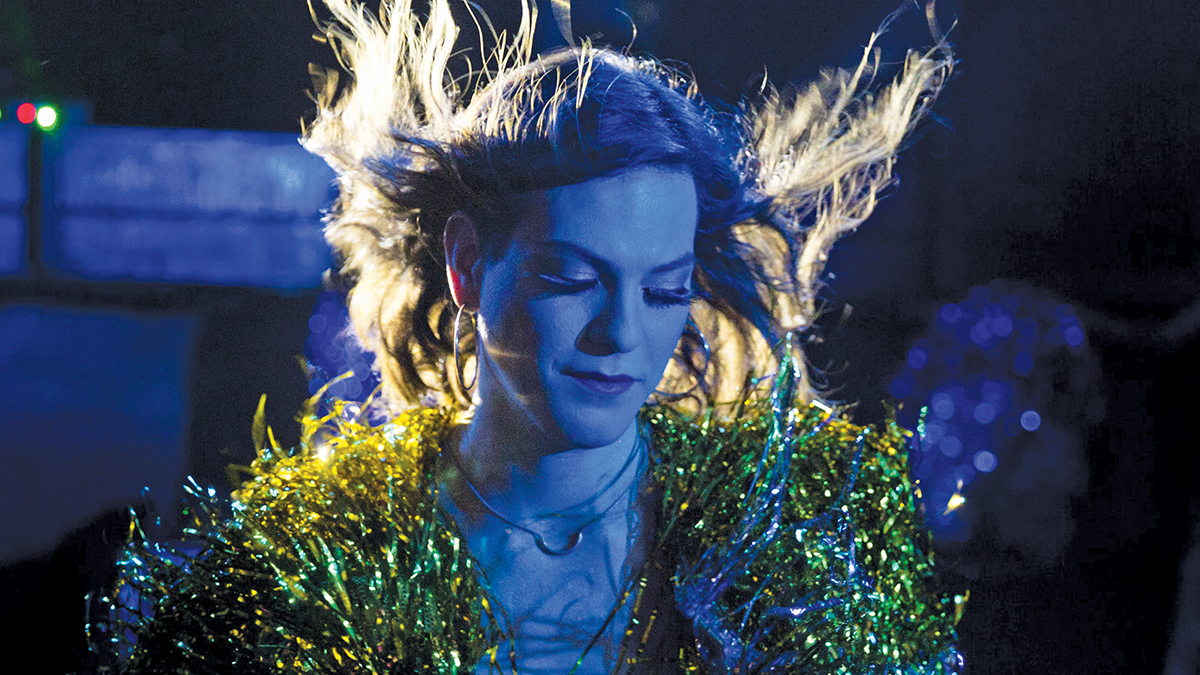 [dropcap]I[/dropcap]t seems like the perfect match between performer and role. Transgender actress Daniela Vega makes a triumphant debut in A Fantastic Woman, playing the role of a transgender woman fighting for respect in modern-day Chile. But this is way more than a one-issue movie. Nominated for a foreign language Oscar this year, Sebastián Lelio’s engrossing film is a resonant and stylishly told story about the basic human right to live with dignity and carve out one’s identity in the world.

Chilean filmmaker Lelio (along with his co-screenwriter, Gonzalo Maza) made the zesty woman-over-50 movie Gloria a few years back. They continue to delve into the psyche of interesting females in A Fantastic Woman with protagonist Marina Vidal (Vega), a cafe waitress by day who croons sultry ballads in a bar at night. She shares an apartment in Santiago with her partner of several years, frisky, tender Orlando (Francisco Reyes), a divorced businessman a few decades older than she is.

But one night, Orlando becomes disoriented in bed, stumbling down a short flight of stairs before Marina can bundle him into the car and rush him to the hospital—where, soon after, he dies. And the devastating shock of her loss is just the beginning of her troubles. She has to produce and explain her male ID card (her procedure isn’t quite complete yet) to the cops at the hospital‚ and suffer their insinuating questions about how Orlando died. A policewoman with the Sexual Assault unit, looking to explain Orlando’s bruises as self-defense, orders Marina to strip for nude photos to search for signs of abuse.

Meanwhile, Orlando’s disapproving family closes ranks against her. Only his brother is friendly to her, but Orlando’s ex calls Marina a “perversion,” while his wayward son shows up at the apartment to intimidate her. Not only do they expect her to vacate the apartment and turn over the couple’s car, they refuse to even tell her where the funeral will be held, so she won’t show up and embarrass the family.

That not all of these issues are gender identity-based broadens the film’s scope; Marina’s plight as an outsider forbidden the rights of the legal kinship group is universal. And in Vega’s fearless performance, we get a heroine to root for. Strong-willed, but not “tough” in any clichéd way, she’s determined to hold onto her dignity and her poise as she stoically battles for her rights.

Reyes is charming as Orlando, who continues to pop up throughout the story as a kind of ghost-memory, cheering on Marina. A thread of mystery also runs through the plot, leading to a satisfying surprise, and a terrific, self-empowering finale. (And yes, that is the opera-trained Vega herself singing at the end!)

Lelio makes adroit use of visual metaphor as the emotional story draws us in. As the slights and obstacles pile up in her personal life, Marina is pictured walking down the street at an increasingly rigid angle into what becomes a ferocious headwind—hers is an uphill battle all the way. When she’s alone in her room, Lelio shoots a haunting image of Marina’s face reflected in a small mirror propped up between her legs—inviting us to ponder if this is the only place that defines her identity as a person.

Early on, when Lelio was first turning over the idea of a movie with a transgender protagonist, he was introduced to performer and trans activist Vega. She became his consultant on the film, and his mentor, introducing the filmmaker to contemporary trans culture. But it wasn’t until the very end of the process, when the script was completed and the cameras were ready to roll, that it occurred to Lelio that Vega would be perfect to play Marina.

So the role was not exactly written for Vega, but thank heavens for serendipity—her performance is outstanding.