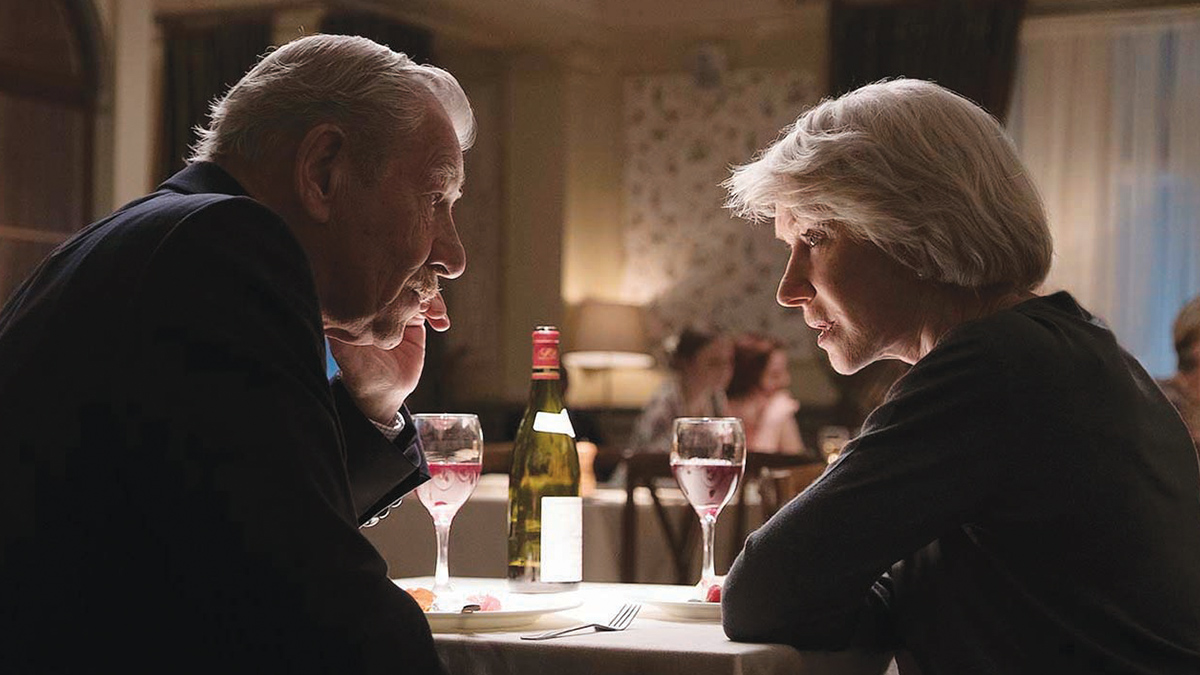 Here’s a great movie pitch that takes far less than 25 words: Helen Mirren and Ian McKellan. What, you’re still sitting there? Those two names above the title alone should be enough to send any self-respecting movie fan galloping off to the box office.

Indeed, the pleasure of watching these two wily silver foxes together on-screen is the main attraction in The Good Liar, an elegant mystery of con artistry and designated victims that never quite plays out the way you expect. Sir Ian and Dame Helen do not disappoint, testing, cajoling and beguiling each other (and the audience) in every frame, oiling the gears that make the movie run so smoothly.

It’s a lovely piece of craftsmanship from director Bill Condon, who has worked with McKellan before (in the excellent Gods And Monsters, and more recently, Mr. Holmes). He has a shrewd eye for setting off his veteran players to best effect. Every detail of costuming, interiors and psychology layers on a rich impasto of character development for the actors to work with. It’s only in the last 20 minutes or so that the movie goes off the rails, as the improbable revelations mount, leading to a needlessly violent and not-quite-credible finale.

Scripted by Jeffrey Hatcher (who wrote the wonderful Stage Beauty), from a novel by Nicholas Searle, The Good Liar, as its title suggests, is a tale of deceptions. In the opening credits, we see two people filling out less-than-truthful online dating profiles. After some virtual chatting, they meet in a cafe, where both laughingly admit they used assumed names on their profiles. In real life, he is jaunty Roy (McKellan), a dapper retiree, and she is Betty (Mirren), a well-to-do widow. (She wryly calls online dating “matching the delusional to the hopeless.”)

Directly upon leaving the cafe, Roy strolls down to a strip club to join his accomplice, banker Vincent (yes, that’s Jim Carter, better known as Carson from Downton Abbey). They’re about to close a deal involving a couple of pigeons in a financial scam that will fleece their victims’ life savings. We quickly understand that Roy and Vincent have been partners in these elaborate confidence games for years. “You don’t care about the money,” Vincent tells Roy, admiringly. “You love the game.”

So we know it’s game-on for Roy and Betty. She owns a lovely suburban home on the outskirts of London, for which she paid cash, decorated in soothing, upper-class neutral hues. (“It’s like being smothered in beige,” Roy complains to Vincent.) She’s too smart and self-contained to fall for all of his soft soap, yet she finds his company “charming,” and while their relationship remains consensually platonic, she frequently invites him to stay the night in her spare room.

The only potential obstacle to Roy’s plans is Betty’s protective adult grandson, Stephen (Russell Tovey), suspicious of Roy from the start, who pops in all too often to check up on his gran. There are further complications from a disgruntled former victim out for revenge, and a handful of other rather dicey players in a concurrent scheme that may unravel at any moment. Roy’s often ruthlessly effective methods of handling these distractions ratchet up our concern for warm-hearted, increasingly compliant Betty.

This is really all that can be safely revealed about the plot (which includes an unexpected detour to WWII-era Berlin, via flashback). But even in its least persuasive moments—and there are a few—the fun of watching Mirren and McKellan prowling around the screen, leading each other a merry dance (well, not so merry in the closing moments) is mostly its own reward.

McKellan delivers another master class in facial expressiveness, pouting, pleading and wisecracking his way through the various layers of Roy’s personae. Mirren’s pragmatic Betty advocates for sunny common sense, yet lets us glimpse something enigmatic ever lurking at the outskirts of her composure. Theirs is an irresistible heavyweight matchup that the ultimately unstable plot can’t quite support.

Previous ArticleLove Your Local Band: Diamonds In The Rough