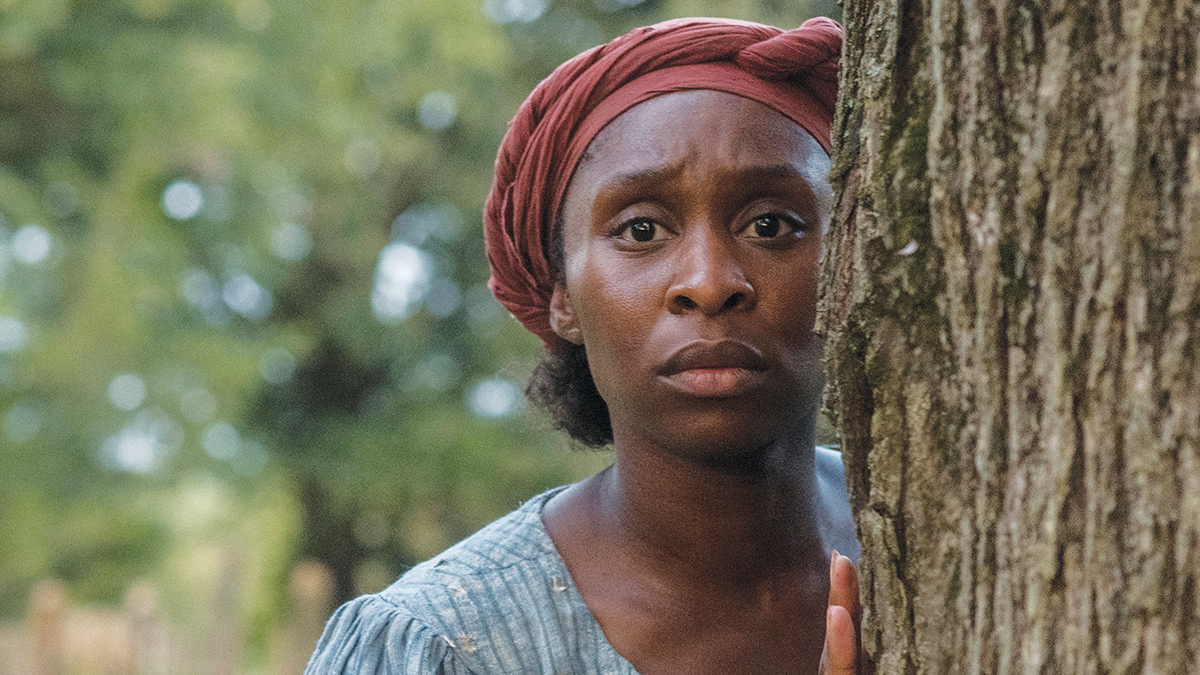 She didn’t wear spandex tights or bullet-repelling bracelets. But Harriet Tubman was a real-life superhero, fighting for justice and winning major victories against impossible odds in her lifelong battle to end slavery in the American South.

An escaped slave herself, she made many perilous trips back below the Mason-Dixon Line to lead other enslaved people to freedom in the North, via the Underground Railroad, armed with little more than raw courage, relentless determination and the occasional flintlock pistol.

It’s incredible that such an inspirational story has never been made into a movie—until now. In Harriet, filmmaker Kasi Lemmons (Eve’s Bayou; Talk To Me) examines the woman behind the legend, exploring the outrage, grit and compassion that shaped her, a tribute that feels long overdue. Maybe now that we’re all so woke, the times have finally caught up to the amazing life of Harriet Tubman.

The story, co-written by Lemmons and Gregory Allen Howard, begins in 1849 with the young slave woman, Minty (Cynthia Erivo), who lives with her parents and grown siblings on the Ross family farm in Maryland. After their master tears up their legal petition to free the family in honor of his late mother’s will, Minty prays for his death, overheard by the master’s odious son, Gideon (Joe Alwyn). When he plans to sell her off, she runs away; pursued by men and dogs and nearly drowned, she makes it all the way to Philadelphia.

There, she’s taken in by William Still (Leslie Odom Jr.), a dapper abolitionist, and Marie (Janelle Monáe), who runs a refuge for single women and finds her paid employment working in a hotel. Marie teaches Minty to shoot a pistol. William encourages her to give up her slave name; she chooses her mother’s given name with the surname of the husband she had to leave behind—Harriet Tubman.

Her new friends are horrified when Harriet risks recapture to return south and bring back her family. But once she’s made the journey a couple more times, bringing out strangers as well as family, William introduces her to the Underground Railroad, a covert network of operators and vehicles by which runaway slaves are spirited north to freedom, of which the fearless Harriet becomes one of the most intrepid “conductors.”

Erivo plays Harriet with bristly moral conviction; it’s unthinkable to her to sit by, protecting her own freedom, when others are still enslaved. The real-life Tubman was prone to seizures, which she claimed were visions from God guiding her on her journeys, which Lemmons recreates in sepia glimpses. These, along with the fact that she never loses one of her “passengers”—despite fierce pursuit—adds to her mythos among slaves, abolitionists and slaveowners.

Evocative music also plays a key role. Spirituals underline fervent faith in a better life ahead, but when sung by slaves in the field, they also communicate a kind of code under the overseer’s notice. Many are delivered with wistful, calibrated emotion by Erivo, a Tony-winning musical theater actress.

Erivo also sings the powerful anthem “Stand Up” over the closing credits, a song she wrote with Joshuah Campbell that sends the viewer off on a stirring note. And a brief glimpse of foot-stompin’ revival music in the slaves’ little church on the farm is delivered by a boisterous Vondie Curtis-Hall as the preacher. If my grandfather the Methodist minister had held services like that, maybe I would have become a churchgoer.

Lemmons’ melodramatic flourishes can be overdone. Gideon is written as dastardly, insinuating evil incarnate without any shading, and the orchestral soundtrack tends to swell and crest overmuch to express emotion. But Harriet’s story is so important, it rises in triumph over all obstacles—like the woman herself.

Next ArticleLove Your Local Band: The Poor Carters