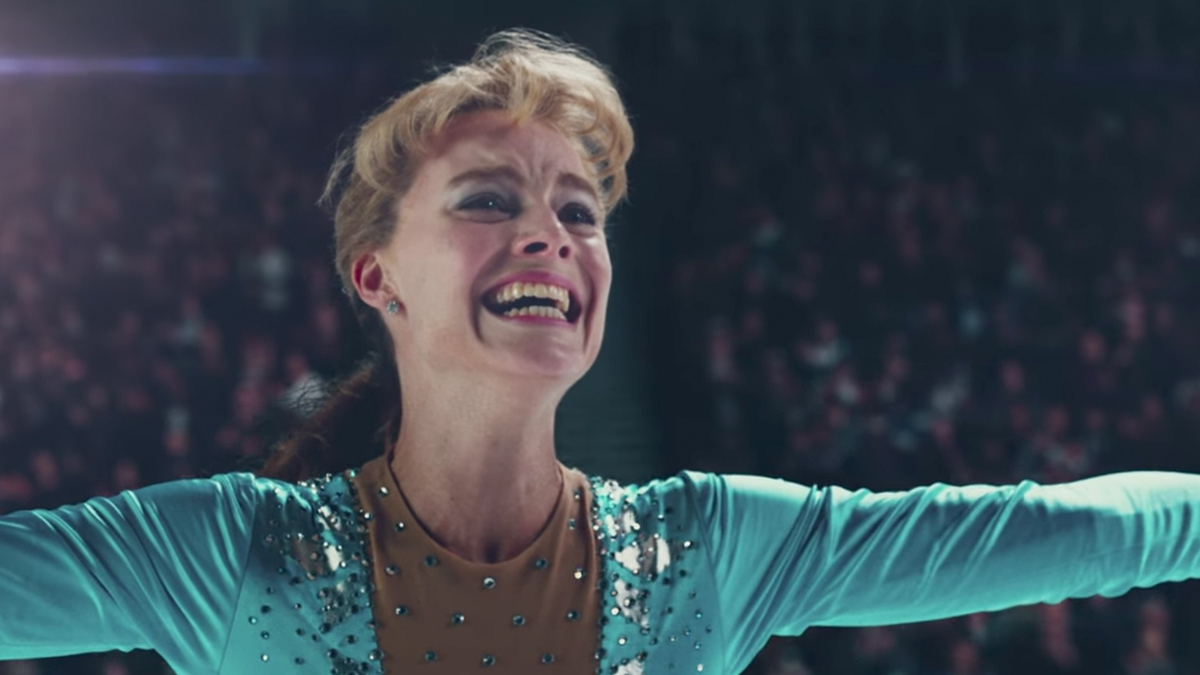 She was famous for all of the wrong reasons. Figure skater Tonya Harding was a child prodigy on the ice who battled her way up the competition circuit to spots on the 1992 and 1994 American Olympic teams. But it all came crashing down after a bizarre knee-bashing attack on her rival teammate, Nancy Kerrigan, in which Harding’s husband and bodyguard were implicated. As Tonya (skillfully played by Margot Robbie) tells us in the faux-documentary, I Tonya, “I was loved. Then I was hated. Then I was a punchline.”

Written by Steve Rogers and directed by Craig Gillespie, I, Tonya is an often raucously entertaining fact-based fiction film that purports to be a documentary detailing the tragi-comic incidents of Harding’s early life and public career, punctuated by interviews with the key players after the fact. This enables the filmmakers to tell the story from a variety of perspectives as the plucky competitor, who was the first American woman ever to stick a triple axel in competition, evolves into the most reviled woman in the world. Along the way, they generate a surprising amount of sympathy for the human being at the center of all that notoriety.

The movie’s chief antagonist is Tonya’s mother, LaVona, played with icy waspishness by an unrecognizable Allison Janney. An embittered, hard-drinking, chain-smoking diner waitress with a violent temper and a vulgar mouth, LaVona bullies skating coach Diane Rawlinson (Julianne Nicholson) into letting Tonya train with her at a Portland, Oregon ice rink. Rawlinson agrees when she sees how naturally little Tonya (Mckenna Grace, who played the pint-sized math genius in Gifted) handles herself on the ice.

After the father she adores is driven off by her mom, Tonya becomes the only target for LaVona’s often physical rage against the world. (Mom says she “skates better when she’s afraid.”) Pulled out of school at 15 to practice full-time, Tonya (now played by Robbie), starts to make an impact on the national circuit—just when she meets Jeff Gillooly (Sebastian Stan), who’s as inexperienced as she is. (Mom goes along on their first date.) Soon, Tonya flees her mom to move in with and finally marry Jeff, only to find herself in another volatile, abusive relationship.

Despite scoring some firsts in national and international competitions, the odds are stacked against her. She’s asthmatic, her home life is chaotic, and without deep-pocket sponsors to provide glamorous outfits, she has to hand-sew her own. Worse, she rarely earns the scores her skating deserves. When she desperately confronts a judge to ask why, he bluntly tells her she’s “not the image we want to portray.” She falls a little short in the “wholesome American family” department.

To level the field, Jeff consults his delusional pal, Shawn Eckardt (Paul Walter Hauser), who still lives in his parents’ basement, yet styles himself an “international counterterrorist operative.” Jeff envisions threatening letters to psych out Tonya’s rival, but Shawn hires a pair of idiot bunglers to “break” Kerrigan’s knees. The result is only a bruise—along with a floodtide of pro-Kerrigan, anti-Tonya  public sympathy.

Robbie is terrific. (And the tech effects by which her face is morphed on to her skating body double are amazing.) Plausibly vulnerable and determinedly gutsy in the early going, Robbie’s Tonya is full of tart, edgy insights looking back on it all. (The script was partially concocted from real-life taped interviews.) Her danse macabre with the fearsome Janney is spine-chilling. And while she often claims that many things she was accused of were not her fault, she never tries to justify herself as a victim. Not even when the perpetrators are given 18-month jail sentences, while Tonya—at age 24—is banned from competitive skating for life.

As wacky as the movie’s tone often is, I Tonya delivers a scathing look at gender and class politics, and the hypocritical fantasyland of professional sports.