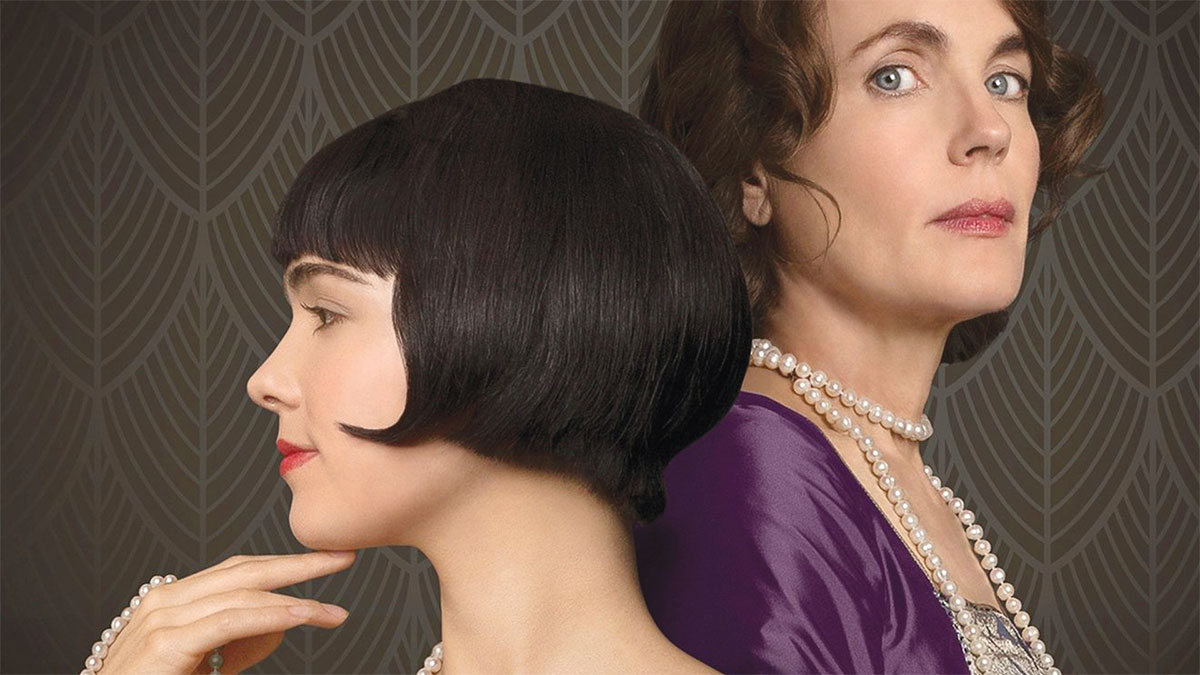 She’s not much remembered these days, but Louise Brooks was one of the brightest stars in Hollywood’s silent movie era.

Back when the ’20s first began to roar, Brooks—with her shiny black, bobbed hair and insouciant attitude—became the onscreen icon of the bold new post-World War I woman. Her look and style were copied by a generation of fans, and when her studio declined to increase her salary to keep pace with her popularity, she was snapped up by German filmmaker G. W. Pabst for career-defining roles in Pandora’s Box and Diary of a Lost Girl.

There is only a hint of Louse Brooks, the movie star-to-be, in The Chaperone. But her presence animates this fond, fact-based, yet lightly fictionalized tale of the teenaged Brooks creating her showbiz persona during a summer in New York City. The film’s title refers to the more conservative matron charged with shepherding her to the big city from their Midwestern home. She’s the one ripe for epiphany, but it’s the portrait of the coltish Brooks eager for life that gives the movie its moments of dazzle.

The Chaperone’s pedigree is impressive: scriptwriter Julian Fellowes and director Michael Engler have worked together on TV’s Downton Abbey, and the upcoming movie version. (The story is adapted from the 2012 novel by Laura Moriarty.) Star Elizabeth McGovern, another Downton veteran, also co-produced. It’s the first feature film production from PBS Masterpiece.

In the spring of 1922, in Wichita, Kansas, Norma Carlisle (McGovern) joins other society matrons for a piano recital by one of their own, Mrs. Brooks (Victoria Hill), featuring a dance by her daughter, Louise (Haley Lu Richardson). The girl has just been accepted into the summer dance program of the renowned Denishawn modern dance troupe in New York City, and her mother is looking for a chaperone to accompany her. Although she doesn’t know the family well, Norma volunteers; she’s eager to get out of Wichita for awhile, for reasons that gradually become clear.

Norma and Louise gush that they’re sure to become great friends. But on the train, Norma finds herself taken aback by the teenager’s frank talk and carelessly flirty ways. When Norma tries to impart worldly advice — “Men don’t like candy that’s been unwrapped”— Louise bursts out laughing. “Really?” she chortles. She’s not being catty; she finds Norma’s provincialism sort of precious.

Still, Norma provides support and encouragement as Louise learns the ropes at Denishawn—and learns to navigate the friction her presence causes between its co-founders, the imperious Ruth St. Denis (Miranda Otto) and her partner, Ted Shawn (Robert Fairchild). Meanwhile, Norma has her own agenda; adopted off an orphan train to the Midwest as a young child, she’s searching for her birth mother at the Catholic church where her records are kept.

The real-life Brooks did intern at the Denishawn school (with a chaperone in tow) before joining the company for two years en route to Hollywood. But Norma is a fictional character whose story can be problematic. (The resolution of a conflict with her husband (Campbell Scott), also involving a soulful German handyman she meets at the church (Géza Rohrig), is both a charming exercise in wish-fulfillment and utterly ridiculous.)

McGovern’s flat Midwestern accent is also a bit strident at times, but her Norma engages us with her adventurous spirit and determination to grow and adapt. That she’s just pliable enough in her sense of what’s proper behavior makes her an interesting foil for the ever-questing, boundary-pushing Louise. Richardson manages to strike a credible note between sassy, assumed worldliness and youthful vulnerability as Louise. She’s so much fun, you might wish the movie spent less time on Norma’s subplots and more on the relationship between Norma and Louise.

Still, it’s an entertaining look at a culture in transition (complete with gorgeous period costumes by Candice Donnelly). And it captures some of the reckless spirit that Louise Brooks would hone onscreen during the next decade of her brief but memorable career.

With Elizabeth McGovern and Haley Lu Richardson. Written by Julian Fellowes. Directed by Michael Engler. From the book by Laura Moriarty. A PBS release. Not rated. 103 minutes.

Next ArticleStaff of Life Celebrates 50 Years