.Harry and the Hitmen at Crepe Place for a New Year’s Eve Triple Play 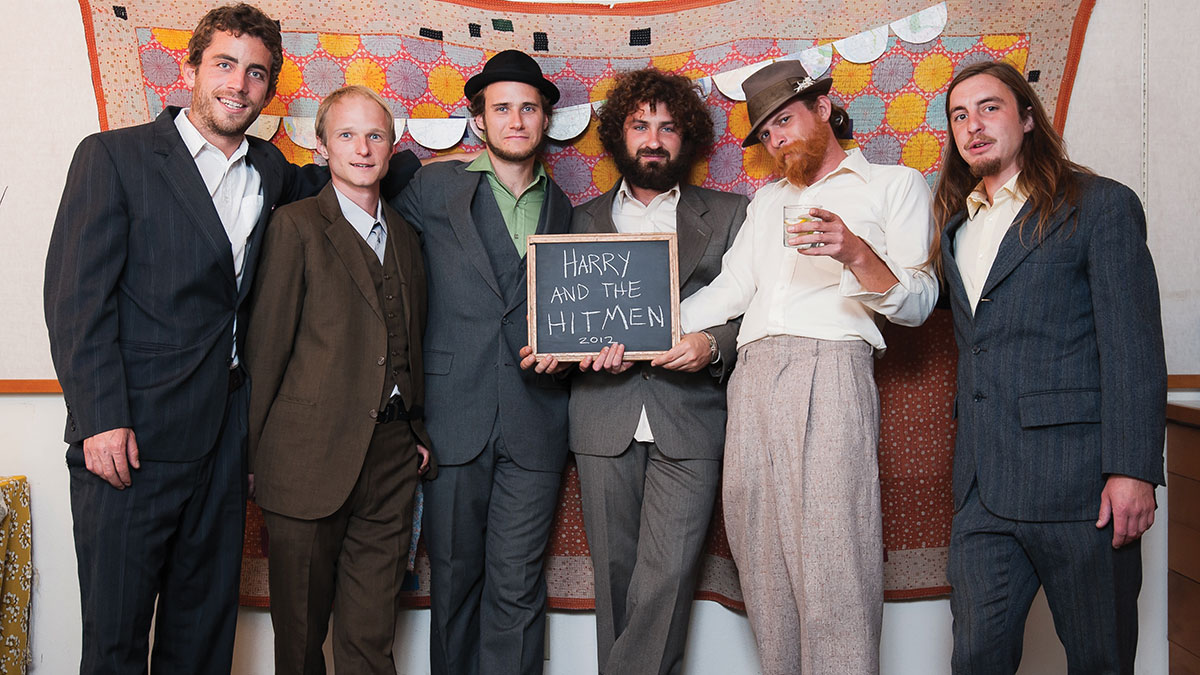 After more than a decade of playing music, it’s hard to believe Santa Cruz soul act Harry and the Hitmen hasn’t made a studio album until now.

“We did a little bit of studio recording in the past, but that was a long time ago and it was more of a demo,” explains drummer Harry Murphy. “Up until the last couple of years, we were pretty much a cover band.”

The soulful sextet began in Santa Cruz roughly a decade ago—although Murphy can’t remember the exact year—while the musicians were all in college. Originally, Harry wasn’t their drummer. Rolf Sandmeyer, Nick Gyorkos, Ryan Morgan, Scott Makson and Jesse Toews “almost had a band,” before their original drummer moved. Murphy had been working with one of the guys’ girlfriends at the time, and mentioned he played drums. Soon, Murphy would find his soul mates.

“We all grew up on [soul music] in one way or another, and we all agreed they were some of the best songs ever written,” he says. “Plus, we all wanted to make people dance.”

After years of exploring the original Motown sound—from Marvin Gaye to the Four Tops—the six-piece crew decided to branch out. Through the years they mapped an expedition through the music of Stax and Chess Records, Al Green, Kool & the Gang, Curtis Mayfield, Aretha Franklin and everything in between.

One of things that makes the group special is that the lineup has stayed together—most bands have a hard time keeping three or four members together for a couple years, let alone six people for a dozen years.

“The guys in the band are salt-of-the-Earth kind of people,” Murphy says with sincerity in his voice. “You can’t really find better people than that.”

As Harry and the Hitmen continued to play their souls out over the years, one goal eluded them: writing and recording an album of originals.

“We kept saying to ourselves, ‘We really need to buckle down and write our own stuff,’” Murphy remembers. “So that’s what we did.”

The result is their 10-song debut, Deep In Your Soul, which features new music from the seasoned band. While the CD release party was Dec. 9 in Big Sur at the Fernwood Resort, the Hitmen plan to celebrate it in Santa Cruz, too.

“We’re waiting for the vinyl for an official Santa Cruz release party,” says Murphy. “We’re hoping it will be sometime in March.”

While Deep In Your Soul features all original music written by Harry and the Hitmen, some of the songs may sound familiar to hardcore fans.

“We debuted some of the music on New Year’s Eves past,” he states.

Which brings us to their three-night New Year’s Eve Extravaganza at the Crepe Place. Beginning on Thursday, Dec. 29, HAHM will play the midtown spot with special guests the first two nights (the Vitamins and Ginger and Juice, respectively). On Dec. 31, they will play a show that spans their past and future sounds, possibly with some special covers thrown in the mix, if past NYE shows are any indication.

“This might be the seventh, eighth or even 10th time we’ve played New Year’s Eve at the Crepe,” Murphy reminisces. “We try to make it better and bigger each time.”