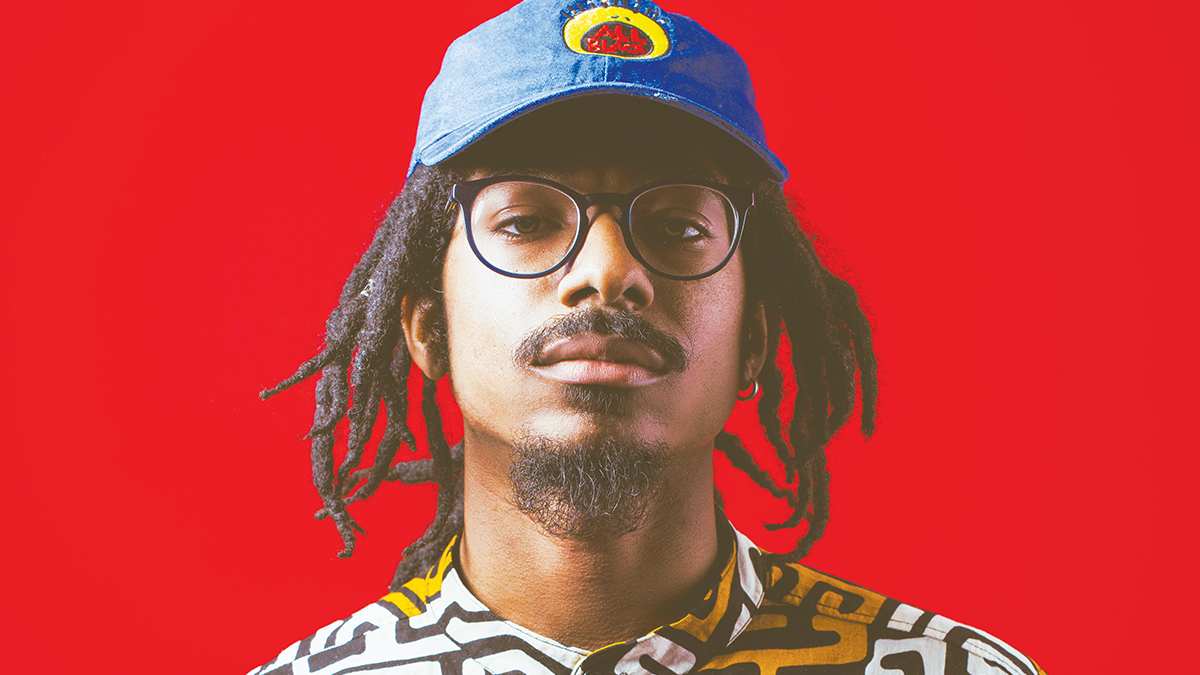 For his new combo Good Vibes, Joel Ross assembled a band featuring some of jazz’s most prodigious young improvisers. The Chicago-reared vibraphonist spent months crafting a book of tunes designed to utilize these players’ strengths. There was just one problem.

“We literally could not perform the music,” says the Brooklyn-based Ross, who makes his California debut under his own name Thursday at Kuumbwa Jazz Center. “I had this idea I should write music we can’t play yet, with a lot of odd time signatures. We had to get past the challenge, like learning how to use a new tool. Now we understand that language and how to make music with it.”

Best known for his work with trumpeter Marquis Hill’s Blacktet, Ross had a breakout year in 2018, contributing to several critically hailed albums by blazing young innovators, including drummer Makaya McCraven’s Universal Beings and pianist James Francies’ Flight. But with the May release of his debut album KingMaker on the vaunted label Blue Note, he’s been gaining much deserved accolades as a composer and bandleader in his own right.

By the time Good Vibes entered the studio, they were confident they could maneuver through Ross’s tricky musical terrain. He uses some daunting rhythmic cycles, but his tunes never feel academic. It’s the sound of young artists steeped in the music’s deepest waters, yet confidently charting their own course through fast-flowing currents.

Bassist Kanoa Mendenhall joined Good Vibes after the recording session. As challenging as it was to keep up with the intricate compositions, she connected with Ross’ intuitive thought process.

“It’s very unpredictable playing with Joel. He’ll loop different measures to make almost a new section on the spot, so it’s the same content but arranged in a different way,” Mendenhall says. “Even when he changes things up, his musical ideas are really easy to follow—clear and profound and intense.”

Ross, only 24, has absorbed wisdom and techniques from era-defining vibraphone masters such as Stefon Harris, who recruited him for the University of the Pacific’s Brubeck Institute. Harris worked intently with Ross on remaking his mallet mechanics. He gleaned another important lesson from the late, legendary Bobby Hutcherson, who counseled Ross to “write music about your life, and write every day.”

Ross took Hutcherson’s advice to heart. Many of the KingMaker tunes were inspired by Ross’s family, from the tough-but-tender title track written for his mother to the playfully discursive “Prince Lynn’s Twin,” dedicated to his twin brother, accomplished jazz drummer Josh Ross.

Aside from 22-year-old Monterey-reared Mendenhall, who sounded strikingly poised taking over the bass chair from Christian McBride, Ross is touring with the KingMaker cast. It’s a stellar young band that also features alto saxophonist Immanuel Wilkins, pianist Jeremy Corren, and the extraordinary young drummer Jeremy Dutton, a product of Houston’s vaunted High School for the Performing and Visual Arts.

“I met all of these musicians through various jazz camps, programs and events throughout high school,” Ross says. “I met Kanoa in California at Monterey’s Next Generation Festival. She was already such an amazing bass player.”

After two years of intensive jazz studies at Brubeck Institute, Ross transferred to the New School in Manhattan, where he quickly established himself as the rightful heir to modern jazz’s vibraphone lineage. More than just about any other instrument in the jazz arsenal, the vibraphone requires a musician to develop band-leading skills early on. Depending on gigs as an accompanist is a sure path to underemployment.

Ross carefully observes the bandleaders who hire him for pointers, while also “studying how the great bandleaders formed and led their bands,” Ross says, pointing out Miles Davis’ second quartet and Monk’s quartet as key examples.

“I have my preferences, but I don’t tell the musicians how to play anything, even if I do want a specific thing,” Ross says. “We went through this journey together figuring out how to play this music, and after we made the album we stopped playing it for a while. Now we’ve come back to it, and we feel stronger as an ensemble.”