.From Judge to Governor, a Look at Primary Races Affecting Santa Cruz County 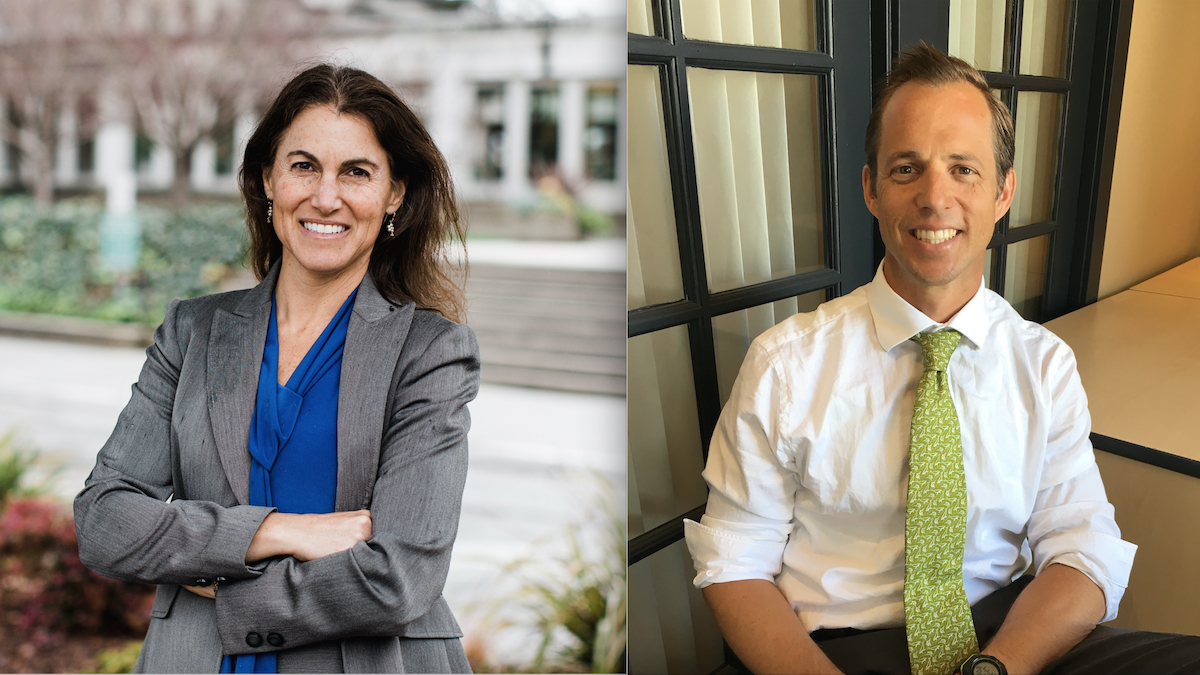 When Syda Cogliati talks about her experience, she sounds as proud of her educational background as she does her legal credentials.

Cogliati—a judge pro tem who’s practiced law for the past 23 years, and is also a professor at the Monterey College of Law—is running for Santa Cruz County Superior Court judge.

Cogliati volunteers with fifth graders in the Elementary Law Program. She coaches a high school mock trial team. She additionally has served on Pacific Collegiate School’s Diversity Committee. All that comes in handy, Cogliati says, because helping people better understand the legal system is one of her favorite parts of the job. “That experience I have of helping people understand the justice system—I’m going to bring that bench,” she says.

The first judicial election in eight years is shaping up to be one of the most interesting races of the June 5 primary, with Deputy Public Defender Zach Schwarzbach having also thrown his hat into the ring.

Schwarzbach, meanwhile, says he decided to run because he’s found that the best judges come from trial attorney backgrounds. He says he knows the ins and outs of the population that goes through county’s courts. He’s worked closely with those who suffer from mental illness and drug addiction. Schwarzbach, a public defender since 2008, has worked on more than 50 trials, which he says make up a small fraction of the total cases that have come across his desk, as many of those are resolved outside the courtroom.

Schwarzbach, a Santa Cruz local, says he has extensive background in selecting juries, which he adds is a deceptively tricky task and one that involves judges asking more questions than ever. “You can’t just walk into a courtroom and expect to pick a jury and do it well. This is an area where someone who has done a lot of trial work, I think, has an advantage,” he says.

Judge John Salazar, who endorsed both candidates, says Schwarzbach’s trial background could be immensely helpful on the bench. He adds, though, that Cogliati is more experienced overall and that she has compiled an especially impressive résumé of volunteer experience as well. “I know them both pretty well and feel they’re both well-qualified to be a judge. They both have the traits you look for,” he says.

Each candidate, Salazar explains, is smart and experienced, and both care deeply about the community.

The judicial election one of a few local races to watch, along with Measure S—the city of Santa Cruz’s sales tax initiative—and the county’s District 4 supervisorial race, where Greg Caput is facing off against four challengers.

Activist Steve Pleich is running against District 3 County Supervisor Ryan Coonerty. Ballots will feature local school board measures in certain areas, and the city of Santa Cruz also has measures on UCSC growth and cannabis enforcement in the era of legalization.

Then there’s the gubernatorial election.

In the race to be California’s next governor, Lt. Gov. Gavin Newsom remains the head of the pack, several months after former Los Angeles Mayor Antonio Villaraigosa—and fellow Democrat—had appeared to be gaining on him.

The race’s top two candidates from the June ballot will face off in November.

Politicos across the state had long been expecting an all-Democrat governor’s race this coming fall and viewed the election as a two-man contest between Newsom and Villaraigosa. But while several candidates having been inching up in the polls in recent months, Villaraigosa has remained mostly flat-footed. Formerly undecided voters have been throwing their support behind other candidates in the crowded race. The most recent poll now has Villaraigosa third, behind Republican businessman John Cox.

Veteran political journalist Phil Trounstine, who’s based in Aptos, has argued that Democrats hoping to flip congressional seats in November had better root for a Newsom vs. Villaraigosa November runoff. That contest would energize liberal voters to get back to the polls in the fall, he says. If Cox is on November ballots instead, the opposite will be true, he argues.

“Those crucial California House races will be substantially tougher for Democrats because Republicans will have a candidate,” Trounstine wrote on his site, CalBuzz.com.

As part of a final push, Villaraigosa visited the Central Coast on Saturday, May 26, for a tour of Cruzio Internet, visited farmworker housing and announced new endorsements.

Santa Cruz County voters with a vote-by-mail ballot for the June 5 primary may return their ballot to any polling place in the State of California no later than 8 p.m., Tuesday, June 5. Ballots may also be mailed in or dropped off at one of several drop boxes in the county anytime until 8 p.m. Tuesday, June 5.

The county’s election offices in both Santa Cruz and in Watsonville will be open 9 a.m. to 5 p.m., this Saturday and Sunday, June 2 and June 3, to accept vote-by-mail ballots. For more information on voting and local races, visit votescount.com.