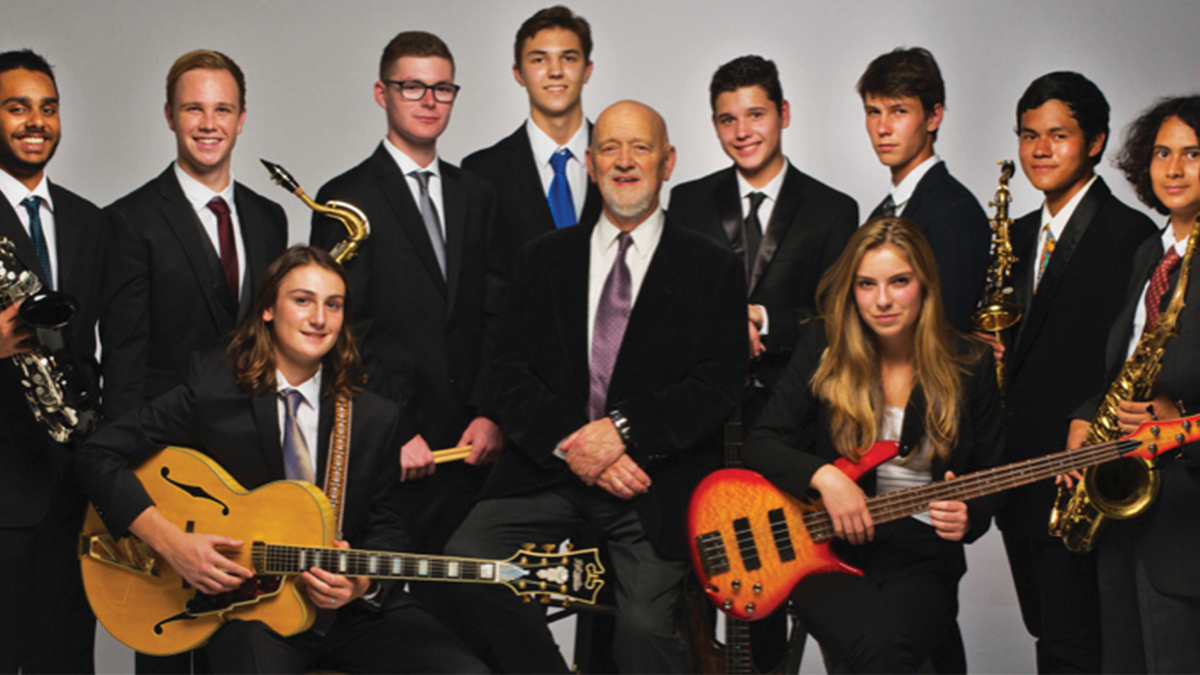 [dropcap]M[/dropcap]any professional musicians get their start in high school music programs. For Santa Cruz high schoolers with an interest in jazz, they can aspire toward the Kuumbwa Jazz Honor Band, which is open to all high school kids in the county. Most of its members are also in their own high school jazz band; this is an honor program that features the best of the best. The kids rehearse once a week through the school year, play a couple shows during the first semester, and then really start to play heavily in the second semester, on average, once a week. This year’s 10-member honor band performs at the Crepe Place on Feb. 7.

Every September, the band holds auditions. Kids can re-audition every year and make it in multiple times in their high school career, but they have to keep their chops up if they want to do that.

“Incumbency does not guarantee you a seat the next year,” says director Terrel Eaton.

He has the kids play primarily post-bop jazz tunes from the ’60s, meaning focusing on the music of John Coltrane, Miles Davis, Dave Brubeck and other artists from that era.

Going through this program, Eaton says that by the time it’s over in May, he notices a big improvement with the kids.

“In a high school band program you have some kids that are really good, and some kids not so much. This is everybody’s at a high level. I think they appreciate that,” Eaton says. “If the guy next to you is playing really good, there’s a little bit of competition, there’s a little bit of inspiration involved. It’s just a higher level than most of them get to experience.”