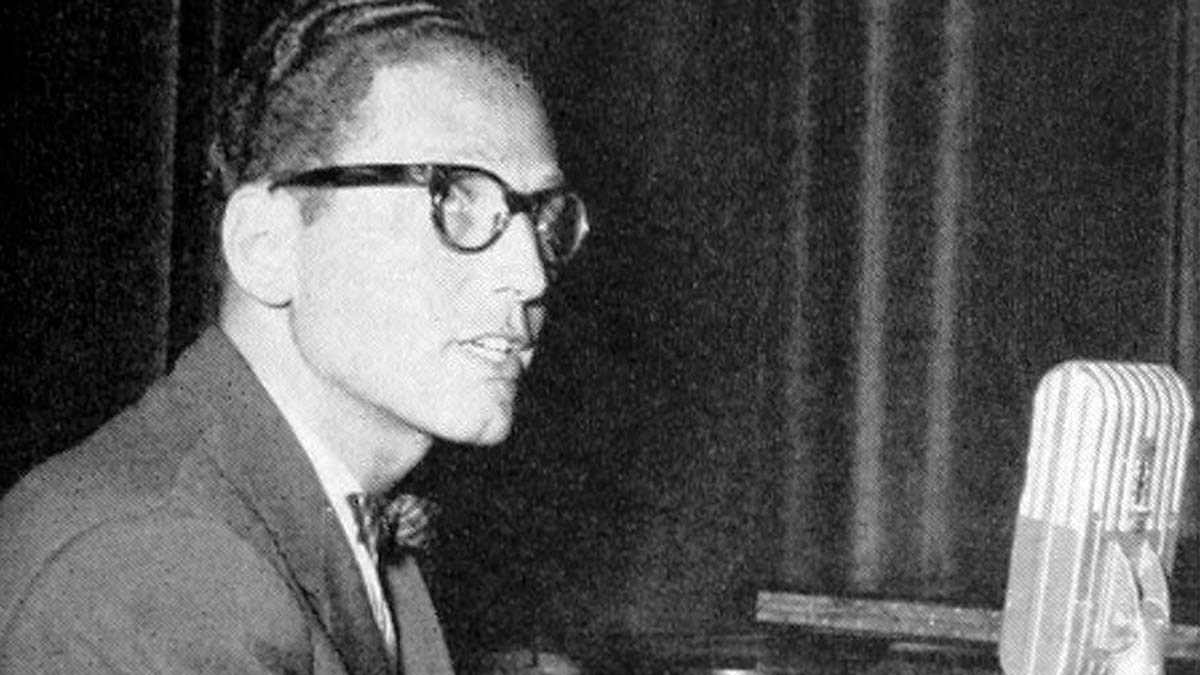 People throw around the term “underground artist” a lot. It gets confusing, because sometimes it’s slyly used to put an upbeat spin on a struggling artist. If you’re a starving Taylor Swift wannabe, sorry, you’re not an underground artist.
But if you do something original and amazing that’s resistant to going mainstream, your name may be worthy of being listed alongside Frank Zappa. I hereby nominate Tom Lehrer.
Lehrer’s songs are saturated with humor, intelligence and a willingness to both revere and abuse the musical styles of the day. They range from silly to sardonic to downright dark, and never really fit in with traditional radio, then or now. Most of his work was produced just before rock ’n’ roll took off, and he has enjoyed a steady and somewhat cultish fan base ever since. His first record was sold primarily to college students, who then as now appreciated songs that questioned the status quo and ignored the boundaries of taste.
Most fans became aware of Lehrer via mix tapes, the record collections of hip older siblings, or the syndicated radio program The Dr. Demento Show, which for decades spun songs and comedy from the fringe. Typically late-night fare, the show dredged up old funny bits from the likes of Stan Freberg and Spike Jones, and nurtured up-and-comer Weird Al Yankovic to stardom. It introduced us to Monty Python and Shel Silverstein and The Rocky Horror Picture Show and Mel Brooks and National Lampoon and, yes, even Zappa. Everything on the show was clever and unique, but Tom Lehrer always seemed to come across as smarter, more musically informed and more complex.
On April 9, in celebration of Lehrer’s 88th birthday, his songs will be performed in a show called Viva La Lehrer at the Kuumbwa Jazz Center by a variety of notable Santa Cruz musicians including smooth Joe Ferrara, wily Ukulele Dick, enchanting Jayme Kelly Curtis, a capella heartthrobs Constellation, glamorous Lizz Hodgin, versatile Steve Wilson, and tireless Peter Nichols, who years ago arranged a number of Lehrer songs for guitar to perform as a one-man show called Me and Tom. This is the third year Nichols has pulled together such a dynamic ensemble of players, Lehrer fans all.
Many of the song titles broadcast their content, like “Poisoning Pigeons in the Park,” “Smut,” “The Vatican Rag,” and “The Masochism Tango.” On the other hand, you might have to hear “I Got It From Agnes” to know it’s a lighthearted song about the transmission of STDs. If these song titles make you uncomfortable, you probably shouldn’t come.

Most fans became aware of Lehrer via mix tapes, the record collections of hip older siblings, or the syndicated radio program The Dr. Demento Show, which for decades spun songs and comedy from the fringe.

Lehrer wasn’t particularly prolific—he wrote only 37 songs in 20 years—and his performances faded out as he put his Harvard mathematics degree to good use by becoming a teacher. He started at various ivy-covered universities back east before coming to poison-oak-covered UCSC, where he taught a liberal-arts friendly math class he described as “Math for Tenors,” as well as a very interactive musical theater class requiring an audition to attend. I tried out, but was rejected; I suspect that he could tell I was there more as a fanboy of his earlier work than as a musical theater enthusiast. It was well known that he was the opposite: a walking encyclopedia of musical theater who was dismissive of his own work.
I’m still a fan, and as such I’m emceeing Viva La Lehrer. I’m also a fan of the artists in the show, so I’m going to make an extra effort to pronounce their names right. We don’t expect Lehrer to show up. There’s always a seat for him, but let’s face it, he’s just too CHICKEN to show up. You hear me Tom? Buck-uck! Chicken. Yeah, that probably won’t work.
Peter Nichols invites him to these shows, but so far, nothing. It might have something to do with the fact that he’s 88, or because he’s no longer living in Santa Cruz full time. Or maybe it’s his bright yellow feet and feathers and a tendency to cross the street for philosophical reasons.
Lehrer did once write to Nichols, however, in reply to a polite letter asking for permission to use his songs: “Dear Mr. Nichols, in reply to your letter of June 20th, I grant you permission to perform any or all of my songs in public anywhere you like. No fee will be required, but if you ever make a lot of money from this endeavor, please send me some.”
The show is also a fundraiser for the Homeless Services Center, so not much chance of that. But the show gets bigger every year, so someday, who knows?