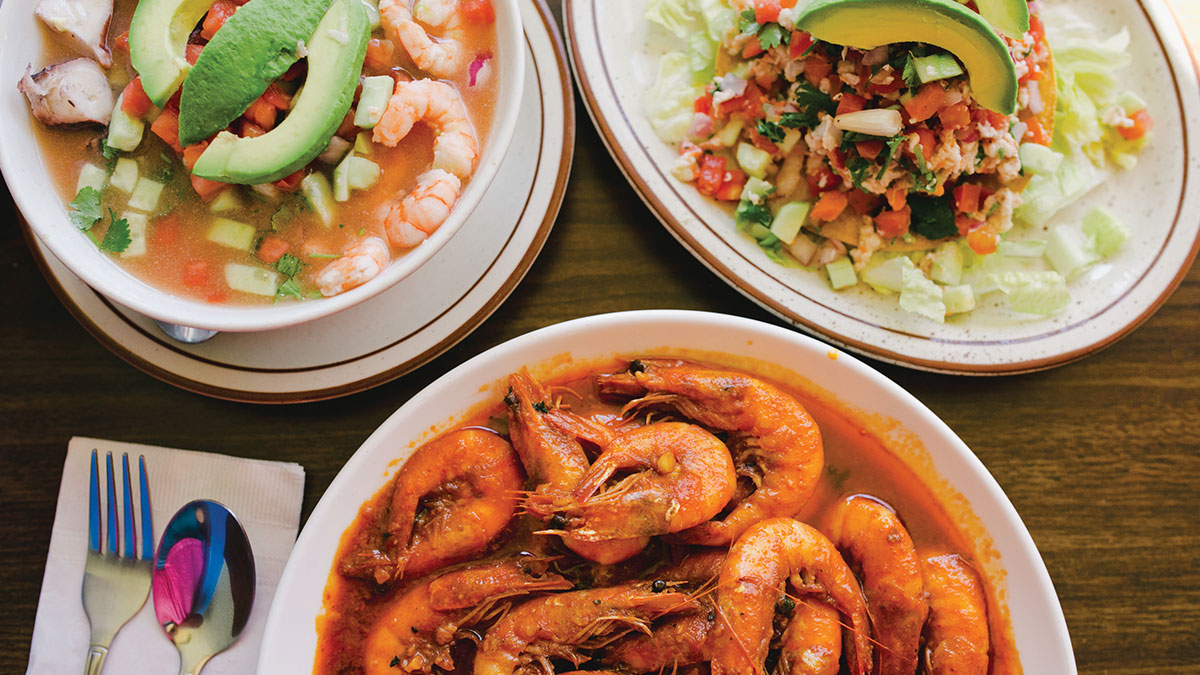 Until I had lunch at La Perla del Pacifico in Watsonville, I had forgotten that seafood could be exciting.

It’s not that I think fish and shellfish are boring, but despite living on the edge of the water, it’s been awhile since I’ve had seafood prepared in a way that feels vibrant and stimulating. Usually, I’ll reach out to a local fishmonger like H&H Fish Co. or head over to Naka for sashimi to satisfy a craving.

But La Perla del Pacifico has reignited my fire for the flavors of the sea—although that might be the chilis. A casual restaurant on Main Street, located a block and a half from the beautiful Watsonville Civic Plaza, the dining room is cozy and relaxing, with oceanic decorations swimming along the walls.

On my first visit, I ordered a house speciality, the comal de mariscos, a showstopper of a dish that arrived sizzling. Chunks of octopus, white fish, scallops, shrimp and mussels were tossed with dried chilis until everything was a deep, glossy burgundy. It was a breathtaking sight that invited me to breathe in deeply the spicy scent of land and sea. This exciting main dish was served simply with fresh corn tortillas, beans and rice. As a single diner, I was not prepared for the generous portions. I wisely brought a guest on my second visit so I could order more food.

I almost didn’t recognize the seafood cocktail when it was delivered to the table—I was expecting something drenched in cocktail sauce, but what arrived was a deep bowl filled with a light broth of fresh tomatoes, cilantro and cucumber. Below the surface were just-cooked scallops, purple octopus and camarones swimming with diced cucumbers, tomatoes, red onion and slices of avocado. A generous squeeze of lime buoyed the clean flavors. Just that, piled high on a tostada, could qualify as one of the best lunches I’ve had in 2017.

But if I had stopped there, I wouldn’t have tasted the shrimp and octopus el diablo. That el diablo sauce, dark red and almost meaty, was intensely flavored with adobo and had a savory, smoky heat that rose slowly through my sinuses and made the backs of my eyes burn. In a good way.

Next ArticleFilm Review: ‘Battle of the Sexes’