.Local Art: There’s an App For That 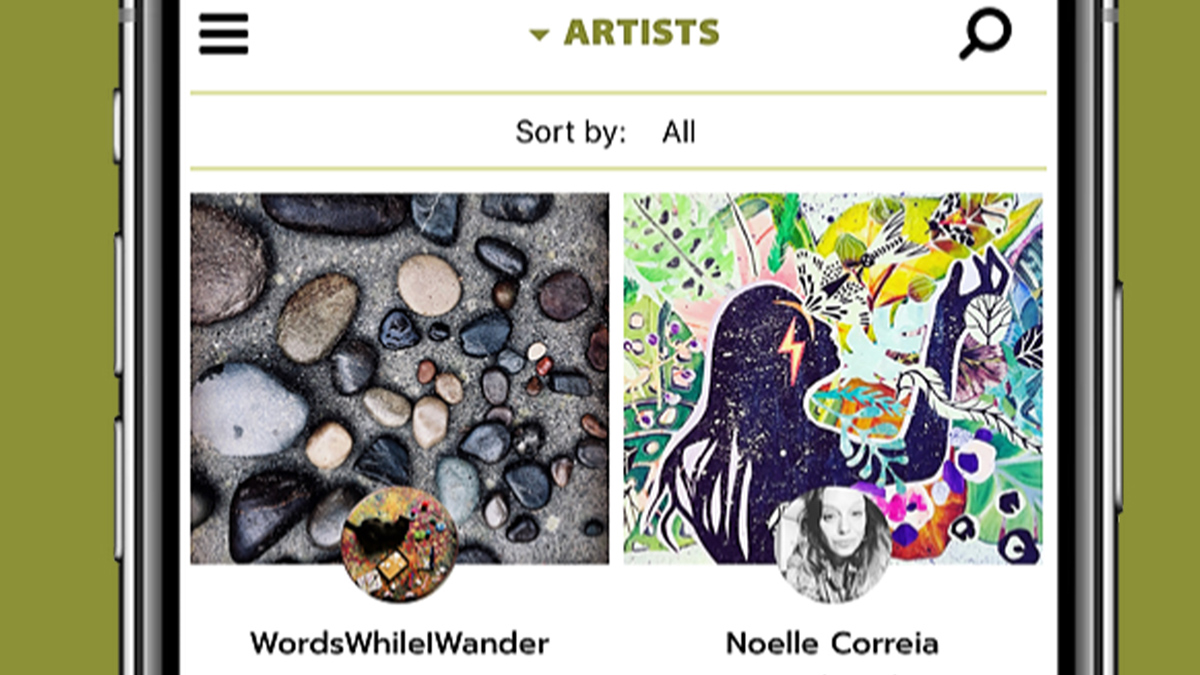 When Santa Cruz residents Derick Delucchi and Dominic Elkin visited Open Studios a few years back, they were surprised to hear how many local artists were running into issues selling their work online.

While some avoid technology completely, others have tried to make online shops on global platforms like Etsy, though they don’t always get the sales they want.

“At Open Studios, we ran into a couple of artists that told us that Open Studios is the biggest sales event for the entire year because they don’t sell online,” Delucchi says. “A lot of artists post their work online, but there are people from around the world that are also selling, so our local artists are competing on a global scale.”

So Delucchi and Elkin decided to create an app, dubbed Loc Art, exclusively for Santa Cruz artists, allowing buyers to browse local work of all types—from fine art to jewelry to woodwork and much more. After several years in the making, Loc Art was launched in the fall and is now helping artists reach perhaps their most valuable audience: their own community.

The app is exclusive to Santa Cruz County, and while the duo does not charge a commission for sales, they ask local artists to pay an annual $50 fee, coming out to just over $4 a month.

Elkin works at a Soquel-based startup software company, and Delucchi is a full-time firefighter for CalFire. Delucchi admits that while he loved designing the app, the development part didn’t come easy to him. Delucchi and Elkin paid for the app production out of their own pockets, and although they had an idea of what they wanted going in, Delucchi wishes he had known more about how many details would have to be ironed out before production actually begins.

“We had to work with private developers, because neither Dominic nor I had the ability to do it ourselves,” he says. “When I first started, I did a lot of research on it and how the designs tie in with development, but not knowing a lot about the development process was difficult. I would have an idea of how I’d like the app to function, but those ideas didn’t always work with the software. It was a big learning process, and that’s probably why it took so long to get the app made and onto the app store.”

Another challenge was that when they originally launched the idea, they made a website that allowed local artists to submit interest cards indicating that they would like their work to be included on the platform. While nearly 100 artists showed interest, Delucchi says only three actually followed up and created a profile once the app was developed.

“It was definitely less than expected. There was a long process of making phone calls and meeting with local artists and getting them to upload their work on the app,” he says. “There are a lot of artists that are excited about it because they struggled with either marketing their art in person themselves or posting their work to other online stores without any results. But there are still some that are struggling with the app itself.”

There can be a barrier to entry when it comes to selling work online, particularly for an older generation of artists. With less-technology-savvy creatives in mind, Elkin and Delucchi created a how-to video, now posted on YouTube, for how the platform and profiles work. They also plan to create a website that allows artists to upload and create profiles online, not just from their phones. There are now more than 70 artists represented on Loc Art, and it seems to be growing.

“We are slowly building up our user base,” Delucchi says. “We hit 150 users recently, and we are hoping sales will start to snowball.”

For buyers looking for something a bit more personal, the app also allows custom commissioned work through direct communication between buyers and sellers. While the app is currently only available to the Santa Cruz community, Delucchi envisions the app starting a wave of community-driven art sales in other places, too, to make art and technology more accessible for both buyers and sellers.

“Technology allows us to connect with a greater number of people much easier, and that’s true for artwork, too,” Delucchi says. “You can see which artists are doing what, and discover new artists. It’s a new way to shop for art in whatever form that allows people to connect with others on a local level.”

Loc Art is available on the Apple Store and GooglePlay. locart.org.

Next ArticleWhat are you afraid of?