.Do These Local Candidates Represent Bernie? 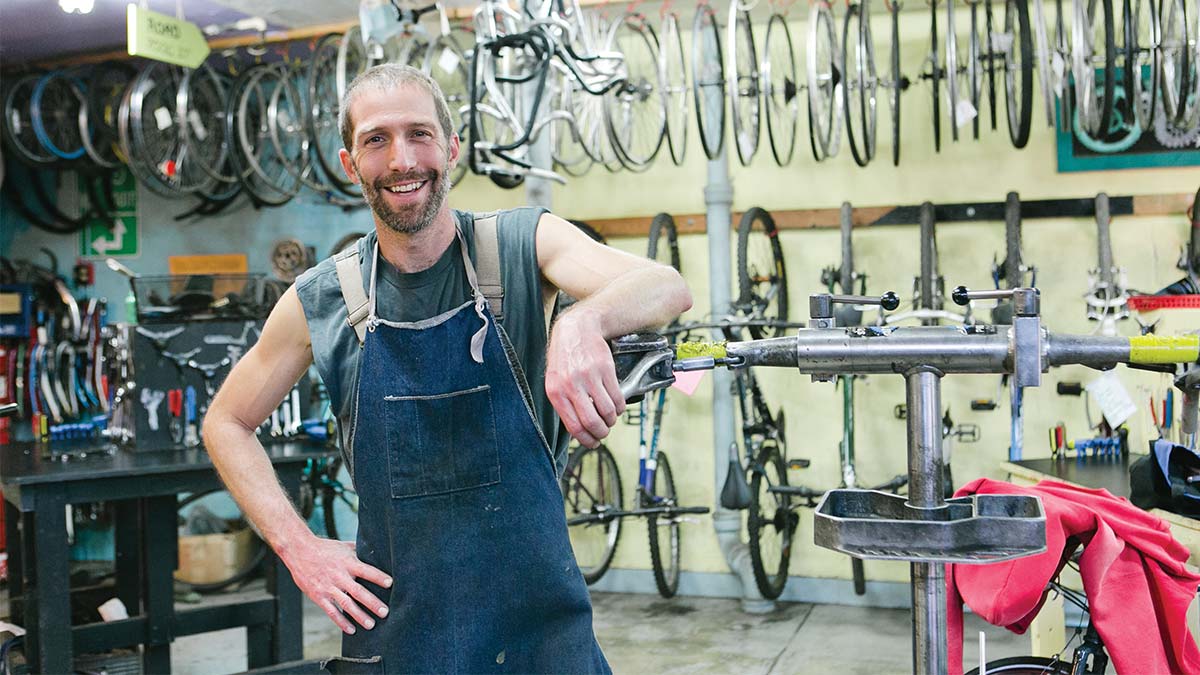 In the final days of Bernie Sanders’ campaign over the summer, his tone shifted.

He ceased criticizing his opponent Hillary Clinton’s ties to Wall Street and finished talking about winning the Democratic nomination, as Clinton had by that point amassed a clear path to victory. The U.S. Senator from Vermont lauded his hard-working team and thanked people who had made their first foray into politics by helping to get the vote out for Sanders. He also pushed them to go one step further.

“Now we need many of them to start running for school boards, city councils, county commissions, state legislatures and governorships,” Sanders said via livestream on June 16. “State and local governments make enormously important decisions and we cannot allow right-wing Republicans to increasingly control them.”

Santa Cruz already has a long history of involvement in local politics, including one activist slate after another seeking office on Santa Cruz City Council, some of them more successful than others. But this year, the excitement generated by Sanders’ run propelled the opportunity for a new platform. Local organizers looked at data from online and phone surveys of their members . Then, they went to work on a candidate pledge.

“We saw what the priorities were and gave them categories,” lead organizer Shawn Orgel-Olson says. “They aren’t all of the priorities, but the top ones we found.”

The local election pledge that Santa Cruz for Bernie crafted last month was split into seven categories, including affordable housing, homelessness and police accountability. But its critics say the details of its platform are unworkable, and in some cases even illegal.

“One of the things I loved about Bernie Sanders is even though he didn’t win, he changed the debate,” says Schnaar. “You can’t expect everything to come out the way you say you want it, but I at least want to change the debate.”

Other issues on the platform include limiting UCSC growth, accelerating a $15 dollar hourly minimum wage, community gardens, and funding for more sustainable transportation.

It demands, for instance, that 25 percent of any new housing complex’s units be affordable, up from a previous requirement of 15 percent, and that developers won’t be able to pay in-lieu fees instead of actually constructing low-income units. “Affordable housing. That’s the story of this election,” says Chris Krohn who served as mayor in 2002 and hasn’t run for City Council since. He says he felt inspired and awestruck when he witnessed the optimism of Sanders firsthand in Philadelphia over the summer.

A few weeks ago, Schnaar, Krohn, Glover and Brown all won endorsements from Santa Cruz for Bernie, as well as from the People’s Democratic Club, after agreeing to the pledge.

Five-time Santa Cruz Mayor Mike Rotkin, who proudly supported Sanders earlier this year, wrote an email to the local committee critiquing the platform. The nearly 2,000-word letter, which was shared in a Chamber of Commerce newsletter, broke down the platform by bullet points, arguing that the pledge would be impossible to implement and that any candidate who signed on would have a difficult time getting elected in the first place.

“I respect and encourage your commitment to getting much more involved in local issues while we wait for the next presidential election to roll around, but hope that you find a way to make that commitment more meaningful and reflective of the realities of how these issues unfold in the context of our local community,” wrote Rotkin, who is out of the country and could not be reached for an interview.

Candidate Robert Singleton, who declined to take the Sanders pledge, says the platform’s beefed-up inclusionary housing rules would be illegal when it comes to rentals. Inclusionary zoning laws for rentals are currently in a murky gray area, due to a 2009 court ruling in Southern California. Singleton, who also supported Sanders this year, says he has a different plan to build denser housing, including units for Section 8 vouchers.

And Singleton, who co-founded the online forum Civinomics as a UCSC junior four years ago, says that, for better or for worse, it’s also too late for the city to try legislating how big the university grows, despite concerns people have about water usage.

“ We’ve tried that in the past and it didn’t work. The city lost tha t lawsuit,” Singleton says, recalling a 2010 court case. “Furthermore, UCSC— despite having more students and developing more—is using less water now than they were 15 years ago because they have more strict building standards.”

Steve Pleich accepted the pledge, as “there were no deal breakers in it, as a progressive politician,” he says.

Still, he feels that as the California population grows, it’s UCSC’s duty to admit its share of students, as the city agreed to five decades ago.

“I think that everyone deserves a college education. So with 16,000 students coming in, I think we need to supply them water,” says Pleich, who was the only one of five candidates to accept the pledge and not get an endorsement from the local Sanders group.

Undeterred, Orgel-Olson believes everything on the pledge can be accomplished. It’s simply a matter of initiative.

“None of the items are impossible,” Orgel-Olson says. “We just need a City Council with the courage to stand-up to special interests and advocate for marginalized people and issues to build a more just community.”

Previous ArticleObama’s Stand for the Environment in Tahoe