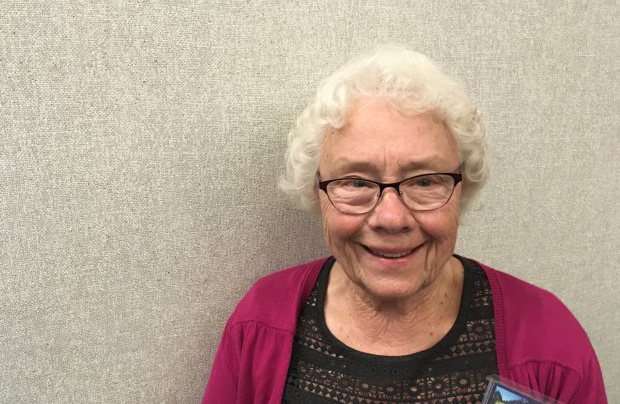 In the ebb and flow of service to one’s community, Felton’s Lois Henry has waded upstream repeatedly to support her neighbors. Since 2008, Henry has been in water, and now, she’s finding her way out of the changing tides of water management, as she announced her retirement from the San Lorenzo Valley Water District Board of Directors.

Her last official day on the board was Tuesday.

Henry said she first thought of resigning when she turned 83 in November. She solidified her decision over the last few months.

“I’m stepping away to give my spot to a younger person with the time and energy to do the job and come forth to apply for the position, and potentially run for the board in November,” she said. “I’ve been thinking about running again this November, but I’ll be 84. I’ve been on a water board since 2008, and it’s almost like when you retire from a job and don’t want to retire, but you think, ‘Wow, I’ve got time for things now.’ Being on a water board takes a lot of time. There is a lot of material you need to read and understand and what it’s all about.”

Henry served on the Lompico County Water District Board from 2008 to 2016 during a tumultuous era when the flailing utility was forced to merge with San Lorenzo Valley Water District. Her years-long dedication to the Lompico community ultimately earned her the Board President of the Year award from the California Special District Association in 2013, where leaders like Bruce McPherson and Mark Stone sang her praises.

In more recent years, Henry has found herself in various roles on the SLVWD board, including a stint as president and positions on multiple committees. Now, however, Henry is looking to find a little respite from her years of selfless volunteerism.

“As a Board member, Lois was always prepared for meetings, was kind in her exchanges with staff, and, when it came time to vote, could be counted on to put what was best for the district first, regardless of politics,” Board President Gail Mahood said in a press release. ”Being a relative newcomer to the Valley, I especially valued the perspectives Lois brought from her involvement in the foundational stages of the Santa Margarita groundwater association and from her critical role in rescuing the Lompico Water District from financial catastrophe and then shepherding the process of consolidation with SLVWD. Lois has been a major force in shaping the water landscape in San Lorenzo Valley, a legacy she can be proud of.”

Added District Manager Rick Rogers: “It’s not often a new director gets elected and hits the ground running, there’s usually a big learning curve. With Lois’ experience and financial background, she did just that, she hit the ground running.”

Now, SLVWD is left with yet another vacancy that will need to be filled. The board finds itself with two options: wait until the November 2022 election to fill the slot with a candidate, or appoint a replacement.

With a five-member board, allowing Henry’s seat to remain open until November could potentially result in some 2-2 ties on important issues facing the district, yet appointing a new member places the district on precarious footing within the community.

The district filled its most recent vacancy by appointment in 2021, when Tina Marie To resigned a mere three months after being elected to the board in the November 2020 election.

The board has yet to release its determination for moving forward following Henry’s resignation to the public.

The regular SLVWD board meeting that was slated for March 3 has been canceled. Board members are trying to organize a meeting for March 10, but have yet to finalize that decision.

Asked to encapsulate her time as a director on the local water boards, Henry said that it was “a highlight of my life.”

“I appreciate that I’ve had all these years working on water boards to be of service to the people in the community like when I was on the Lompico board, to represent all the people, and then on SLVWD,” she said. “It was a whole lot more people to meet and greet. So happy I had that opportunity … It always felt so good to be on a water board.”

For those interested in learning more and attending future meetings, visit slvwd.com.

Next ArticleJan. 6 Committee Lays Out Potential Criminal Charges Against Trump