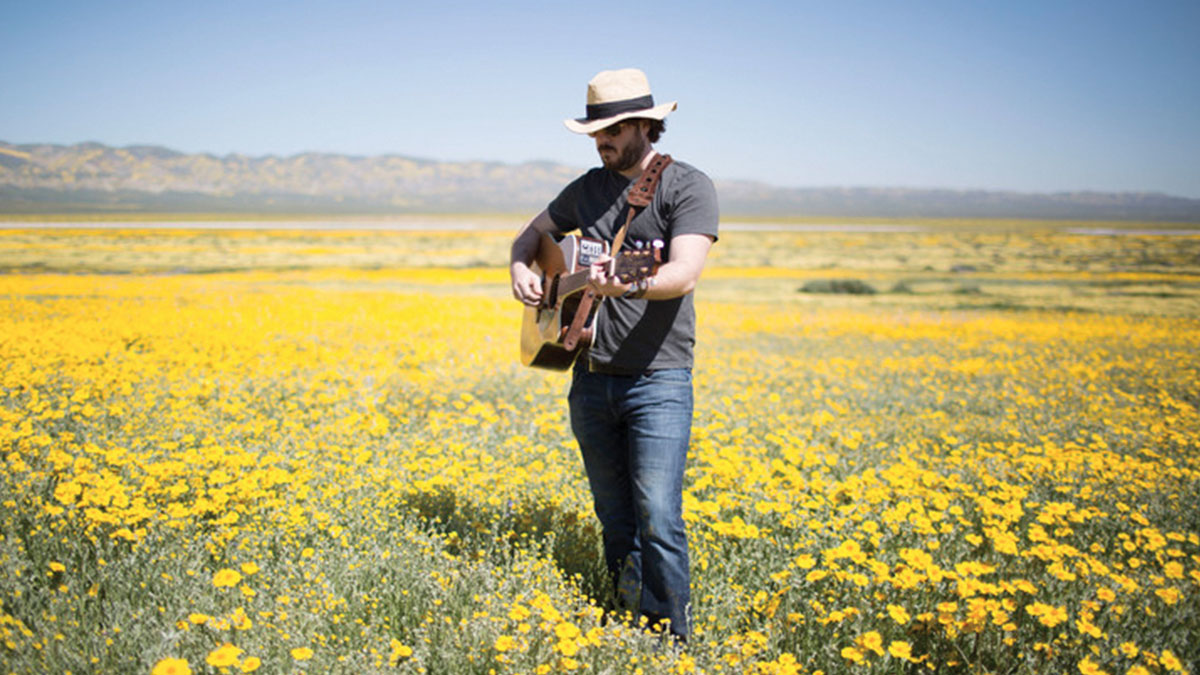 Sadness is a running theme in local singer-songwriter Brad Sanzenbacher’s music. But the songs he’s written the past few years were on a whole new level—full of “crippling despair” and “sardonic self-awareness,” he says.

As Sanzenbacher observed the tone of his new material, he decided it was time to pick some songs that really vibed and put together a new EP.

“I probably could have not articulated these things about myself without a guitar in my hands. It’s like a therapy session,” Sanzenbacher says. “I’m a stream-of-consciousness kind of writer. I don’t sit down and say, ‘I want to write a song about this or that.’”

He recorded with former local engineer Kenny Schick, now located in Nashville. Schick played all the backing instruments on the album, aside from a fiddle. The result is a gorgeous, melancholy country record with lush vocal harmonies. The EP, Dying Old Flower, was released on July 15.

This is also the first studio recording Sanzenbacher has done in a decade. He made a homemade, bootleg-style live album a few years ago. His first record, released in 2011, was called Fear and Drought. Part of what inspired his new batch of songs was that he could envision them as fully flushed-out songs, not just on his acoustic guitar. At the same time, he’s been looking for material to highlight where he is now.

“The goal of the record is to reintroduce myself, and show people what I can do,” Sanzenbacher says. “I’m hoping this new record will help me get new shows and help me find a new audience by showing them how I sound now. I think maturity is the key word there.”