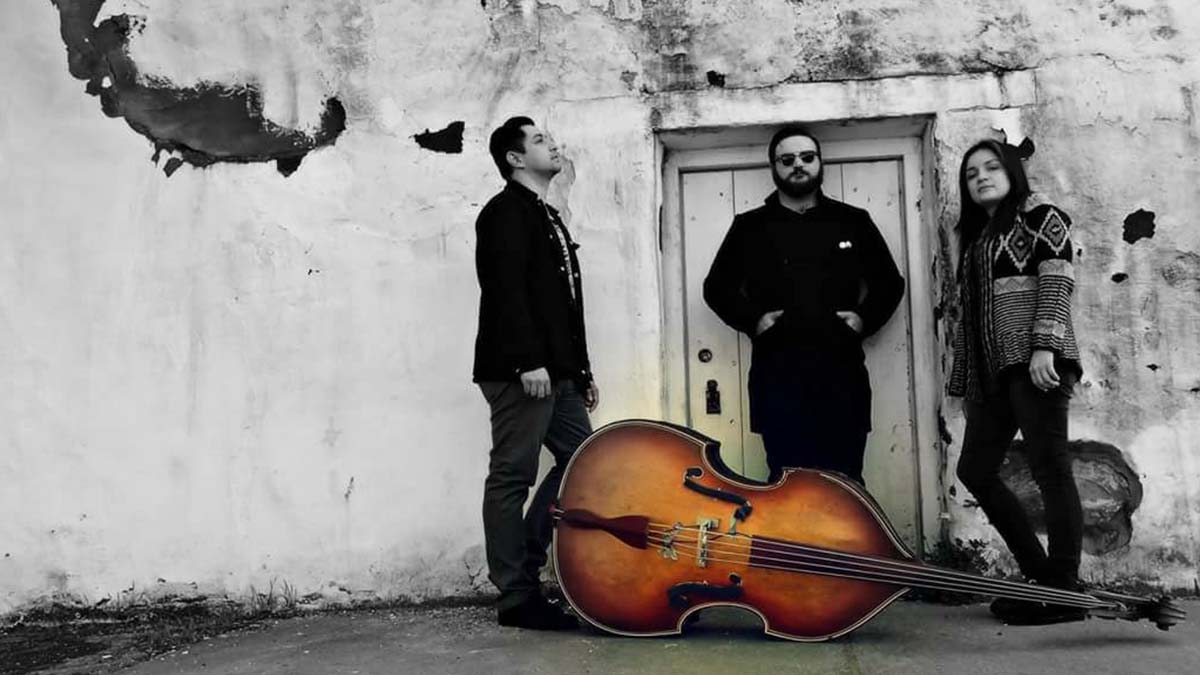 I first heard Fulminante last year when the band was booked for my surprise birthday party. Admittedly, most of the night is pretty fuzzy—although clarifying pictures exist in the everland of social media—but this local power trio wasn’t easily forgotten.

“Anybody who looks at us thinks we’re a rockabilly band,” says drummer Josue Monroy. “But we’re not.”

Formed only last year, Monroy, stand-up bassist Paul “Wolfman” Grimm, and guitarist Brenda Martinez have since ignited the local scene with their intoxicating brew of infectious tunes. They start with a punk and surf base, but craftily add flavors of gypsy energy à la Gogol Bordello, the Latin style of Manu Chao, and a dash of ska that recalls one of their favorite local bands, La Plebe—bringing the Fulminante (“explosive”) flavor to head.

“Josue and I played together in the Atomic Aces, and when that ended, we wanted to do something different,” Grimm remembers. “He kept bugging me, ‘Dude! Let’s play something fast! And I want it sung in Spanish!’”

When Monroy answered Martinez’s Craigslist ad to jam with some local musicians, the three naturally clicked and began writing.

“I like to not tell them how to play, ya know?” Martinez says. “Charles Mingus did that with his musicians because he wanted them to play it the way they wanted.”

Their creative ambition drove them to release their first, self-titled EP last February. Recorded on analog at Real to Reel Studio in Sand City, it contains four of their fans’ favorite songs, including the wild anthem “Taco Surf Party” and the headbanging-yet-danceable “Mala Suerte.”

“Life is hard enough,” says Martinez. “To make people forget about their day for 45 minutes is a blessing.”

Previous ArticleCould Farmed Seaweed Save Us?