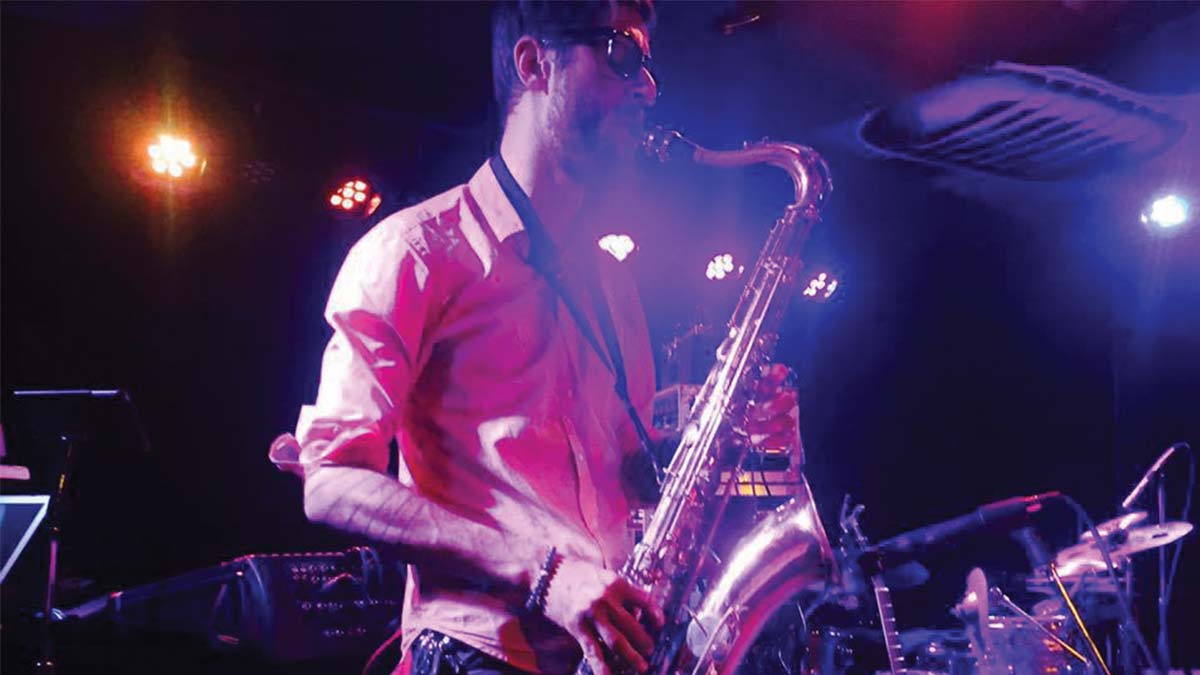 Oh, these DJs—all they do is stand behind their laptops and press play, right? Well, that may be the case for some electronic musicians, but it certainly isn’t for Krikor Andonian, who makes electronic music under the moniker KR3TURE. The audience may see him standing behind a laptop, but they’ll also see him playing a guitar, a melodica, a flute, a saxophone, and maybe even a harmonica.
“I’m primarily a multi-instrumentalist. I would feel awkward standing on stage not playing anything. That’s why I make music, because I love playing,” Andonian says. “I call it ‘acoustic electronic’ or ‘live electronic.’ It definitely has an electronic feel, but it’s written on instruments.”
People might already be familiar with Andonian. He’s one half of Feral Fauna, and he used to be a part of local group Audiafauna. Whether it’s with either of those groups, or in his solo work as KR3TURE, he always approaches electronic music through a unique lens. It’s not strictly computer music. Any way he can best express himself, he’ll take it. The main difference with a KR3TURE set is he’ll most likely use sampled and glitched-out vocals, but that blend of organic and electronic will still be there.
“The lines today are blurred. We’re like a cyborg generation. It’s whatever inspires us the most,” Andonian says. “Wherever we hear the sounds that we want to use, then we’re going to use those tools. I think there’s something really powerful about electronic music. You can definitely go on journeys with acoustic music. I borrow from various people the things that I like, and make my own amalgamation of those elements.”

Previous ArticleWhat qualities do you admire in others?

Next ArticleBe Our Guest: Fiddler on the Roof