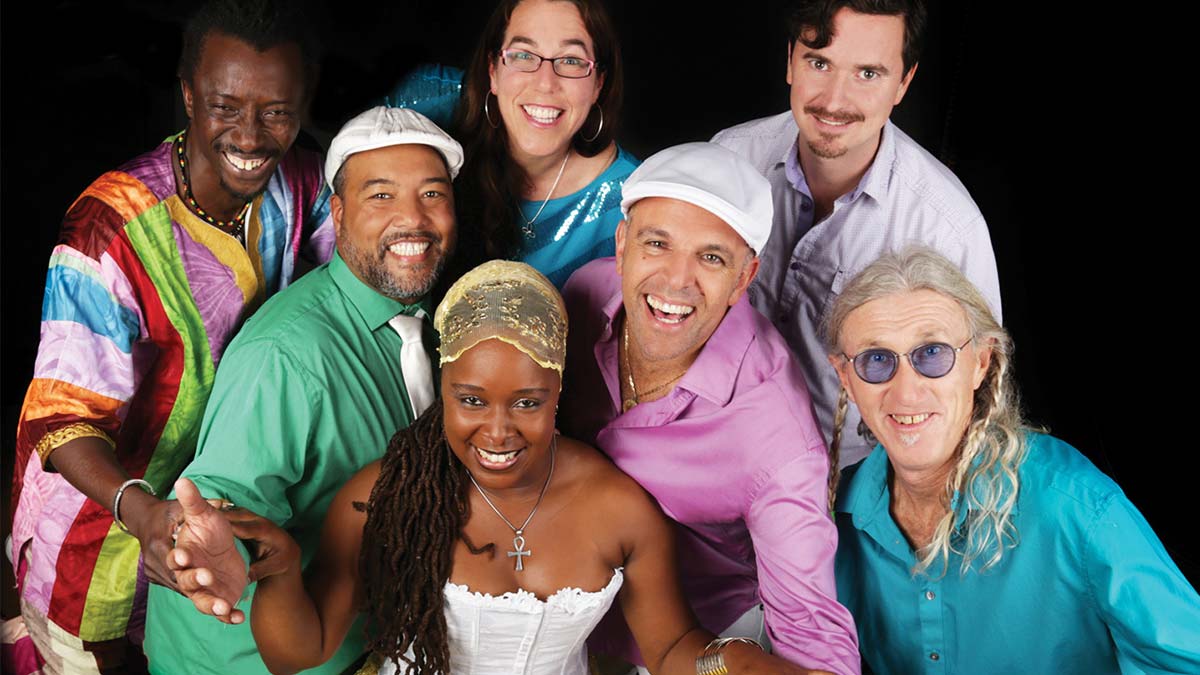 Local Afro-Brazilian collective SambaDá is known for its captivating music and magnetic energy. The group has performed all over the country, from the Kennedy Center to Soledad State Prison. At a recent festival in Carson City, for example, they had a crowd of thousands dancing from the first song.
“Whatever I asked them to do, they did it,” recalls lead singer Dandha Da Hora. “You know, ‘Put your hands in the air, get low to the ground, cross back and forth sideways.”
Eliciting audience participation through communal choreography is typical SambaDá style. “The audience may not understand the [Portuguese] lyrics, but the beat touches them,” Da Hora said. “We feel the reaction of our audience, the human connection. When we perform, we have this amazing possibility to offer healing through music. Music is universal, a tool for communication and for transformation.”
The band strives to share a message of “social justice, peace, and the respect of all cultures and peoples” at every performance, says Da Hora. Anyone who has seen the group live knows that they accomplish this by engaging with their audience, creating an open and accepting atmosphere that allows listeners to let loose. While on the road, SambaDá offers free dance and drum workshops prior to every performance, another way to connect with their community.
In light of the current political and social climate, the band feels that spreading their message is more important than ever: “A lot of the music we play is rooted in black culture, whether it’s Afro-Brazilian culture or African American culture or Senegalese music,” explains multi-instrumentalist Anne Stafford. “During our shows, Dandha always says something about the Black Lives Matter movement. Music can open people’s hearts in a different way than words can. It breaks down barriers. So when we talk about the issues, we’ve already got people in this open space, where they’re not as defensive.”