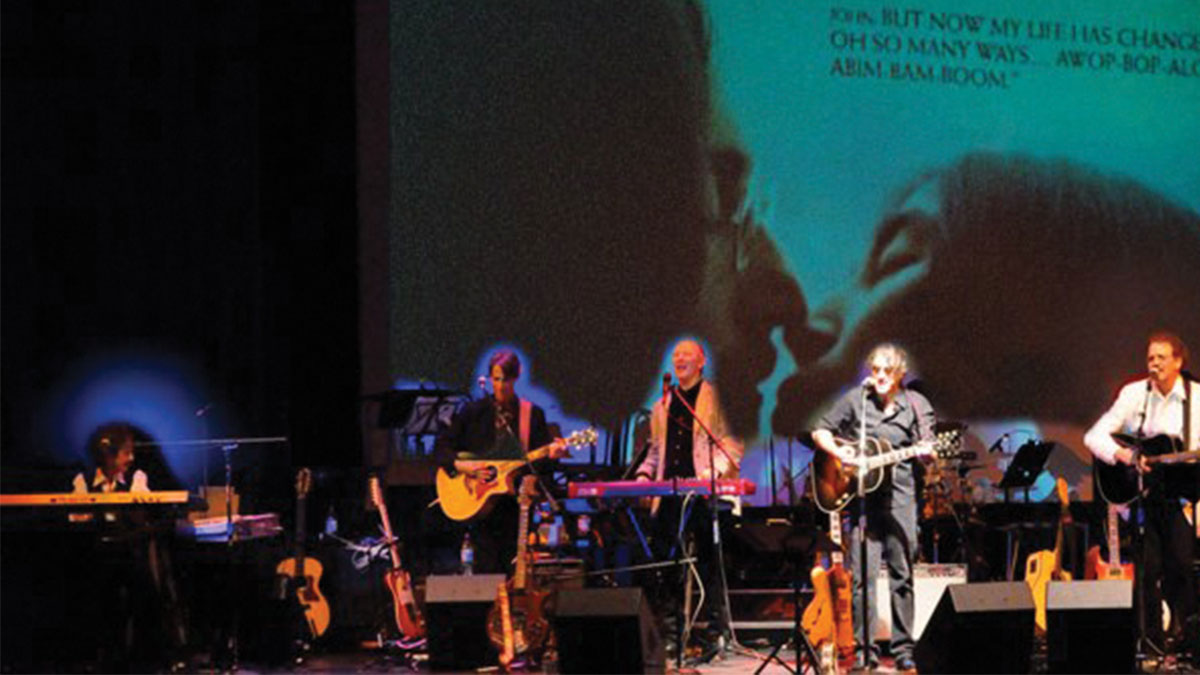 The Beatles stopped touring in the mid-’60s, and many fans believe they released their best work after dropping anchor. Entire records were never performed live.

Rick Mckee was driving from San Francisco to Santa Cruz 14 years ago thinking about this, and how great it would be to see the scattered, densely packed White Album live in concert. He assembled a who’s who of local players to pull this off. The group of eight musicians played four sold-out concerts—people camped out for tickets. After those four shows, he wanted to put the project to rest, but the other members didn’t. He gave them the blessing to continue without him. Since then, the White Album Ensemble has expanded their repertoire to include everything from Revolver to Abbey Road. (They’ve done Rubber Soul and Let It Be, as well).

“It was something that was a fluke that was successful,” says multi-instrumentalist Dale Ockerman. “It’s amazing to me. It’s 14 years of covering a very narrow slice of the Beatles’ work. We squeezed three years into 14 years of looking into it. It’s sort of absurd.”

The project has been a gradual experiment in what they can do, and how to best do it. Currently the core group is seven members. They also have a three-piece horn section, as well as a string quartet. That’s 14 people, all painstakingly trying to replicate the intricate sounds the Beatles created in their post-“Love Me Do” days.

“We started adding bells and whistles right away, because it was our bread and butter,” Ockerman says. “The Beatles got to a place where they were writing music that was more complex. We’re not trying to reinvent this. We’re not going to do reggae versions. We’re just going to try to do the albums.”

This go-around, the band will perform Revolver on Thursday and Sgt. Pepper’s Lonely Hearts Club Band on Friday.

Previous ArticleWhat are your hopes for 2017?

Next ArticleBe Our Guest: Pride & Joy