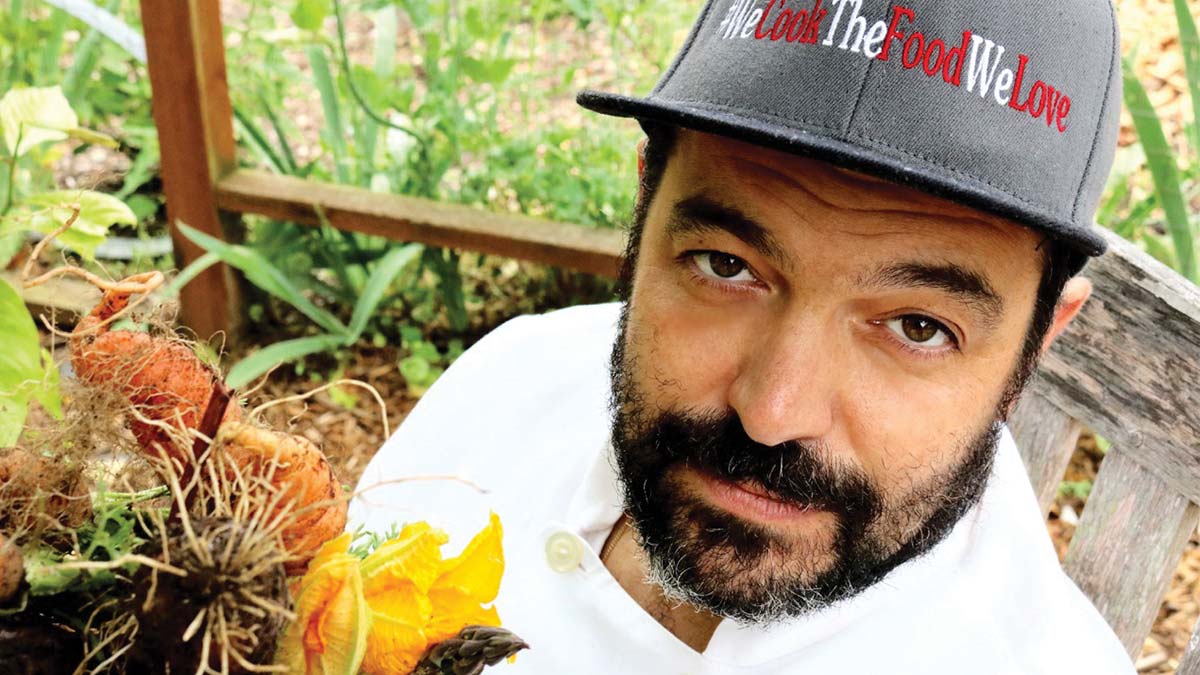 The charming Craftsman home-turned-restaurant at 3101 N. Main Street in Soquel has gone through several reincarnations in the last 10 years—most recently as La Gioconda, an authentic Tuscan kitchen headed by restaurateur Luca Viara—and is about to undergo another transformation under the ownership of chef Brad Briske.

Briske, whom Viara praises as “the perfect fit,” was the chef at the location during its Main Street Garden & Cafe days, and after honing his “food-as-medicine” philosophy and farm-to-table ethos as the head of La Balena in Carmel for the last few years, is excited to return home … or, rather, Home.

“I decided to name my restaurant Home because the space is an old house with a lot of charm converted into a beautiful restaurant where people will be taken care of. ‘Home’ is how I want my customers to feel,” says Briske.

Briske was a vegan before teaching himself how to butcher and use entire animals, and is extremely dedicated to sourcing the best local ingredients, which he says isn’t difficult in an area with such passionate farmers. He describes his cuisine as wholesome, holistic, Californian-Italian with a “whole animal and food-as-medicine philosophy.” Briske also teases the idea of doing a chef-served tasting menu at his new location, although he hasn’t quite worked out the details. He hopes to open the doors to Home this fall.

With the sale of the Main Street kitchen complete, Viara has time to focus on several other projects, including his casual and authentic pizzaiolo, Tramonti. The Seabright restaurant, opened in 2012, is flourishing, and he’s looking to open another location in Santa Cruz as soon as he can find an appropriate property. Viara, who was born in Turin, is also starting a small catering company with his former business partner, with whom he ran several successful ventures in Milan and Sardinia called “We Cook the Food We Love.” He expects to be online by November, while simultaneously opening Amore, an organic farm-to-table pizza spot in Kauai.

Event Santa Cruz is celebrating three years of highlighting local movers and shakers with a Collaboration on the Lot party at Venus Spirits on Friday, Sept. 23. More than 20 beloved craft food and beverage makers will offer special collaborations, like a Verve Coffee and Humble Sea craft brew, along with live music and local artists. Tickets and info at eventsantacruz.com.

Dust off your dirndls, ladies, and button up your lederhosen, lads—Sausagefest is back on Sunday, Sept. 25. This year, the tongue-in-cheek Oktoberfest-style festival will feature a competition between local sausage vendors like El Salchichero and Sun’s Out Buns Out, local craft beer and cider makers, autumn treats and live music at the Westside farmers market lot from 2 p.m. to 5 p.m. Hosted by Emily Thomas, owner of Santa Cruz Mountain Brewing and the Cremer House, proceeds will benefit the Friends of Santa Cruz State Parks. Tickets at scmbrew.com/events. Prost!

I was skeptical when my friend insisted we grab a steak for our backpacking trip over Labor Day weekend, especially since he also assured me we also did not need a grill or pan of any kind. I still wasn’t convinced when he let our cooking fire burn down and banked the coals to one side. I even tried to stop him when, after heavily frosting the outside of the meat with kosher salt, he placed it directly on the embers. Then I walked away and had a glass of wine (because everyone brings wine when they’re backpacking, right?). When I returned, he was cutting a perfectly charred, medium-rare steak that was amazingly ash free. I was delighted to eat my words and a delicious steak dinner on the trail that night. Next time you’re out in the wilderness, try it for yourself!

Previous ArticlePreview: Grazing on the Green