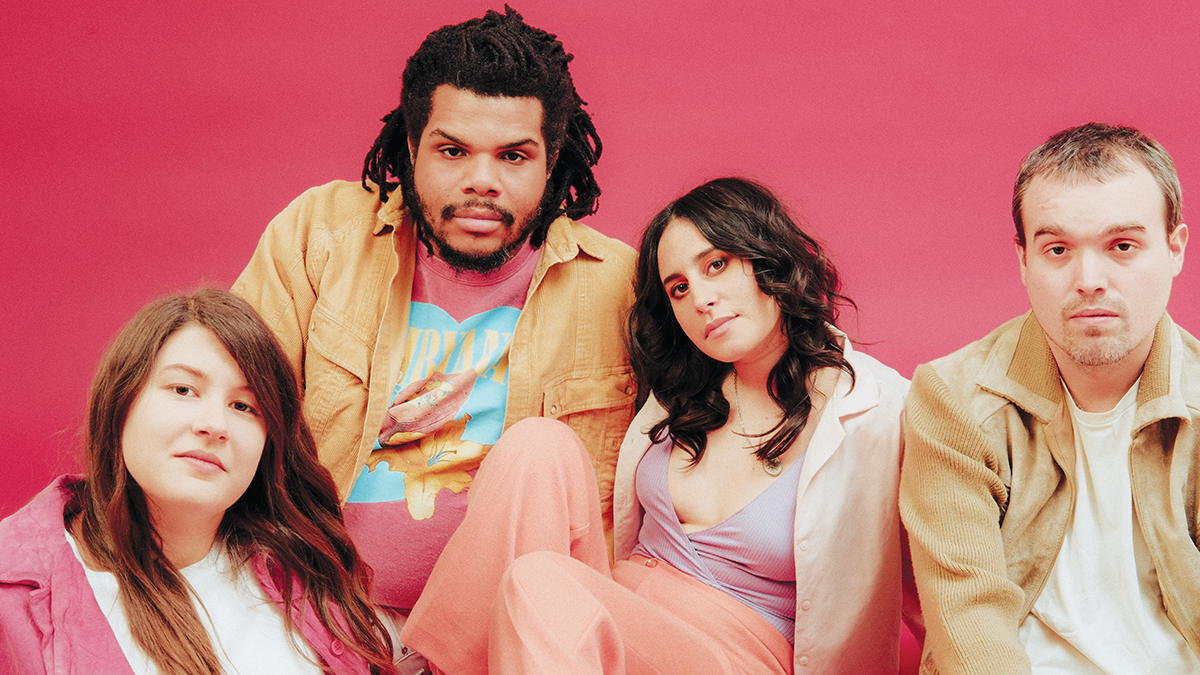 When Philadelphia punk rockers Mannequin Pussy were getting ready to record their third full-length record, they were excited that Epitaph was interested in releasing it. The only problem was that old label Tiny Engines was holding up the process. The negotiations were long and brutal, and ended up stalling the release for a couple of years.

When the record was finally released in June, it was a huge leap forward for the band, stretching its previously dissonant, confrontational punk sound to include more pop, emotive ballads and mid-tempo New Wave rockers, as well as a bit of discordant punk still in the mix. It’s a hodgepodge record that flows surprisingly well and pushes the boundary of what a punk band can be.

“I don’t want to live in a world where punk is only one very particular thing,” says singer/guitarist Marisa Dabice. It’s punk “as long as there’s anger there, or really intense emotions.”

During the long two-year delay, the band came up with the perfect name for the album: Patience—as in, what they needed a lot of to not go crazy during the wait to release it.

“Every time we expressed what we were going through with someone, all anyone could say was, ‘You have to have patience.’ Which is an infuriating thing to say,” says Dabice. That became the inside joke that we would say in that dumb valley girl voice to each other.”

The band made the record a few years ago, then scrapped it and later re-recorded it. The first version was recorded with the same producers that handled their sophomore record, 2016’s Romantic.

Like that album, the first stab at Patience was washed out and compressed, which worked brilliantly with the noisy and pissed-off songs on Romantic. But these new songs were different. At times, Dabice found herself singing yearning pop melodies over almost-rock ballads. They wanted a more polished sound, and to have the vocals elevated above the instruments—not buried within them.

“We knew we wanted to push these songs into a new place,” Dabice says. “I didn’t want to hide behind anything. I wanted to be clear what was trying to be communicated on this record.”

The album benefited from this type of care. Dabice covers some vulnerable topics, including abuse she’s suffered in previous relationships, as well as poor decision-making in her twenties that led to some unhealthy patterns. As she processed these experiences, she felt more than just anger. She wanted to present the full gamut of her emotional state and have the music reflect that.

“It’s important to find a way to transform those painful experiences. If you don’t, it eats away at you, and then you find yourself releasing that anger in ways that are usually to the detriment of yourself and people around you,” Dabice says. “It really helped me to understand myself as the person I am after that experience.”

The pain and honesty in the lyrics can be a challenging listen. And with the polished recording, the lyrics do jump out unlike on the band’s prior two albums. But she does close on the positive “Love Again,” which is about self-love, which she’s hoping to leave people with.

“When you have an album that’s full of emotional storms and torment and anger, to end an album on something that feels more optimistic is important,” Dabice says. “Everything that led up to this point, and now you can begin those processes of learning to love yourself and allow love into your life again.”