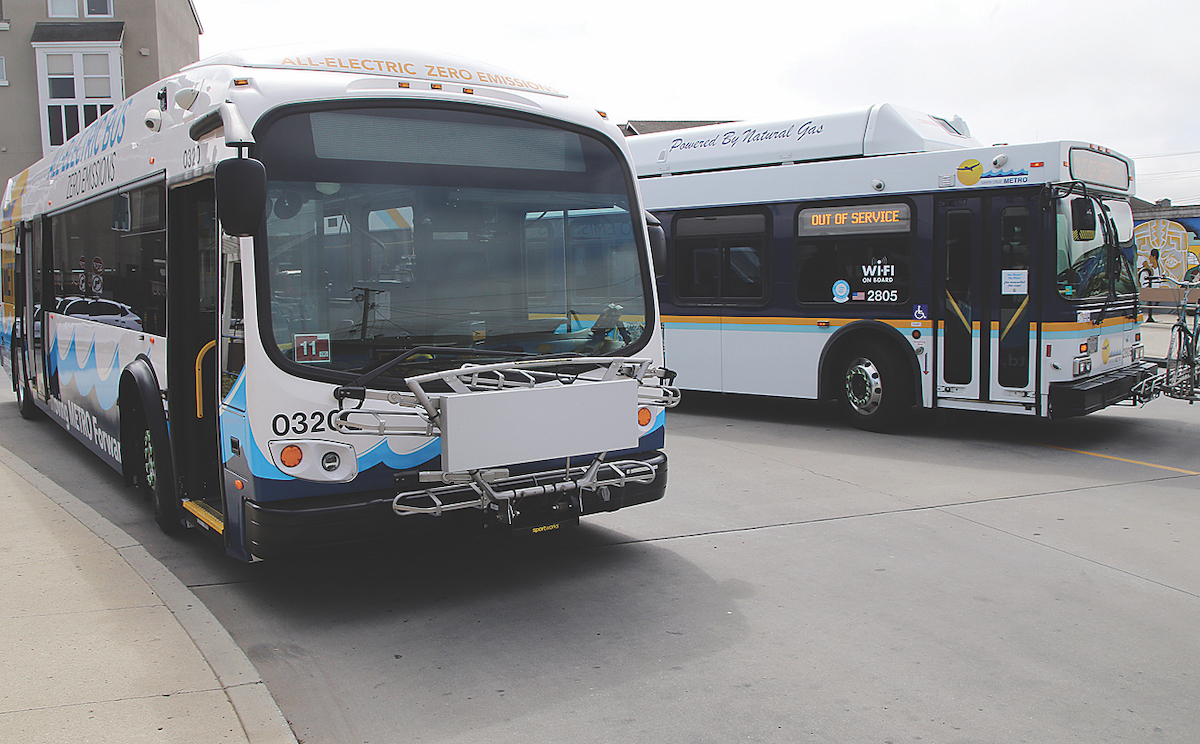 Clifford will be CEO of the San Joaquin Regional Transit District (RTD), he announced.

The announcement came six months after the METRO Board of Directors approved a three-year contract extension and a salary increase for Clifford.

Clifford says he was not looking to leave METRO when a recruiter from the Stockton-based agency contacted him. He says he liked the terms of the contract they offered.

“I’ve had a great stay here for over seven and a half years,” he says. “I’m really excited about the many things the board, the staff and I have been able to accomplish. We’ve done some really great things, and I have a lot of pride in being associated with this agency.”

Since Clifford started with METRO, he helped resolve a $6.3 million structural deficit that had the agency fretting about possible bankruptcy.

He also touted the completion of the Judy K. Souza Operations building, and the upgrades to the METRO service Center in Santa Cruz, and upgrades to the transit center in Watsonville.

METRO has also launched the agency’s first zero-emissions electric bus service under Clifford’s leadership, with plans to increase the number of busses. It has also passed Measure D and replaced 32 out of 68 aging busses.

All of the accomplishments Clifford touted, he says, came thanks to his “dream team leadership team.”

“I will very much miss them,” he says.

The announcement came as a surprise to the Board of Directors, who spoke glowingly of Clifford.

“We were in really bad shape,” he said. “But through your leadership, which a lot of times people weren’t happy with because of the tough decisions you have to make as a leader, you were able to get us into the strong position we are today.”

“(The deficit) seemed impossible to overcome,” he said.  “That’s due to Alex’s knowledge of this industry and the ability to make these things happen in a way that really serves the public.”

Clifford’s time with METRO was not without controversy. His contract extension in May was opposed by two unions—Sheet Metal Air Rail Transportation (SMART) and Service Employees International Union (SEIU)—whose members cited what they said was Clifford’s unwillingness to work with the unions. Clifford says his decision to leave was not influenced by these assertions, or on any contract concerns.

The RTD Board of Directors unanimously approved Clifford’s appointment on Nov. 19.

Clifford says that part of his goals with the new agency will be to develop its system of zero-emission busses.