.Moving to Santa Cruz for an Affordable Home 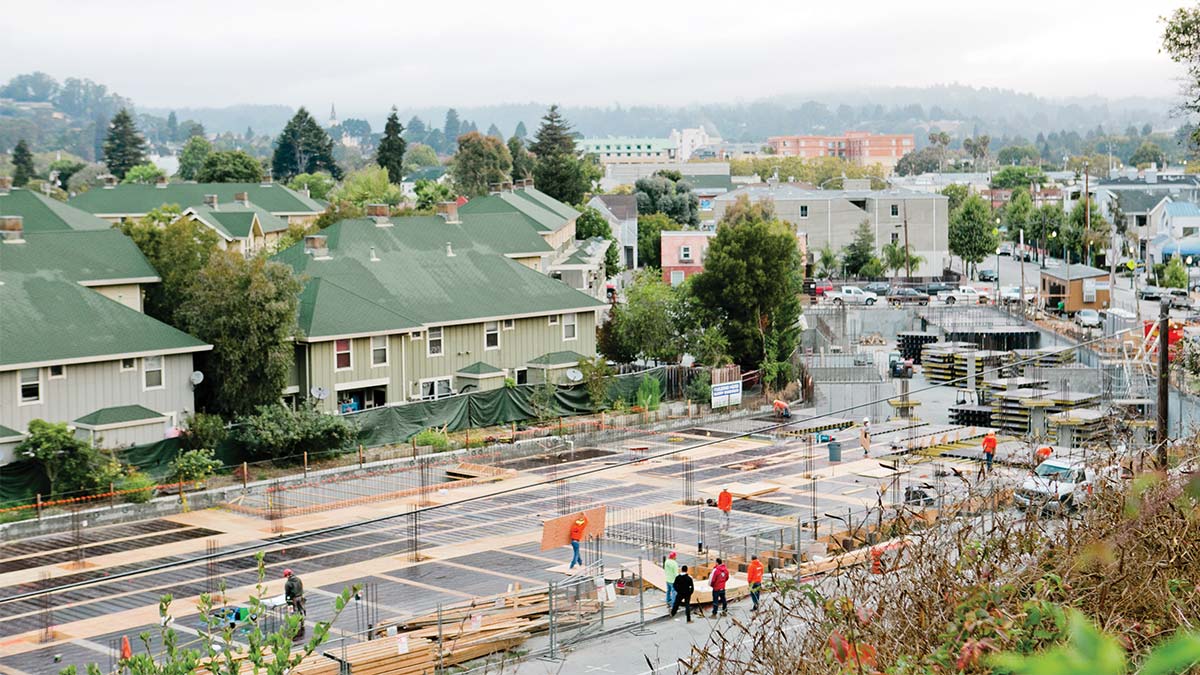 Kate Downing’s letter on housing affordability was the shot heard around the Bay Area.
In a post that went viral, the Palo Alto Planning and Transportation Commissioner resigned this month because she and her husband, a software engineer, couldn’t afford to buy a decent home in Palo Alto. Instead, to save a little money, Downing, a tech lawyer, announced that she would be moving to … Santa Cruz?
Seriously, like, for a cheap house?
In the days following her Aug. 9 resignation from the planning commission, Downing has given several interviews to Bay Area news outlets and gotten a huge response, including from residents here.
“I’ve gotten a lot of letters from people in Santa Cruz, actually,” Downing says. “They say something along the lines of, ‘Hey, I don’t know if you know this, but we have a housing crisis here, too.’”
“I definitely do get the sense that Santa Cruz used to be the kind of place that, if you had a minimum wage job, that was enough to get by and go surfing and enjoy life,” she adds. “It sounds like that’s really not the case anymore. Those people are really struggling now.”
For as much as we stress out about housing costs here in Santa Cruz, the crisis in Palo Alto is just as bad. According to Zillow, the median home price in Palo Alto is $2,514,700, compared to $801,000 in Santa Cruz.
That discrepancy isn’t quite as wide as it first seems, because wages here are less than half of what they are in Palo Alto, according to census data. In Palo Alto, the median household income is 5 percent of the median home price, compared to 7.7 percent in Santa Cruz, which routinely gets listed as one of the least affordable markets in the country.
To make matters worse, affordable housing statewide has been stymied by the fact that local governments all over California are strapped for cash. Most notably, the state government ended redevelopment agency funding in 2011—25 percent of which went toward affordable housing. And a recent court ruling undid “inclusionary housing” rules, like Santa Cruz’s, which for decades required developers to make 15 percent of their units affordable or pay a small fee. Also, some of the city’s affordable housing will expire soon.
Both the city of Santa Cruz and the state legislature have been working on possible fixes, but small governments often struggle to compete with metropolitan areas like Los Angeles for state dollars, says Carol Berg, the housing and community development manager.
“Affordable housing costs money, but it’s all about—are we either able to bring that money or generate that money in the community?” says Berg, who leads periodic tours of the city’s affordable housing developments.
Downing’s letter was a referendum on a city council in Palo Alto that she feels has been, intentionally or not, squeezing people out of town.
In conversation, Downing sounds almost embarrassed that her letter made such an impact when people have been coming to Palo Alto public meetings for months and saying the same things. The point her letter makes convincingly, though, is that if she and her husband can’t afford to make it there, how can workers in lower-paying sectors?
“We are acutely aware of the fact that the housing shortage in Palo Alto and the surrounding region is affecting places that aren’t even in the Bay Area,” says Downing, who has bought a home on Santa Cruz’s Westside. “We know that people are commuting in from Gilroy and from Tracy and from Sac and from Santa Cruz [to Palo Alto]. We know that’s happening.”
What cities need to do, Downing believes, is adjust zoning requirements and height restrictions to make it less cumbersome for developers to build housing—a viewpoint that has traction among economists nationally.
Enrico Moretti, an economist at UC Berkeley who has been studying the issue, has opined that, in repressing new housing, restrictive zoning laws inhibit growth. More experts have been signing on to that idea, including economists as prominent and far left as Paul Krugman. Even if all of the housing isn’t affordable, they argue, the new developments still help soak up demand and help keep prices realistic.
Although Downing isn’t yet familiar with Santa Cruz planning, this is a movement that dovetails with the city of Santa Cruz’s 2030 General Plan, a document the City Council approved four years ago that—among other things—calls for increased density on the city’s thoroughfares, like Mission Street and Soquel Avenue. It’s a vision that has begun to take shape in the corridor plan meetings, where community and city leaders have discussed raising height limits and rezoning on certain streets.
Some lifelong Santa Cruz residents, like Sharon Pini of the Branciforte neighborhood, worry about the impact that corridor developments might have on traffic and parking. Many of the tiny studios, she adds, aren’t anywhere near the price range of most people working in Santa Cruz. “They’re packing us in like sardines,” Pini says.
In a side-by-side comparison, the communities of Palo Alto and Santa Cruz don’t match up perfectly, anyway. Home prices and salaries aside, there’s a number of differences between the two cities. At 2.8 percent, unemployment in Palo Alto is much less than half what it is here, for instance. And Santa Cruz is already denser than Palo Alto and has grown more than twice as fast since 2010.
Berg says there are plenty of factors driving up Santa Cruz rents and home prices, including a tourist economy rife with vacation homes, students at UCSC, and, of course, a decades-old trend of locals commuting out of the county for work.
“It’s one of many factors, including that we live in a beautiful place,” Berg says. “And then you add in the jobs in Silicon Valley.”