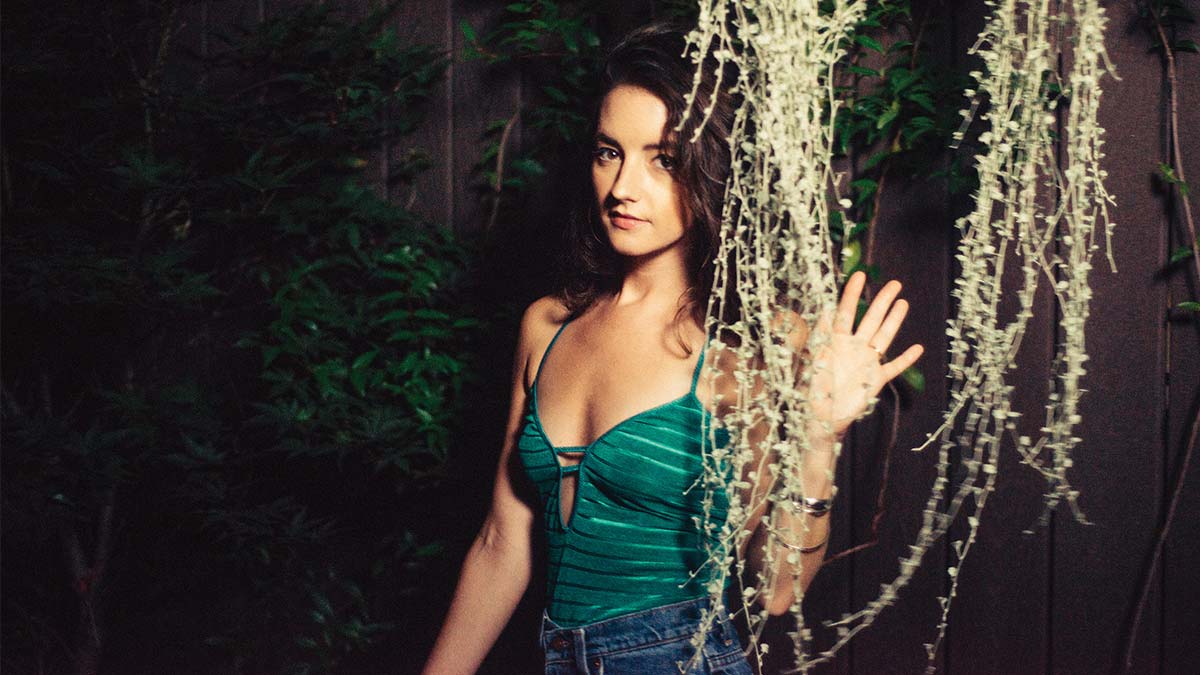 A country rocker in the vein of Linda Ronstadt and early Emmylou Harris, Michaela Anne is an up-and-coming songwriter whose classic sound, smooth voice, and simple approach to storytelling have endeared her to fans and critics, alike. But don’t be fooled by the sweetness. A recent transplant from Brooklyn to Nashville, Anne increasingly taps into all the aspects of herself—sweet and otherwise. “[My] new record reflects the strength and ballsiness that I was trying to push myself toward with the songs,” she told Rolling Stone. “There’s a lot of diversity behind me that hasn’t come through in my music yet, a lot more attitude.” CAT JOHNSON
INFO: 8 p.m. Moe’s Alley, 1535 Commercial Way, Santa Cruz. $8/adv, $12/door. 479-1854.

Atlanta R&B singer Jacquees is one of the hottest new R&B singers out right now whose music brings to mind the smooth, feel-good R&B sound from the ’90s. But if he wanted, he could be a rapper. He’s got the flow—he spits verses every once in a while in his tunes—but more so, he’s got the swagger. In one Spin article, he told the interviewer that he “doesn’t need to sing,” because his presence on stage alone riles up a crowd. Damn! His mixtape Mood, released earlier this year, is what really put him on the map. It’s sweet—Jacquees isn’t a softy, and his songs can get raunchy, but it feels like it’s coming from a place of love. AARON CARNES
INFO: 9 p.m. Catalyst, 1011 Pacific Ave., Santa Cruz. $15/adv, $18/door. 429-4135.

Not to be mistaken for the cuttlefish, a cephalopod that resembles a squid, Cuddlefish is a local duo whose experimental tendencies have made them one of the area’s more interesting—if underexposed—musical acts. Comprising Val Hall and Peter Koht, Cuddlefish draws from world music, dub, jazz, rock, and found sounds to create something odd and lovely that morphs and grows on its own, without being restricted by genre, stylistic confines, or anything that has gone before. On Friday, the duo hits the Rio Theatre. CJ
INFO: 8 p.m. Rio Theatre, 1205 Soquel Ave., Santa Cruz. $5. 423-8209.

Any Santa Cruzan worth their weight in the music scene knows the name Ribsy’s Nickel. For two decades, this quartet has played its blend of reggae, punk and surf, sharing the stage with other quintessential local acts like the Chop Tops and Expendables. Whether it’s surfing, skating or just kicking back at the Point with a few beers, Ribsy’s Nickel is the perfect soundtrack for every summer party. This Friday they’ll be joined by another decades-running Santa Cruz act, Spun, for a Fourth of July kick-off party. MAT WEIR
INFO: 8:30 pm. Don Quixote’s International Music Hall, 6275 Hwy. 9, Felton. $10.  335-2800.

A few weeks ago Beso Negro helped kick off the San Francisco Jazz, transforming a Hayes Valley intersection into a raging street party. Now a stripped-down version of the string-powered band brings the high energy punk-inflected Gypsy jazz sound to a much cozier setting. Billed simply as Beso, the trio features Adam Roach on guitar and vocals, Cheyenne Young on upright and electric bass, and Ethan Turner on drums and vocals. Focusing on originals songs, the combo combines the coiled energy of a power trio with the exuberant flair of true Djangophiles. ANDREW GILBERT
INFO: 9 p.m. Crepe Place, 1134 Soquel Ave., Santa Cruz. $10. 429-6994.

You probably could have guessed that the bio of a band called Funkanauts would say they were “Brothas From Planet Funk.” But what you probably wouldn’t guess is the level of variety they bring to the funk. They play it slow or fast, with elements of rock, psychedelic, pop and reggae. It’s like a cross between later Fishbone, Parliament and Sexual Chocolate, the incredible band in the Eddie Murphy’s film Coming to America. Their funk is all over the map. Remember when Arsenio Hall had a show and he used to call to his bandleader to give him (insert random crazy description) style of funk? Well, that’s Funkanauts. AC
INFO: 9 p.m. The Pocket, 3102 Portola Drive, Santa Cruz. $7. 475-9819.

THE PATH TO NORTHERN NIGHTS

Hold on to your festy hats, because this one’s a doozy! With the three-day Northern Nights Festival on the border of Mendocino and Humboldt Counties just around the corner, the good people at the Catalyst and Euphoric.net have teamed up to throw a free pre-party this Saturday. Along with Portland DJ Tiger Fresh and Santa Cruz’s own duo AB.CLU, the Path will also feature the sounds of Californians Trevor Kelly and Lafa Taylor, who recently collaborated on several new songs with artists like Bassnectar and Beats Antique. MW
INFO: 8 p.m. Catalyst, 1011 Pacific Ave., Santa Cruz. Free. 429-4135.

Before he was even in grade school, Spawnbreezie was playing the piano and drums and was on his way to picking up the guitar and bass, as well. This well-roundedness has served the multi-instrumentalist artist well as he crafts reggae, hip-hop and a laid-back sound into what he describes as “island hip-hop.” A hit on the mainland as well as across the South Pacific, Spawnbreezie is an emerging star of the positive, island reggae scene. Also on the bill is House of Shem, a reggae harmony trio out of Aotearoa, New Zealand. CJ
INFO: 9 p.m. Moe’s Alley, 1535 Commercial Way, Santa Cruz. $25/adv, $30/door. 479-1854.

Metal out of San Francisco. Wednesday at Catalyst