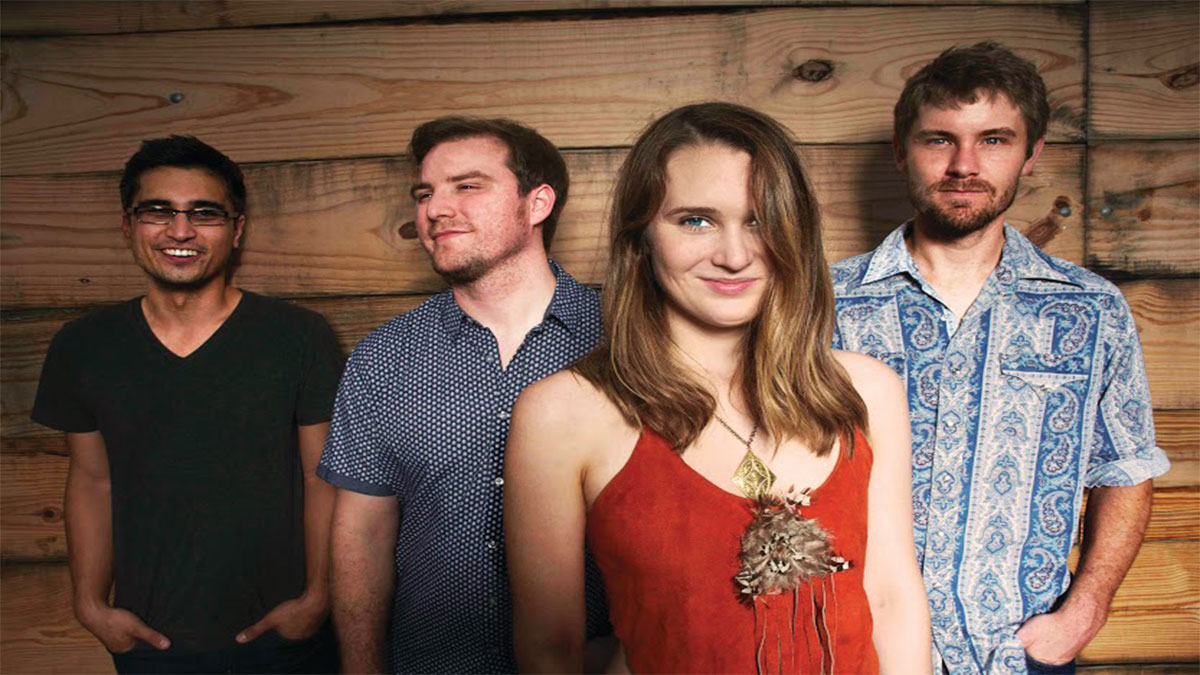 When Laney Jones first picked up the banjo, it was to escape the pressures of life as a college student pursuing an international business degree. She and the instrument quickly clicked, however, and Jones soon found herself thrust into a career as a roots singer-songwriter, where she garnered acclaim and even attracted the attention of bluegrass legend Alison Krauss. Not one to be stuck in any one genre, however, Jones started experimenting with incorporating pop and rock into her sound. The result is a fresh and rocking blend of old-time strings and contemporary styles. CAT JOHNSON
INFO: 9 p.m. Crepe Place, 1134 Soquel Ave., Santa Cruz. $10. 429-6994.

Why don’t more funk jams have flutes? When Denson’s funky-jazzy band the Tiny Universe starts up with one of their infectious grooves, and Denson pulls out his flute to lay down the melody, I’m not going to lie—I need to dance. On their latest record, they even do a rendition of the White Stripes’ “Seven Nation Army” that is downright funkalicious. Is that even possible? Denson’s also an excellent sax player, and he’ll bust that out, too. Fans of good dance music will appreciate how he melds raw, hip-shaking funk rhythms with jazz-level compositions. It’s satisfying to the heart and the head. AARON CARNES
INFO: 9 p.m. Moe’s Alley, 1535 Commercial Way, Santa Cruz. $25/adv, $30/door. 479-1854.

With a sweet, strong voice that brings to mind early Joan Baez or Kate Wolf, Sharon Allen is one of the quiet standouts of the local music scene. From 1979 to 2002, she fronted blues-rock band the Firebirds, and she’s performed with a number of legendary musicians, including B.B. King, Boz Scaggs, and Robben Ford. It was her work with local all-star group Sherry Austin and Henhouse, however, where she cultivated her songwriting chops. On Friday, Allen and her band, the Dusty Boots, blend folk, alt-country and blues into a swinging, danceable celebration of music. CJ
INFO: 8 p.m. Don Quixote’s, 6275 Hwy. 9, Felton. $15/adv, $18/door. 335-2800.

Tommy Emmanuel’s set list might include some Chet Atkins, Beatles, or even “Somewhere Over The Rainbow” from The Wizard of Oz. So it isn’t so much a genre (or genres) that Tommy Emmanuel plays, it’s how he plays the songs. He’s a phenomenal acoustic guitar player that utilizes some very complex, nuanced fingerpicking techniques. He plays bass parts, melodies and chords all at once. It’s insane to witness. But even if you just go and close your eyes, he produces some really gorgeous tunes and has a sixth sense when it comes to harmony and composition. AC
INFO: 8 p.m. Rio Theatre, 1205 Soquel Ave., Santa Cruz. $39.50. 423-8209.

Even in a town as famous as Santa Cruz, there are still hidden gems, if one knows where to look. This Saturday, two of those jewels shine together as the Beggar Kings perform at the Kuumbwa Jazz Center. Consisting of a “who’s who” in the local music scene, the Beggar Kings are the Bay Area’s premiere Rolling Stones tribute band. Throughout the years, they’ve tackled some of the Stones’ toughest albums, like Sticky Fingers, and keep a wide array of Jagger and Richards classic hits in the back pocket. It’s only rock ’n’ roll, but you’ll like it. MAT WEIR
INFO: 8 p.m. Kuumbwa Jazz Center, 320-2 Cedar St., Santa Cruz. $20. 427-2227.

How many 11-year-olds do you know who count the Louvin Brothers as a key musical influence, can sing the cobwebs off of traditional old hymns, and have already made their Grand Ole Opry debut? Probably none. Unless, of course, you already know about Emi Sunshine. Hailing from East Tennessee, this extraordinary young multi-instrumentalist has a soulful sound that is as deep and true as just about anything you’ve heard coming out of Appalachia. Where Ms. Sunshine is headed remains to be seen, but roots music fans would be wise to keep an eye on this one. CJ
INFO: 8 p.m. Don Quixote’s, 6275 Hwy. 9, Felton. $15. 335-2800.

Bill Charlap’s trio is one of the marvels of straight-ahead jazz, a sleek and efficiently swinging ensemble that interprets standards with entrancing momentum, exquisite dynamic detail and probing harmonic insight. The scion of an accomplished show biz family (his father was Broadway composer “Moose” Charlap and his mother is Grammy-nominated vocalist Sandy Stewart), Charlap refined his craft as an accompanist for masters such as altoist Phil Woods, vocalist Carol Sloane and baritone saxophonist Gerry Mulligan. Since stepping forward as a leader in 1997, he’s performed and recorded with the superlative rhythm section tandem of drummer Kenny Washington and (unrelated) bassist Peter Washington, a Bay Area native. Together, this trio exemplifies the quicksilver wit, ebullient joy and improvisational imperative of jazz at its best. ANDREW GILBERT
INFO: 7 p.m. Kuumbwa Jazz, 320-2 Cedar St., Santa Cruz. $30/adv, $35/door. 427-2227.

What’s a metalhead to do if they secretly love sweeping, orchestral classical music, but don’t want to be labeled as “square” by their friends? Aha! So Hideous is here to save the day. Here’s a band that, first off, has a name that is pure metal, and second, has some brutal hardcore/black metal guitars. But really, So Hideous is an orchestral band. They even write all their music on piano first, before flushing it out with the rest of the instruments. On their latest record Laurestine, they even hired a 30-piece orchestra to play on their tunes. It’s emotionally stirring and marries gorgeous and ugly music really well. Hell, maybe So Hideous can be the gateway drug for classical fans to start digging on some metal. AC
INFO: 8:30 p.m. Catalyst, 1011 Pacific Ave., Santa Cruz. $12/adv, $15/door. 429-4135.

Acoustic trio out of Portland, Oregon. Saturday at Crepe Place

Next ArticleWhat’s the most important thing you learned at school?