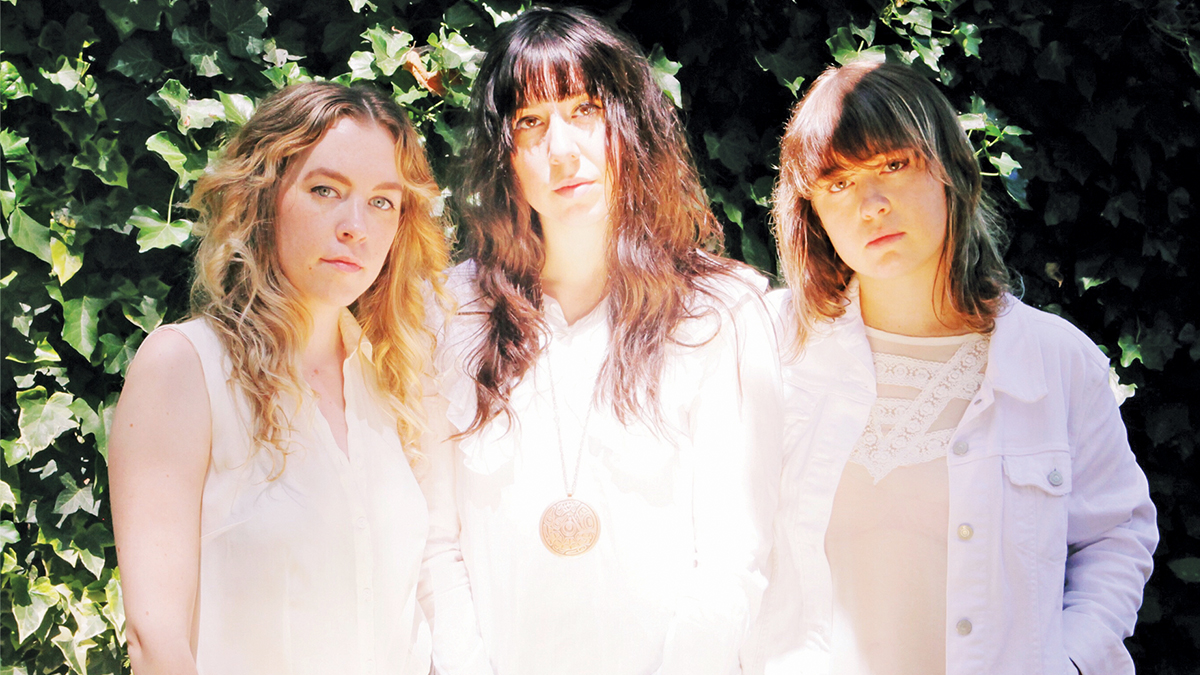 Formed in 1974, the Meditations are an impressive Jamaican harmony group. They sang backups on songs by Bob Marley, Jimmy Cliff and Gregory Isaacs. You can hear them on the Congos’ Heart of the Congos album, one of the best roots reggae albums ever recorded, with harmonies that are gorgeous and eerie. They also recorded their own music; their most famous track is “Woman is Like a Shadow.” They still have great voices, and play authentic roots reggae music in a way few living artists still can. AC

There’s an informal rivalry between Santa Cruz and San Diego as to which is the most Cali-reggae city of all. Obviously, I’m too biased to name a winner, but let’s just say that San Diego “tries hard.” Hell, let’s give a shout out to one of their coolest bands, Through The Roots, a group formed in 2008 by several reggae-loving friends who wanted to spread of message of peace, love and “bloodshot eyes.” The group spent the first few years playing backyards and garages. These days, they headline big clubs, sprinkling reggae positivity wherever they go. AC

There have been a lot of waves of punk rock—like, seriously, a ton of them. In the 2000s, there was a second wave of pop-punk that was huge. These bands had ridiculously catchy hooks, anthemic choruses, emo-angst, fast beats, and a bit of studio polish. One of the key players in this era was New Found Glory, who in a lot of ways helped to define it. And guess what, they have a new album out, Makes Me Sick. What it’s like? Let’s just say that the video for single “Happy Being Miserable” includes an orgy of vomiting. So basically, it’s not a huge departure. AC

Boasting four-part harmonies, down-home instruments—including a washboard—and a porch-jam approach to making music, the Naked Bootleggers are part of Santa Cruz’s lively roots music scene. The band draws inspiration from the Santa Cruz Mountains, the local creative scene, old-time mountain music and even shitty jobs—check out the song “I Don’t Wanna Go to Work Today.” If acoustic jams are your thing, put this band on your radar. CJ

Mighty Mike Schermer is one of Santa Cruz’s favorite musical sons. Now a well-known guitarist on the national blues scene, Schermer honed his chops in Santa Cruz before relocating to Austin. On Sunday, Schermer teams up with multi-instrumentalist bluesman Chris Cain and Bay Area favorite Daniel Castro as the Guitarsonists. An all-star group dripping with talent and passion for the blues, the Guitarsonists have a collective musical pedigree that rivals any contemporary artists, including collaborations with Albert King, Bonnie Raitt, Ronnie Lane, Albert Collins, Marcia Ball, Tower of Power and many more. CJ

A leading voice on the trumpet, Los Angeles-reared Jeremy Pelt first gained attention on the New York scene in the Mingus Big Band. With his gorgeous tone and capacious improvisational resources, he became one of the most in-demand horn players around, recording with veteran jazz masters such as Wayne Shorter, Cedar Walton, James Moody, Ralph Peterson, and Nancy Wilson. Since releasing his first album as a leader in 2002, he’s made more than a dozen increasingly impressive sessions, leading up to his latest, Make Noise!. Pelt is touring with the same blazing young band featured on the album, with pianist Victor Gould, drummer Jonathan Barber, percussionist Jacquelene Acevedo, and bassist Richie Goods (filling in for Vicente Archer), a prolific player known for his work with jazz and pop stars. ANDREW GILBERT

Producer. Songwriter. Syd is a person who wears many hats in the industry and has just as many musical projects. Earlier this year, she released her solo debut album, Fin, along with her instrumental EP, Raunchboots. Forever restless, Syd dropped another three-track EP of electronic soul and R&B jams two months ago, appropriately titled Always Never Home. Along with her ever-evolving solo career, she is also the singer for soul act The Internet, and was a long-time member of the Odd Future collective. MW

Fun-loving alt-country/indie-rock out of Santa Cruz. Wednesday at Moe’s Alley