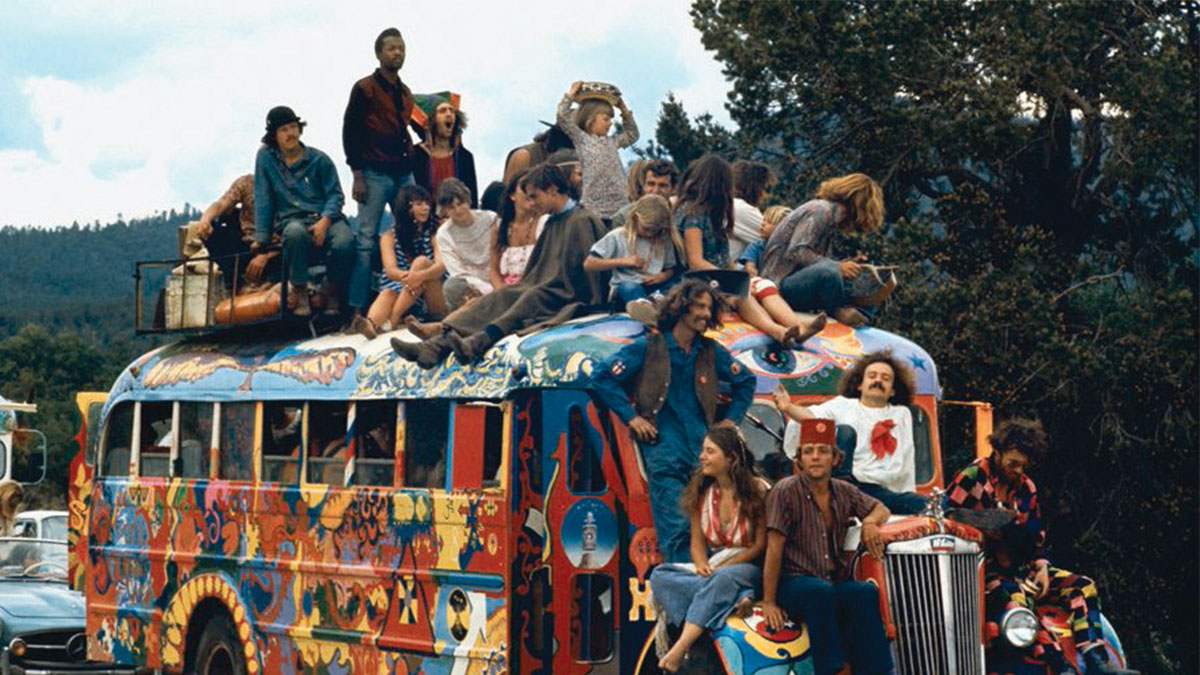 Drawing inspiration from Marc Bolan of glam-rock band T. Rex, as well as indie-rock pioneers Pavement and legendary soul artist Al Green, Luke Sweeney swirls the disparate influences around into a psychedelic, listener-friendly sound. The San Francisco-based poet, composer and guitarist was dubbed a “pillar of San Francisco’s garage-psych community” by the Bay Bridged, and is celebrated for his “handcrafted” sound, soulful feel and irreverent humor. His stories explore romance, urban life, spirituality and more. CJ

Eligh, Scarub, Amp Live—on their own, each of these underground hip-hop artists is a force to be reckoned with and can sell out a venue. But now, the master lyricists and producers join forces for one night of hard-hitting hip-hop. Adding to the excitement, Pure Powers and Eliquate will be repping Santa Cruz in an evening that’s easily one of the best nights this year for underground hip-hop. MAT WEIR

Anyone that digs the funk—and everyone should dig the funk—needs to put aside whatever they were planning on doing Thursday and join George Clinton, as he tears the roof off the motherfucker. His groups Funkadelic and Parliament transformed funk in the ’70s into something fun, crazy and totally bizarre. Or, as he himself put it: “Ain’t nothing but a party, y’all.” Alice Cooper and KISS may be seen as the dominating forces of over-the-top theatrics in the ’70s, but Clinton created a sci-fi spectacle that reveled in its own absurdity, while simultaneously claiming a new black identity. Now a bazillion years old, Clinton is still a force to be reckoned with. AC

Hailing from New Orleans, Dragon Smoke is a super-group of artists who have helped define the contemporary Crescent City sound. Comprising Ivan Neville from the legendary Neville Brothers on vocals and keys; Stanton Moore—who was born and raised in New Orleans and was a founding member of Galactic—on drums; funk, blues and roots rock standout Eric Lindell on guitar and vocals; and lean, mean bassist Robert Mercurio from Galactic, Dragon Smoke was formed with a goal of bringing a diverse group of artists together to see what happens. On Friday, the crew brings the blue-eyed soul, funk and groove to Moe’s. CJ

INVASION OF THE HIPPIES

An invasion of hippies is usually not big news in Santa Cruz; it might just mean it’s summertime. But this Invasion of the Hippies is something different altogether. This one is hosted by Ukulele Dick and Snazzy Productions, and features a roundup of local artists, dancers and musicians aiming to celebrate—and, in a way, recreate—the Summer of Love. Among the featured acts are Zun Zun, Alan Heit, Simone Cox, the Skifflebeats, Ken Bewick, David Graham, Neal Hellman, Richard Stockton, Wallace Baine and the Bainiac Trio, and many more. Scare up your beads and bell bottoms and prepare to be transported. CJ

When it comes to punk rock, there’s a cornucopia of bands who never really got the credit they deserved, and the Vibrators are definitely in that category. The band’s 1977 debut, Pure Mania, is filled with killer tracks, gave Stiff Little Fingers its name, and helped spawn power-pop punk. Reportedly, this will be their final tour ever—after 41 years of dancing to the music, the Vibrators will be sailing into the future with a new sweet, sweet heart. MW

Let me paint a picture of the saddest thing on the planet: a teary-eyed clown crooning David Bowie’s “Space Oddity.” If you aren’t already bawling just imagining this in your mind, you have no soul. For the rest of us, there’s Puddles Pity Party, which is what this weep fest of a musical act is called. Puddles has been uploading dismal originals and heartbroken covers to YouTube for several years now. He rose to sort-of-mainstream prominence earlier this year after competing on America’s Got Talent. Now you can see him live! AC

The first order of achievement for a jazz musician is attaining a personal sound on his or her instrument. With his thick, rounded tone, Chicago trumpeter Marquis Hill has carved out his own identity on the horn, but he’s also taken the next step in honing a beautifully calibrated group sound with his vibraphone-centric Blacktet. Already a formidable player before winning the 2014 Thelonious Monk International Trumpet Competition, he introduced a rising generation of Windy City players with the release of his 2016 The Way We Play, a set of standards set to a diverse array of grooves. With several of his longtime sidemen now rising bandleaders in their own right, he’s touring with the latest incarnation of his Blacktet, featuring the brilliant young drummer Jonathan Pinson, alto saxophonist Joshua Johnson, bassist Jeremiah Hunt, and vibraphonist Joel Ross. ANDREW GILBERT

Ever wonder why the English Beat is known simply as the Beat in England? It’s because in the U.S. there was another band already called the Beat. Eventually, the lead singer of this group, Paul Collins, started playing shows under his own name. Paul Collins’ Beat was an underrated power-pop group with killer hooks and mid-tempo guitar-based New Wave riffage. Collins most famous song, “Hanging on the Telephone,” was a hit—not for the Beat, but for Blondie, who famously covered it. In other words, Collins has always been a more culty kind of thing. But he’s consistently released music his whole life, and fed a core audience wonderful rock ’n’ roll tunes. AC

Soul outfit out of Oakland. Saturday at Crepe Place