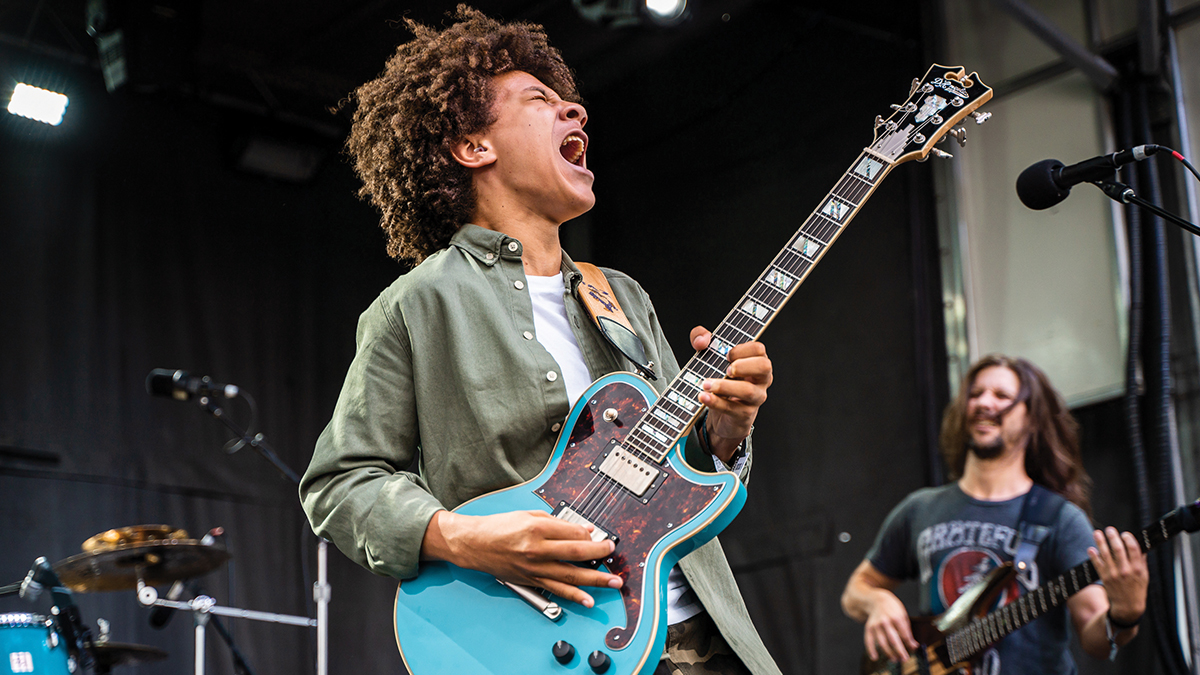 By now, most people have seen someone perform solo with a bunch of instruments and a looping rig, and just blow the audience away by creating what sounds like an entire 10-piece band. Georgia singer-songwriter Zach Deputy does this, but he takes it a step further and makes his looping station a one-man-dance-party band. We’re talking funk, reggae, drum ‘n’ bass, calypso, electronica. He’s sitting up there on stage creating it himself, alone, using all his fancy technology and having a blast. You’ll be surprised at how effectively those grooves will get under your skin. AC

Billy Cobham is the definitive jazz-rock fusion drummer. From the groundbreaking combo Dreams to his seminal work with Miles Davis on Bitches Brew to his game-changing tenure in Mahavishnu Orchestra, Cobham’s combination of torrential power and polyrhythmic precision still inspire awe today. An undiminished force at 75, the longtime resident of Switzerland has assembled a combustible band focusing on the music from his second album, 1974’s Crosswinds. ANDREW GILBERT

Rapper KRS-One has been critical of the materialism and sexism in hip-hop. He’s also made comments about a lot of rappers’ lackluster performances. Hey, if KRS-One wants to be critical, he has every right to be. Not only is he about as old school as you can get—his mid-’80s group Boogie Down Productions helped redefine the genre to be more artful and conscious—he’s also always been one of the most consistently high-energy rappers to see live. Between spontaneous freestyle verses, and rants about the metaphysical world, his energy is unparalleled. He’ll outlast rappers half his age, and still spit the best bars you ever heard. AC

This coming November, Pete Yorn will be touring backed by his indie dream-pop group Day Wave. But for now, he plays Felton as part of the You & Me solo acoustic tour. Instead of his normal melodic vocals, hazy atmospheric ambiance and sparkling guitar riffs, folks will hear his music in its rawest and starkest form. But even his acoustic renditions have a reflective vibe that invites the listener to sink into a cushion-y porch swing and watch as summertime raindrops refract tiny rainbows against the screen door. Yorn’s music will invoke daydreams from the subconscious while he wistfully lulls alone on his guitar. Bring someone to philosophize and cuddle with. AMY BEE

Judah Friedlander has seen the future, and in it, he is president. As early as 2012, the be-trucker-hatted comedian was regaling his future constituents with the abuses of power he’d one day wield with his presidential authority. “You like Hawaii?” he asked an unsuspecting audience member. “Ok, well I’m gonna move it to Michigan. Much closer.” You might recognize Friedlander for his iconic role on 30 Rock, but did you know he was once known as “the Hug Guy” in a Dave Matthews Band video? Nothing but respect for my president. MIKE HUGUENOR

Ashe’s emotive vocals and vintage pop sound make listening to the singer-songwriter’s tunes feel like a journey through the heart. Laden with dynamic melodies and dramatic lyrics, Ashe soars from impassioned vociferations on a messy divorce to quiet, pained platitudes on the nature of heartbreak. Her songs contain a soft edge of whimsical fun from the quirky musical arrangements. These almost-silly moments make you grin when waters are darkest and deepest, and pull you back toward safer shores. AB

He’s wild, crazed and has shredded the guitar on the same stage as Gregg Allman, Buddy Guy and Slash. Oh, and he’s only 16 years old. Brandon “Taz” Niederauer says he’s living proof that dreams come true. Niederauer picked up the six-stringed axe at the age of 8 after watching School of Rock and never put it down. Four years later, he was cast in the Broadway production of his inspirational catalyst. This is one artist to keep on the radar—only time will tell what he has planned for the next eight years before he ultimately retires at 24. J/k! MAT WEIR

Renowned as both a guitarist and a songwriter, Aaron Lee Tasjan’s melodic sense, sartorial style and proclivity for 12-string electrics have drawn more than a few comparisons to a certain four many consider to have been fab. On this year’s Karma for Cheap, however, the Nashville musician leans a little heavier into the ’70s, coating his psychedelic melodies in the glittering excess of glam rock. Songs like “The Truth is So Hard to Believe,” with its platform-booted stomp, and the piano-rocking “The Rest is Yet to Come,” will get your sequins shaking. MH

Oh snap, son! The Palmer Squares are back on tour. This Chicago-based hip-hop duo first gained attention in the beginning of the 2010s on YouTube. In 2012, the group dropped its debut release, the Spooky Language EP, and have since continued on the independent path, releasing their own music, videos and, most recently, a podcast. For fans of Lyrics Born, Atmosphere, Run the Jewels or any woke hip-hop with beats and melodies that ride the line of funky and weird. MW