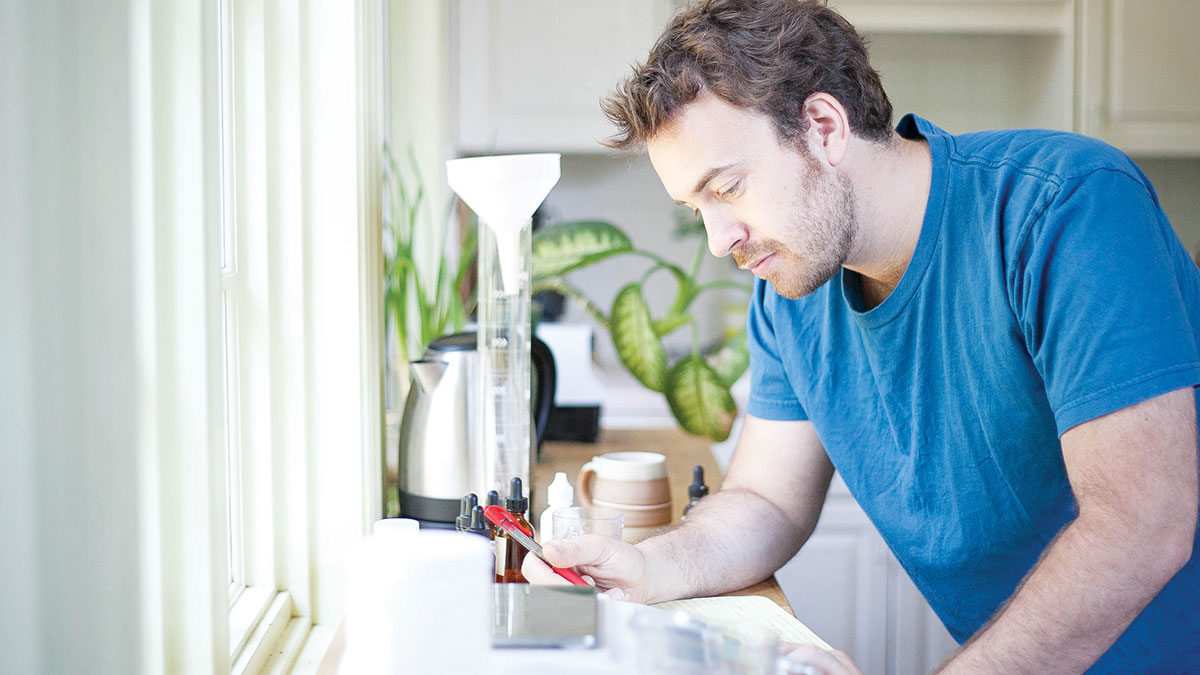 His latest is Olipop, a fizzy drink high in prebiotics, aimed at revitalizing gut health, supporting the microbiome and aiding in digestive health.

Goodwin, who sports a white T-shirt that reads “urban hunter gatherer,” says Olipop can’t simply solve any digestive problem with the snap of a finger, but that the drink can provide some help.

Goodwin, who recently spoke at the Microbiome Movement Human Nutrition Conference in Boston, believes many Americans should be getting 10 times more fiber than they currently do.

What is the microbiome?

BEN GOODWIN: Most simply, the microbiome is all of the microorganisms in and on your body—technically even around, the space around you. That’s a whole bunch of stuff. That’s bacteria. That’s fungus, also known as yeasts or molds. It’s even viruses. It’s stuff we probably haven’t identified yet.

We’re this giant synergistic organism that is this mass of human cells interacting with way more non-human cells. We’re a walking planet.

Before starting Obi Probiotic Soda, you worked on production for Kombucha Botanica. What was that like?

When you’re the second person at a company, you end up tweaking the formula and doing low-end scaling. I joined up with founder Adam Goodman when I was about 20. I was totally bitten by the food science and the product formulation bug.

You started Obi Probiotic Soda in 2009. What did you learn?

That was crazy. In 2016, which was the year we sold the thing, we had gotten a call-out from Coca-Cola on their quarterly earnings report in quarter one, and we had 200 percent growth. The company was a rocket ship.

The biggest lessons were about trusting my instincts. When I know something is right, I stop questioning myself. As a younger person, the information and all the new stuff I had to do was insane. The learning was to get more comfortable.

Olipop is available at Staff of Life, Food Bin and New Leaf. drinkolipop.com.