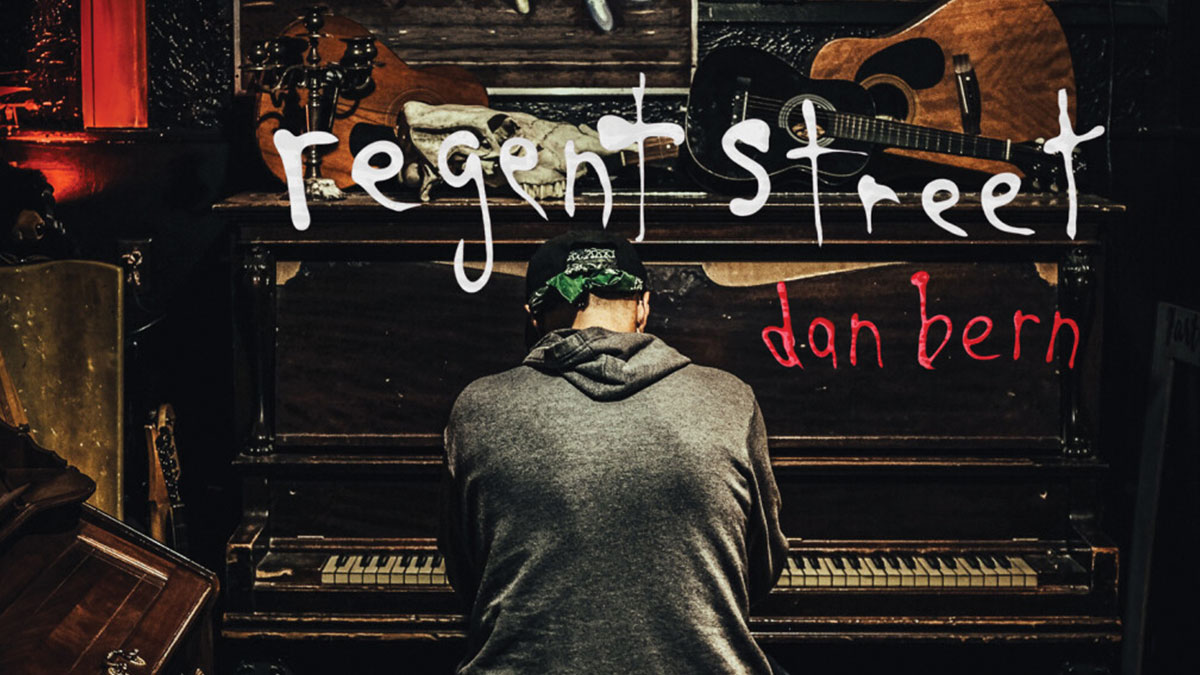 The first time I interviewed Dan Bern was 20-some years ago, right before he played Santa Cruz for the first time. John Sandidge of Snazzy Productions had discovered Bern’s music, and was head over heels about this exciting new talent—so much so that he was bringing him to the Kuumbwa for his Santa Cruz debut. Sandidge gave me a copy of Fifty Eggs, Bern’s then-new second album. Like everyone else who heard that record, I’m sure, I got hooked on “Tiger Woods” first, and then “Cure for AIDS,” and then pretty much everything else. After that, I got my hands on his first record, with its songs about Marilyn Monroe’s shoulda-been love affair with Henry Miller, how hard it is to live in L.A., and how much he likes olives (warning: those are not great summaries of the songs).

In that first interview, I asked him if he was a pop-culture junkie, what with his many surreal takes on real-life people. No, he told me. In fact, he was the exact opposite, and the fact that he knew about these particular people despite not following pop culture is part of what made them seem so song-worthy to him.

As I’ve followed his career since then, I’ve often thought about that answer. To this day, Bern’s songs will often surprise you with something that tweaks or even completely flips your assumptions. I think he’s one of the best songwriters of our time, and talking with him for this week’s cover story about his new album, upcoming show and move to Santa Cruz was a real highlight of what’s already been a great year for interviews.

You touch on my family’s fave spot to visit with our youngsters, circa three to ten years of age. I was a county building inspector then, and was mystified by the unusability of these structures for human habitation, because of its miniscule dimensions. It would have been suitable for use by pygmies or dwarves, perhaps. Today we could say it is waiting for star ETs that are somehow expected to land there someday … how is that for Halloween Night thoughts.

I shall attend to see what manner of people could predict good things for these attractive artifacts. My daughters Zeka, now 35, and Caroline, now 32, loved being there. Whenever I drive by this notorious attraction, I’m always surprised by the flood of pleasant memories, some visual, of my young daughters climbing their way around the place. I remember Caroline’s way of naming it: that place, when she wanted to go there, seemingly knowing when we were nearby and could easily make a short visit.

The effect I experienced was/is similar to the feelings I got while at the steel and cement Watts Towers in L.A., by an Italian immigrant.

Here’s the doggerel, which I’ll recite for those interesting owners at their Sunset Festivities this evening. Thanks for your article, Mr. Wallace Baine. Keep us posted.

The mysterious aire at 515 Fair
Charms visitors who love being there
We thank Brothers Kitchen
For their artful rendition
And its Modern Antiquities flair!

Will It Take a Catastrophe?

With our attention now turned to the horrors of fire storms, maybe now our own fire and government officials will finally take action on a potentially devastating fire right here in Santa Cruz.

Between Thurber and Winkler, across from the flea market, is a thick grove of Eucalyptus trees that stretch from Soquel Drive all the way up to Santa Cruz Gardens. (Picture a chimney flue.) It is frequently the site of homeless encampments and groups of youth.

For years, these trees have been dropping an enormous amount of oily leaves and branches that are now feet deep. One dropped match could create a raging inferno that would sweep up the canyon in minutes. At the top of the canyon is Santa Cruz Gardens and an elementary school with only one way in or out.

At a minimum, the debris beneath the trees needs to be removed and ideally the trees should be replaced with native plants. But it won’t happen unless we insist upon it.

Twice I have written to every single fire and county official I could think of to inform them of this pending community disaster. Not one of them has ever responded to my letters. Will it take a catastrophe before Santa Cruz officials act responsibly?

There are a whole lot of longtime Santa Cruz residents who consider Chris Krohn, Drew Glover and the other board members who cast their vote to shoot down the Corridors Plan—as well as Gary Patton of “Stop Over-Building Santa Cruz” meetings—our hometown heroes.

These individuals actually took the time and effort to listen to their constituency and vote accordingly. A very desirable trait for elected officials, wouldn’t you agree?

Seacliff Village Park, which was completed in 2015, will now be getting its own permanent public bathroom and some public art. Located in the Seacliff area, the park currently has a temporary bathroom, a play area, walking paths, public art, and seating overlooking the Monterey Bay. Future phases of the park may include a skate feature, shade structures and a small amphitheater.

Mayor Martine Watkins and the city of Santa Cruz recognized four winners—Haisley Flannagan, Audrey Pierson, Kaila Walker, and Estrella Contreras—in the 2019 Keep Santa Cruz Clean and Litter-Free poster contest. The art pieces, which convey environmentally friendly messages, will be displayed around Santa Cruz, including on solar-powered trash compactors downtown. Haisley’s poster features an otter, Estrella’s has a sea bird, and Kaila’s shows a sea turtle, while Audrey’s reminds everyone that we all have the world in our hands.

“I guess if you keep making the same mistake long enough, it becomes your style.”

Previous Article5 Things To Do In Santa Cruz: Nov. 6-12