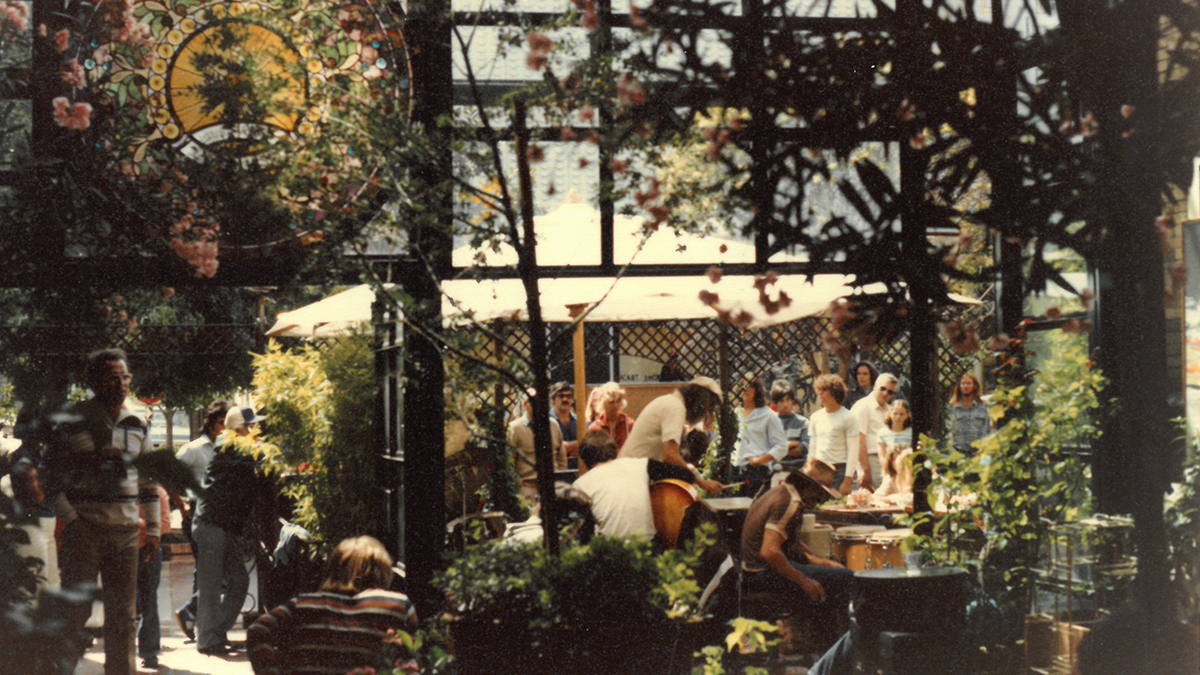 I only saw the Pacific Garden Mall once before the Loma Prieta earthquake, just a few months before downtown Santa Cruz was devastated. But over the years, I’ve heard countless stories about the the downtown’s pre-quake Golden Age, when lush greenery bloomed and street culture flourished. So it was a real gift to get a chance to tour Pacific Avenue last week with historian Ross Gibson, talking about the history of downtown’s most famous buildings in a preview of the tour he’ll give to the public this week. I wrote about that history this week as part of our big issue marking the 30th anniversary of the Loma Prieta quake. Inside, you’ll also find Wallace Baine’s inspiring tale of how the community rallied around one small local business in the darkest days after the quake, learn how the MAH is commemorating the public art that helped Santa Cruz heal, and see a collection of photos from that time that still retain their power to shock and awe to this day.

Lots of things to mention this week: First, we didn’t get it in last week’s cover story because it was confirmed after we went to press, but legendary skater Tony Alva will be at the Santa Cruz Film Festival’s screening of The Tony Alva Story today, Oct. 9, at noon at the Colligan Theater. The festival runs through Oct. 13; go to santacruzfilmfestival.org for info and tickets.

I also want to let you know that we are working again with our partners at UCSC, the ever-curious graduate students in the Science Communication Program, to answer your questions about Santa Cruz. In January, we got a great reader response from our cover story in which they researched the science and history of the Mystery Spot, shark attacks, the limestone quarry industry, monarch butterfly feeding habits, and many more of your inquiries. So once again, let us know what you’re most curious or puzzled about in our area—send your questions about local nature, wildlife, geology, the ocean, natural resources, and conservation to me at [email protected] by Friday, Oct. 18 (subject line: SANTA CRUZ QUESTIONS), and I’ll pass 10 of the best ones to the students to investigate. You’ll see the results as a cover story. We especially encourage middle school and high school students to participate. Thanks in advance for your ideas!

Lastly, as I always like to let you know where you can catch up with us around town, Wallace Baine will be part of a LitQuake event at Bookshop Santa Cruz on Tuesday, Oct. 15, at 7pm. The theme of the free event is “Santa Cruz Writers on Keeping it Weird,” and other writers participating in this 20th anniversary Litquake will be GT contributor Liza Monroy, Peggy Townsend, Elizabeth McKenzie, and Micah Perks.

Re: “Commission Granted,” (GT, 10/2):  I was the last person censured by a Santa Cruz City Council. And I voted for my own censure. Yes, the drama around my censure was largely politically motivated. And yes, it was hard to quantify how my “crime” actually hurt anyone or was an abuse of power. However, there was an actual issue behind the censure that could actually be proven. I did actually break a rule, and it is reasonable to expect councilmembers not to violate city rules, however unreasonable the rules may be. So, beyond all the usual politics, there was a “there” there.

This move to censure is different. Chris Krohn and Drew Glover were accused of serious misconduct publicly, by a member of the Council, Mayor Watkins, who does not agree with their politics, and continues to struggle with them over the Council’s agenda. Her claims were carefully researched by an outside consultant who was paid $19,000 [Editor’s note: the total was $18,219] to do so. The senior City Staff who supervised the report have every reason to look for dirt on Krohn and Glover, as the two of them represent a threat to the usual way that the city operates.

However, the report does not find evidence of serious misconduct by Krohn or Glover. Krohn was found to be slightly condescending in one instance while Glover was found to be, in one instance, grumpy with another councilmember. These human failings are not breaches of city rules, procedures, or ethics.

The report further admonishes Mayor Watkins, stating that councilmembers should talk to other councilmembers prior to making public accusations. Because of my own subjective affinity for the politics of Krohn and Glover, I was careful not to weigh in on the accusations cast at them prior to reading the report. It is certainly possible that people who share my politics could be worthy of censure. I was. But Krohn and Glover are not.

That a judge finds themselves in their element in family court does not confer on them distinction as a great all-round jurist. The fact that, according to a lifelong divorce attorney in GT’s story, Judge Ariadne Symons, as a complete neophyte, immediately slid seamlessly into the family court groove, may signal limited fitness for working in all other areas of the law.

A vestige of English ecclesiastical courts, family courts are uniquely free of constitutional restraints (since federal courts refuse to touch divorces); the judge’s discretion reigns supreme and unchecked in deciding child custody, and their orders abound in weasel word terms of art like the in-practice-hollow “best interest of the child.” (There is no legal test for evaluating whether “best interest” has been achieved; no ruling can be appealed on grounds that it hasn’t.) This amorphous legal “framework” contrasts sharply with the courtroom rigor and judicial accountability demanded when the rule of law is implemented seriously, and due process, the presumption of innocence, the “beyond a reasonable doubt” standard of proof, etc., are insisted upon.

Since her “severe” censure, Judge Symons has been reassigned from hearing felonies to juvenile-dependency cases—in significant part, I conjecture, to avoid an expected embarrassing number of appeals and burdensome quantity of remands.

Watsonville Wetlands Watch will hold its Fall 2019 Docent Training from Oct. 16-Nov. 2. Participants in this three-week program get be treated to an inside look at the Pajaro Valley and its unique network of freshwater wetlands. They also have fun learning about the natural and cultural history of the wetlands, as well as how to stay committed to community education and environmental conservation. Those interested can call 455-6771 or email [email protected]

Every October at the Cocoanut Grove, the Santa Cruz County Volunteer Center honors the 50 people, groups and businesses who do the most to transform Santa Cruz County through volunteerism with the Be the Difference Awards. This year’s lunch event is Thursday, Oct. 10 from 11:30am-1:30pm. Individual winners include Carol Miller, of the Mountain Parks Foundation, mental health advocate Carol Williamson and Pleasure Point Surf Club coach Michael Allen. For more information on the lunch, visit scvolunteercenter.org.

“We learn geology the morning after the earthquake.”

Previous Article5 Things To Do In Santa Cruz: October 9-15