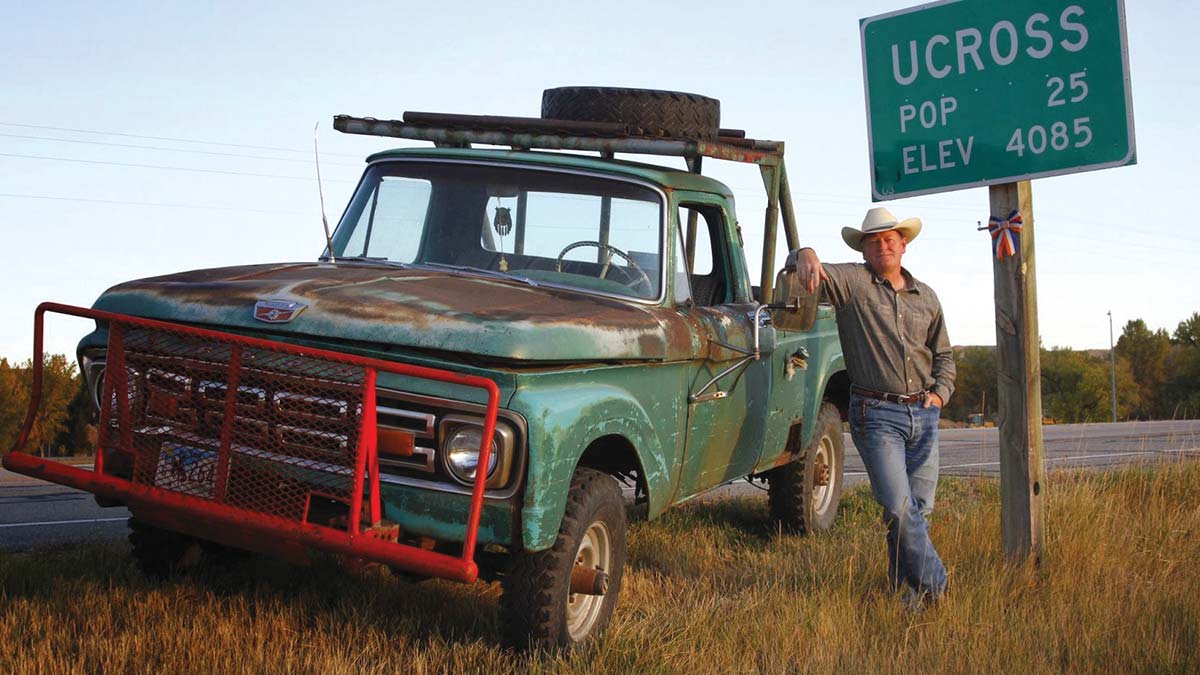 If you haven’t seen the Netflix series Longmire, it’s well worth your time, not just because it’s great TV, but because great TV should send you back to the great books it’s often based upon. An Obvious Fact is the twelfth novel in Craig Johnson’s terrific series about Walt Longmire, a sheriff in Absaroka County, Wyoming. In anticipation of his appearance at Bookshop Santa Cruz, Johnson shared his thoughts on fiction, television, the writing life, and the Milky Way.

When I wrote the first Longmire novel, the CSI stuff was really catching on and everything was about ballistics, forensics, and DNA testing. I thought all that technology was robbing the stories of their humanity. I figured if I wrote a procedural about the sheriff of a rural county in a rural state, it might focus more on character and place, which is where the best writing takes place, and what Steinbeck referred to as a “universality of the human condition.” There’s always going to be an epic, romantic quality to westerns, even contemporary ones, but it comes down to the characters. Walt isn’t like most characters you find in crime fiction. He’s more like us.

How do you incorporate the landscape into your novels?

Studs Terkel once said, “Nothin’ ever happened nowhere.” The landscape informs the characters, and with Wyoming being a place of extremes, it makes for a rich environment. I’m sometimes asked if I’m a mystery writer or a western writer and I guess I’m both, but the western part is the settings of my books, and that has an effect on everything.

“I think if I ever kill Walt off, the readers will kill me. I was lucky to find him. Walt is the best insurance that I’ll continue the series. He’s good company.” — Craig Johnson

You write about people and places many of us don’t have experience with. How do you balance authenticity with great storytelling?

Most of my novels come from newspaper articles, which keep them anchored in the reality of what western sheriffs really deal with. There’s also a responsibility in writing about a place you love the way I love the Bighorn Mountain region of Wyoming—you need to be honest about it so that even if people have never been there, they know it.

You work as a consultant on the TV series. What has surprised you about the process?

I’ve come to consider it an equal but separate universe from the books. There are things that work in books and things that work in television and those two things might not be identical. The greatest surprise is how much I enjoy the show. It’s interesting to see a different take on the characters and world I created.

Do you have an end in mind when it comes to the Longmire series?

I think if I ever kill Walt off, the readers will kill me. I was lucky to find him. Walt is the best insurance that I’ll continue the series. He’s good company.

Any advice for hopeful novelists?

Being a writer is kind of like being a cop—if everybody is running in one direction, you need to run in the other. Take chances and do something different. There are agents and publishers who want you to be the next Hemingway—don’t disappoint them.

Like Longmire, you live in rural Wyoming. It’s a beautiful but challenging place. What keeps you there?

Ucross, the nearest town to my ranch, has a population of 25. That offers me the isolation and focus I need for my writing. At night, after I’ve grained the horses, I step outside the barn and look up into the thick part of the Milky Way—that strip of stars that runs from horizon to horizon, what my Northern Cheyenne friends refer to as the Hanging Road, the trail that our ancestors used to travel back and forth between here and the Camp of the Dead—and no pun intended, I thank my lucky stars. After a few moments, I’ve got horses resting their heads on my shoulders, probably wondering what in the world I’m doing out there, and I wouldn’t trade that for the world.

Craig Johnson will read from and discuss his book at 7 p.m. on Thursday, Sept. 22 at Bookshop Santa Cruz. Free.