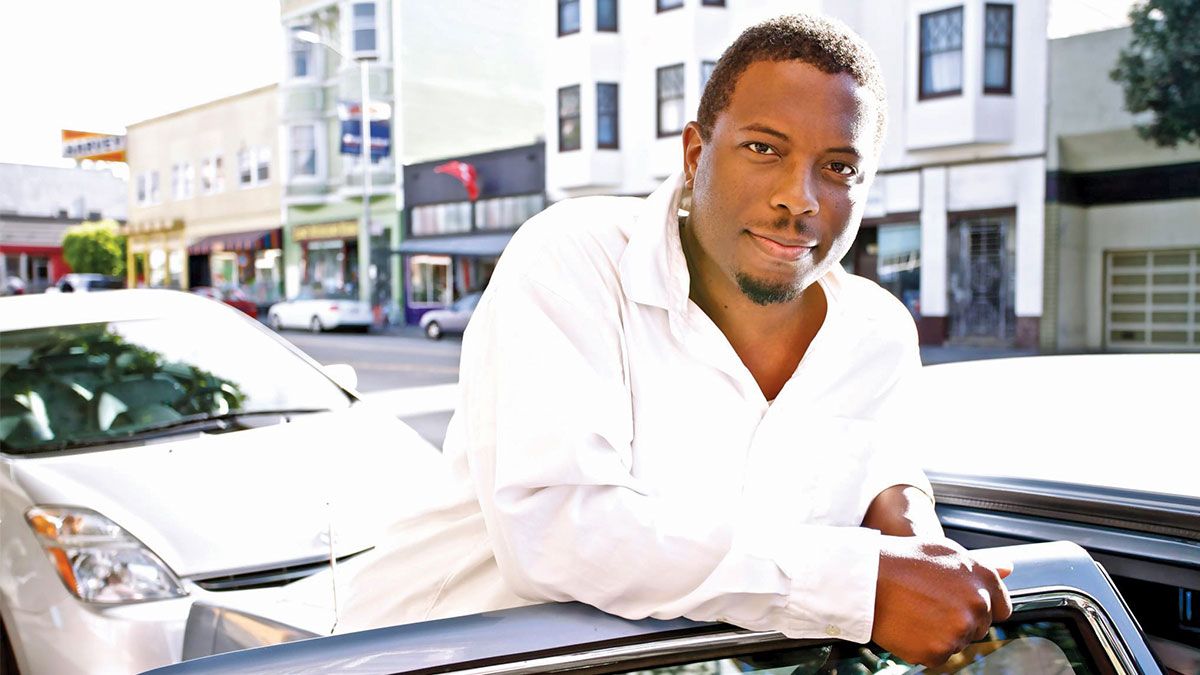 It was in juke joints and southern barbecue shops that pre-rock musicians would hammer out boogie-woogie, rowdy blues and high-octane gospel music—the kind of music that celebrates life while simultaneously dancing away the pain. That’s the era in which Quinn DeVeaux finds his inspiration.

But as much as DeVeaux loves the music of the past, he felt that he needed to carve out his own musical genre, something that honored the music’s legacy while emphasizing innovation and a blending of many different styles. He called it “blue beat.”

“It signifies a beat I’m riding. I call it blue beat because there’s not really a name for it,” DeVeaux says. “Sometimes for shorthand, I say ‘I play soul.’ I learned that calling it blue beat, there’s like a five-minute explanation of what that is.”

He’s been playing music in some form since 1998, but in 2010, he made his new genre official, billing his group Quinn DeVeaux and the Blue Beat Dance Band.

Since then, he’s released two solo records, and two Blue Beat Dance Band records. His two solo records hearken back to when he came up in the late ’90s at Evergreen State College in Washington, playing contemplative songs with no backing band. With the BBDB, he plays feel-good dance music.

“I’m a generally happy guy,” DeVeaux says. “That’s the kind of music I like to listen to—music that lifts me up. I guess I would say it’s uplifting. Life is so short and so beautiful and so worth celebrating that it drives me to do that.”

Originally from Indiana, DeVeaux moved to Oakland in 2002, and stepped up his musical game a notch. While playing solo shows in the Bay Area, he briefly joined a band called Blue Hurt that played dance music. It completely changed his perspective.

“That’s really addictive, when people start dancing to your music. You really want that to continue. So I went off on the whole dance thing,” DeVeaux says.

By 2015, he was starting to feel the limitations of high-energy dance music, and moved to Nashville to focus on the craft of songwriting.

“The problem with dance music is that no one really listens to the words. No one really knows what you’re doing, or cares,” DeVeaux says. “I’m kind of splitting the distance. I love writing, I love the dance stuff, but I also like to have a point to the music. I think music should have a point to it. I felt like I was combining everything that I’d been working on for 10 years or so.”

He’s no longer backed by the Blue Beat Dance Band, but he has a new band that blends his deeper songwriting side with his high-energy dance music. And he’s still in the Bay Area a lot, mostly because the other primary member of his band, Joe Lewis (formerly of Foxtails Brigade), lives here. The duo, along with various other musician friends, helped record DeVeaux’s new record, which is tentatively scheduled for an early 2018 release.