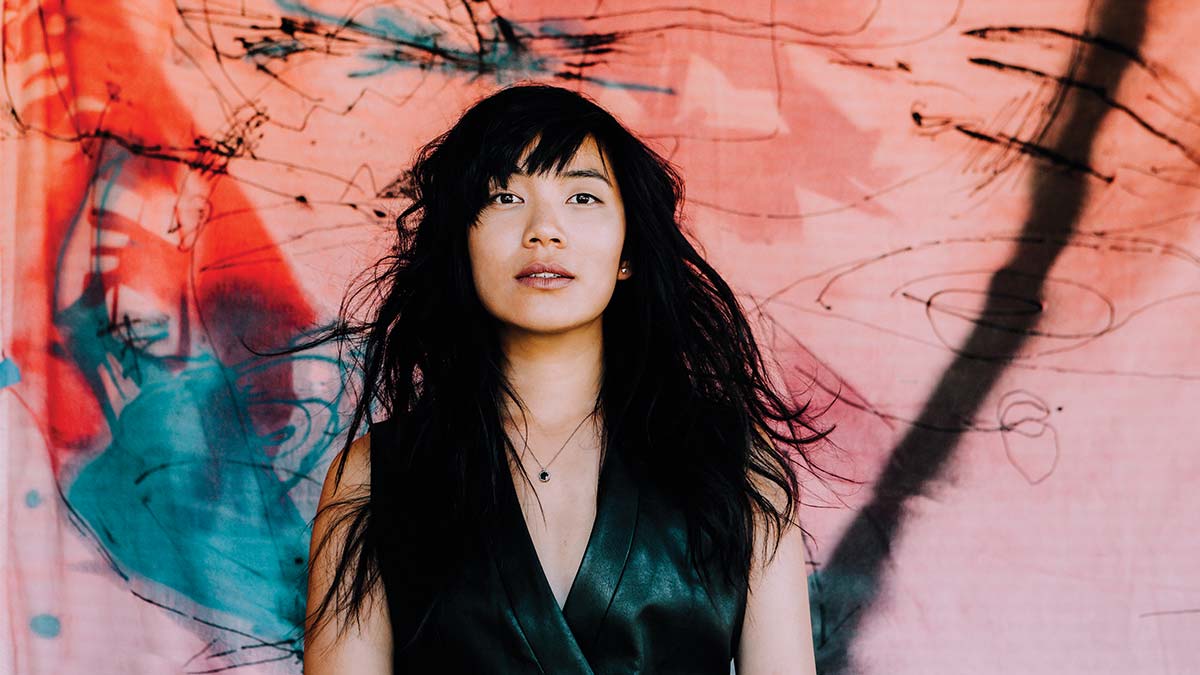 Longtime fans of Thao and the Get Down Stay Down might find the group’s latest record nearly unrecognizable—sonically and lyrically. But it’s also Thao Nguyen’s strongest effort to date.
The band’s first handful of records dealt primarily with the lead singer and band leader’s life experiences, romantic entanglements, and the like. With the band’s fourth album, 2013’s We the Common, Nguyen pivoted dramatically, drawing on her time working at the California Coalition for Women Prisoners. But it’s the newest album, A Man Alive, released this year, that truly sets itself apart; it’s a sharp departure from her past works, leading back to self-examination, and delves far deeper than any of her previous works.
In A Man Alive, Nguyen goes back to the source, to her relationship with her estranged father, and how it’s impacted her life.
“I lived most of my life without him. There are songs where I’m writing from his perspective and there are songs where I’m talking to him about my relationship to my life [that exists] because of him,” says Nguyen. “I found it incredibly illuminating. Once I allowed myself to go there then there were a lot of things that came out that I had never wanted to visit.”
We the Common was a piece of musical activism which, with Nguyen’s background in sociology and feminist studies at the College of William and Mary in Virginia, is no surprise. But in order to comment on the bigger picture, she says, she had to be willing to make herself vulnerable.
“Touring We the Common, having that sense of community and having a warmer interaction with audiences, I think I realized I couldn’t keep looking outward without working out internal affairs,” Nguyen says. “At a certain point, if you want to keep being productive and giving and being a part of the community, if there are things to sort out internally, then it needs to be addressed.”
A Man Alive carries a different tune. Thao usually gets categorized as “uplifting indie-folk,” so it was a deliberate move on her part. She wanted the album to be more bass-oriented, she says, to have a deeper, even hip-hop groove to the songs.
Nguyen worked with Merrill Garbus of the Tune-Yards on the album as producer, who shared Nguyen’s vision for the record’s sound. Nguyen wrote songs on whatever instrument she felt inclined to—often guitar, but not always. Then she’d deconstruct the songs, bring them down to their essence of bass and rhythm, and then re-introduce guitars and other instruments as leads.
“It’s stuff I’ve always been into that’s less demonstrated in older records,” Nguyen says. “At that point I felt that I had done enough of the guitar-based songwriting. I wanted to explore other avenues.”
Inspired by the emotion and the instrumentation, there’s an intense energy to A Man Alive: the lyrics were a catharsis for Nguyen, and you can hear it in every note.
“There’s a lot of dark matter on the record. The live show can be an intense one but that’s what I was hoping for,” Nguyen says. “Some of the songs are a more apt vehicle for that kind of intense emotion, so to have that outlet was helpful. Both were independent, but it was clear they were going hand in hand and helping each other.”
As she’s toured for the album, Nguyen’s spoken to a lot of fans. “The pretense is removed pretty quickly. It becomes a very down-to-earth and honest interaction,” she says.
By putting herself more into her music than ever before, she’s received a different reaction from many of them, and for those who’ve had similar experiences Nguyen’s lyrics hit home:
“It’s been very sweet and humane. It just becomes a sort of a bonding, common ground,” says Nguyen. “Everyone has someone in their family that doesn’t meet expectations.”

Next ArticleGiving Food Trucks Another Look