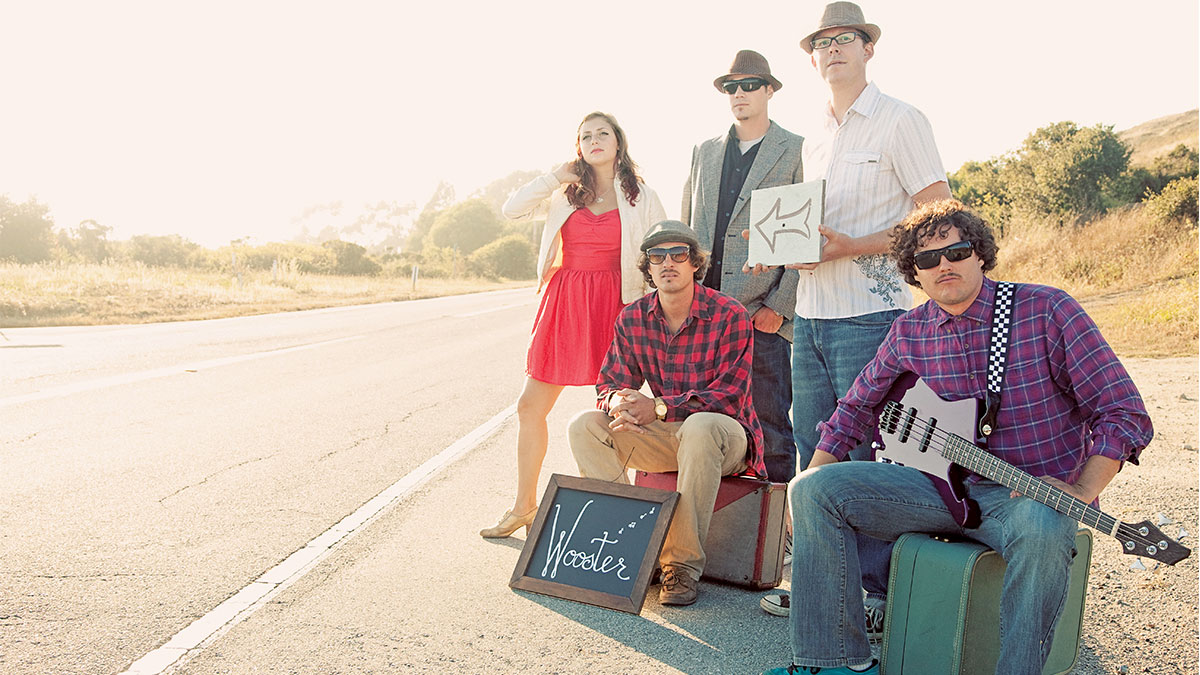 Three years ago, local dance-rock-jam ensemble Wooster played their last show, a sold-out Moe’s Alley farewell at which they played both of their albums in their entirety. Over the course of the night, they had everyone on stage who’d ever been in the band. It was an emotional celebration.

The band members haven’t spent too much time together since, and have gone on to pursue individual goals. But this Halloween, the band gets together once again to headline Moe’s.

“I definitely had a little bit of a breakdown after the whole thing was over,” says guitarist Brian Gallagher. “But it was a chance to see what was next.”

The band had a good run locally. They even had a legitimate hit—in Guam. Gallagher says the last time he checked the numbers on Spotify for their low-key, reggae-influenced “Ooh Girl,” it had nearly 900,000 plays.

On YouTube, there are more than a dozen videos of would-be Woosters, mostly from Guam, covering the song. “Ooh Girl” got so big that the band was flown to Guam in late 2013 to play five sold-out shows. Gallagher recalls going to a high school and getting swarmed by kids asking for their autographs.

“We got treated like royalty. It was a once-in-a-lifetime opportunity,” Gallagher says. “Everyone was waiting for us to play that song. When are you guys going to play ‘Ooh Girl?’ We could have just played that 12 times in a row.”

Around the same time as this Guam trip, Wooster was just releasing its second album. Things were looking bright for the group, which had been touring the West Coast regularly and selling out local venues—usually Moe’s Alley—with some consistency. They were averaging 50 to 75 shows a year.

But less than a year later, the band played its final show. A combination of touring exhaustion, new personal responsibilities and a feeling that their second album didn’t take off quite to the extent that they had hoped it would led to them calling it quits.

“I think in the back of our heads, we always knew we’d be down to do it again. We had such a cool thing going. It’s more of a community experience for us. People that came out to the show, we’re all still really good friends,” Gallagher says.

Before Wooster became a band, it was Gallagher’s solo project. Originally from New York, he named the band after Wooster Street in his hometown. He moved to Santa Cruz for college, and started working with Zack Donoghue and Caroline Kuspa for about a year. Together they reworked some of Gallagher’s songs and wrote some new ones. When it came time to record what would be Wooster’s debut record, he hired some players he admired in town—Bobby Hanson, Nate Fredrick, Dustin Hengl and Gianni Staiano—who’d eventually join.

“I figured out who were some of the best musicians in Santa Cruz, and surrounded myself with as many of those people as I could,” he says.

In the coming years, they adapted those songs into an eclectic live band experience, pulling from the diverse influences of reggae, soul, indie, folk, and creating the sound that Santa Cruzans would come to know and love.

There was so much energy and support for the band by the time they recorded their second album that they were able to fund it through money they’d made from touring. When it didn’t propel them forward, it was kind of a surprise.

“It definitely seemed like the first album caught on more,” Gallagher says. “The second album didn’t pick up or have the same hits. Our second record was more of what we do at our live show, where the first one was based on the songs.”

This upcoming show could be the beginning of something regular again for the group. They probably won’t be touring and playing 75 shows a year, but they might make it a regular thing to gig locally, depending on how this show goes.

“It’s kind of like a big reunion for us to get back together to play this music that was such a big part of our lives,” Gallagher says. “It’s very meaningful for us that we get to play these songs again and revisit those days and all those memories we have.”